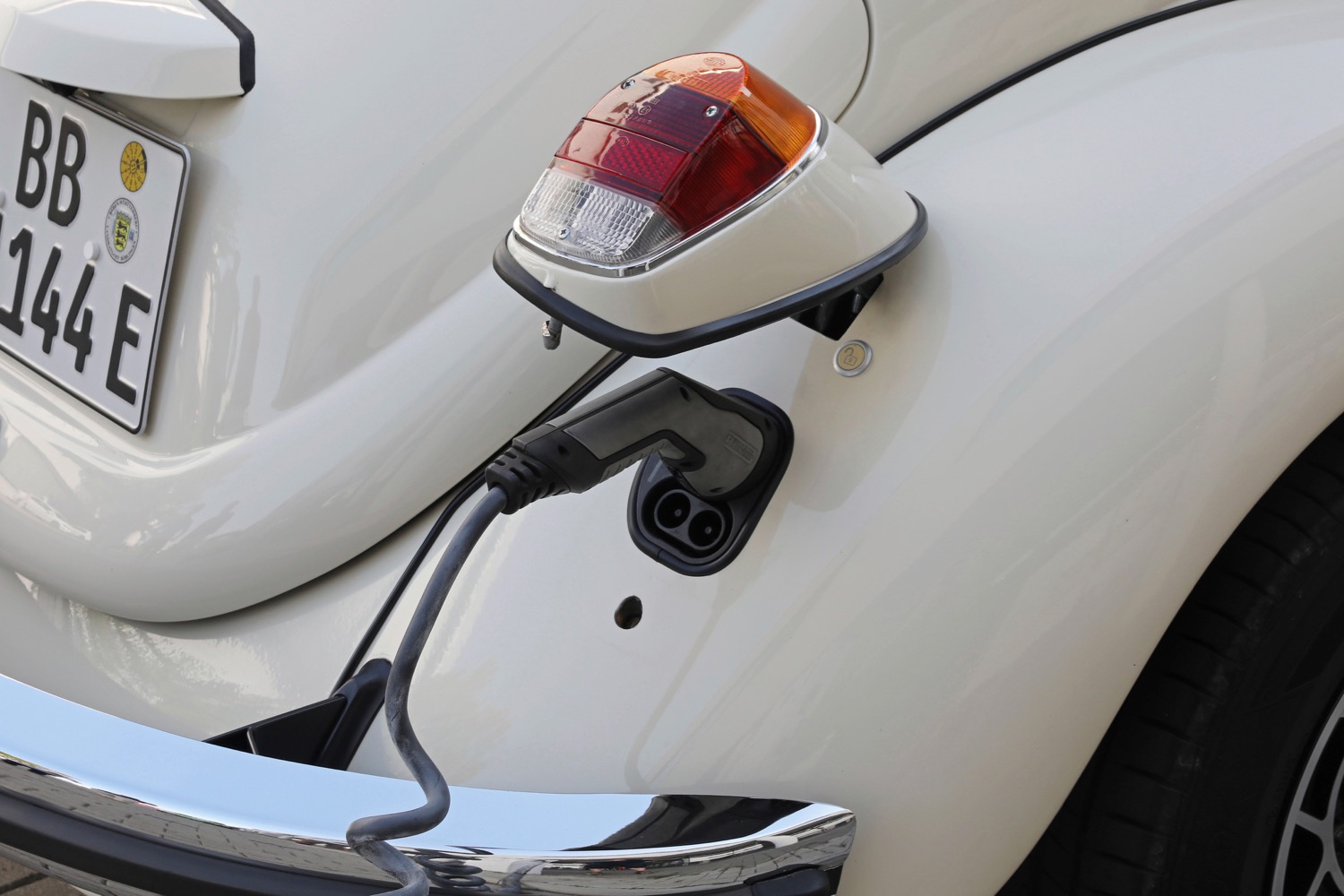 Embracing the future doesn’t have to mean giving up on the past. One of the great things about cars is that they can be modified, and increasingly-popular modification for classic cars is swapping out the old internal-combustion engine for a modern electric powertrain. With classic looks and zero emissions, it provides the best of both worlds. Here are some of our favorite electric conversions of classic cars.

Vintage Ford Mustangs aren’t known for their handling, but that’s something Charge Cars sought to change with its electric conversion. The British firm used an electric motor and lithium-ion battery pack that lower the car’s center of gravity compared to the stock six-cylinder or eight-cylinder gasoline powertrain. Charge Cars’ Mustang also has all-wheel drive, rather than the stock rear-wheel drive. But if a zero-emission, corner-carving Mustang sounds good to you, you’ll need to come up with a lot of cash quickly. The company is charging (no pun intended) about $380,000, and production is limited to 499 cars.

Messing with a car as iconic as the E-Type is a big risk, but this electric conversion comes straight from the source. After unveiling a one-off prototype that became famous when it showed up at the Royal Wedding, Jaguar plans to build a limited run of electric E-Types. A 40-kilowatt-hour battery pack takes the place of the original inline-six engine under the hood, while the electric motor sits where the transmission would normally go. Jag claims the electric E-Type is actually 1.0 second quicker from zero to 60 mph than the stock version. The electric conversion is also fully reversible, to help protect the cars’ value. Collectors still value originality above all else.

Founded by a group of brothers, Austrian firm Kreisel Electric looks to demonstrate its prowess at developing electric powertrains by stuffing them into any vehicle the brothers can get their hands on. This Evex is a replica of the Porsche 910, a race car the German automaker originally launched in 1966. But the performance of this car is fully modern. Kreisel claims this “910e” will do zero to 62 mph in 2.5 seconds, and reach a top speed of over 186 mph. Range is estimated at 217 miles, and the car is capable of bidirectional charging, so it can act as an emergency power source during blackouts. If you want something a bit roomier, but less retro, Kreisel also did a Mercedes-Benz G-Class electric conversion for Arnold Schwarzenegger.

The original Mini Moke (rhymes with “bloke”) was a more utilitarian take on the iconic British car, and recently it was given a new lease on life. Moke America builds Mini Moke replicas with electric powertrains. If you’re wondering how a car with no roof or doors that’s the size of a modern ATV can pass crash tests, know that Moke America has though of that. The modern e-Moke is classified as a low-speed electric vehicle. As far as the government is concerned, it’s an oversized golf cart. That means top speed is limited to 25 mph, and the Moke isn’t street legal in some states. But it was primarily designed to operate on private property, like resorts or college campuses.

The founders of Dutch firm Voitures Extravert were concerned that increasingly-strict emissions standards would push classic cars off the streets of European cities. The company specializes in electric Porsche 911 conversions, offering styling from the 1960s or the 1980s. A 58-kilowatt-hour battery pack offers a claimed range of 250 miles. Performance is a bit leisurely by modern standards, with zero to 62 mph in around 6.0 seconds and a top speed of 124 mph, according to the company. Voitures Extravert does claim to have improved the traditional tail-heavy weight distribution of the 911, achieving a perfect 50/50 front/rear balance by distributing battery cells throughout the car. But the conversion doesn’t come cheap: prices start at around $330,000, not including the cost of a donor car.

After watching aftermarket companies offer electric conversions for its classic Beetle, Volkswagen decided to get in on the action. VW’s e-Beetle uses components from the e-Up!, an electric version of the Up! city car, which isn’t sold in the United States. The donor parts imbue the e-Beetle with 81 hp and a top speed of 93 mph – impressive figures for a Beetle. Range is estimated at 124 miles, and the e-Beetle features DC fast charging, allowing for a 75% charge in about an hour, according to VW. German firm eClassics will handle the actual builds, and Volkswagen has said it may follow up the e-Beetle with an electric Porsche 356 sports car.

In addition to the Beetle, VW has electrified another classic model, albeit not for series production. The Type 20 is a one-off concept vehicle built to celebrate the 20thanniversary of Volkswagen’s Silicon Valley research center. Based on a 1962 Type 2 11-window Microbus, had a 120-hp electric motor, as well as active air suspension designed by VW sibling brand Porsche. Instead of door locks, the Type 20 uses facial recognition scans to grant access. Engineers also used cutting edge “generative design” to create pieces like the wheels and mirror supports. The alien-looking parts were inspired by natural forms, in order to maximize strength while minimizing weight. Volkswagen plans to launch a new electric production model with styling inspired by the Microbus in 2022.

This modified 1960s Ford Bronco is a more rugged take on electric power. Built by a company called Zero Labs, it features a beefy four-wheel drive system and upgraded shock absorbers for off-roading, something a Bronco is expected to handle. Range is estimated at 190 miles, and the electric motor produces a stout 369 hp. On the inside, buyers can select bamboo trim and, in keeping with the eco-friendly them, vegan leather. Ford will relaunch the Bronco in 2020, but don’t expect the new version to be electric.

This 1968 Ford Mustang is one of the quickest cars you will ever see. Dubbed Zombie 222, its maker claims the car will do zero to 60 mph in 1.7 seconds. That makes it quicker than any current supercar, as well as the two quickest cars on the horizon – the Tesla Roadster and Rimac Concept Two (which both happen to be electric). The Zombie 222 has two electric motors producing a combined 800 hp – more than a 2020 Shelby GT500 Mustang. This is one zombie that will take more than a headshot to bring down.

You don’t need a fancy shop and a ton of money to make your own electric car. Watching his older brother beg their parents for gas money convinced 12-year-old Adam Lansing to build his own electric car. But Lansing’s dream ride – a 1980 Toyota Celica – wouldn’t be completed until its builder turned 18. Lansing had to recondition the Celica, which had sat so long that a tree branch was growing through its rear bumper, and design the electric powertrain by trial and error. Lansing reckoned he rebuilt the Celica 52 times before getting it right. The Texas native has since started his own company, Hawkeye Innovations LLC, and hopes to do more gasoline-to-electric conversions.