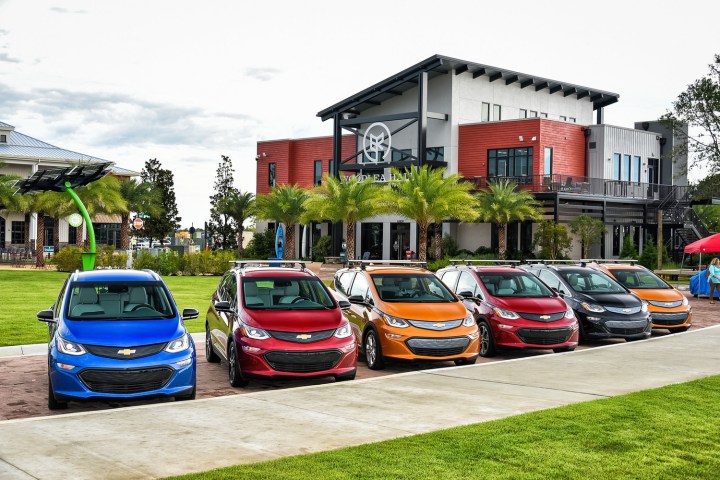 Long charging times are still a major roadblock for electric cars, but Delta Electronics wants to change that. The company plans to test a new system that can add 180 miles of range to an electric car in just 10 minutes. General Motors is a backer of the project.

Delta’s prototype charging station uses solid-state transformers (SST), and operates at a much higher power level than current charging stations — 400 kilowatts. To put that in perspective, Tesla’s Supercharger DC fast-charging stations only charge at 120 kW per car. Delta also claims its system is 3.5 percent more efficient at transmitting electricity from the grid to a car, at 96.5 percent.

The SST charging station is only a research project right now, though Delta expects to have a prototype ready by 2020. The company expects to spend three years and $7 million on the technology, with backing from GM, DTE Energy, CPES Virginia Tech, NextEnergy, the Michigan Agency for Energy’s Energy Office, and the City of Detroit’s Office of Sustainability.

As with all research projects, it’s unclear if Delta’s super-fast new charging technology will prove to be commercially viable. But a faster charging station is definitely needed to keep pace with electric-car development.

Range is another major drawback for electric cars, and the easiest way to increase it is to cram more storage capacity into a vehicle. Take the Nissan Leaf, for example: it launched in December 2010 as a 2011 model with a 24-kilowatt-hour battery pack, then got an upgrade to 30 kWh for the 2016 model year. For the second-generation 2018 Nissan Leaf, capacity was bumper 40 kWh.

But with an EPA-rated 150 miles of range, the Leaf is now outclassed by the likes of the Chevrolet Bolt EV, Tesla Model 3, and upcoming Hyundai Kona EV. So Nissan is working on a longer-range version with an even larger battery pack. Charging-station manufacturers will have to match the pace of developments like this in order to avoid obsolescence.