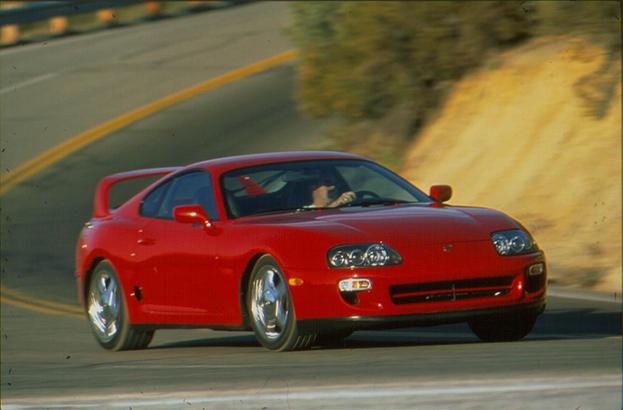 Uchiyamada, who is set to become Toyota’s next chairman at the company’s annual shareholder’s meeting next week, has another sports car on his wish list, one that will revive the spirit of the legendary Supra.

Bloomberg reports that Uchiyamada wants Toyota’s next sports car to be a step up from the FR-S (badged Toyota GT86 abroad), so that it won’t overlap with the smaller car.

“That’s what I want but it’s not me who makes the decision,” Uchiyamada said in an interview in Osaka, deferring final judgment to the engineers.

Pop culture nerds know the Supra as the Tang orange “10-second car” driven by Paul Walker in the first Fast and Furious movie, but it had a much more serious role to play off the screen.

Back when Toyota had a full lineup of performance cars, the Supra was what anchored it. Four generations of Supra were built from 1978 to 1998 (although it hung on in Japan until 2002), each exemplify the sports car ideal with slick styling and powerful engines.

It’s hard to believe that such a car came from a company known for the sedate Camry and pious Prius, which is why a new Supra would be very important to boosting Toyota’s image. CEO Akio Toyoda has been pushing his company to build exciting cars, and a sports car sounds pretty exciting to us.

Equally improbable is the fact that Uchiyamada is the one calling for that car. He’s known as the “Father of the Prius,” so it’s pretty remarkable to see him let his hair down (not literally, of course).

Toyota has already laid the groundwork for a new Supra-like sports car.

The Japanese carmaker recently partnered with BMW to develop a sports car, as well as a pooling of resources on hydrogen fuel cells and electric car tech.

Farming out development worked pretty well for Toyota with the GT86/FR-S, which was co-developed with Subaru, and BMW definitely knows its way around a sports car.

If Uchiyamada gets his way, expect the BMW-Toyota Supra to be a step up from the FR-S in size, power, and price, just as the old Supra sat atop the Celica and MR2 in the Toyota lineup of yesterday.

Also, don’t expect the new sports car to hit showrooms anytime soon; development is just beginning. Despite fulfilling the same role as the Supra, it may also go by a different name.

Are you ready for a new Toyota Supra? Tell us in the comments.