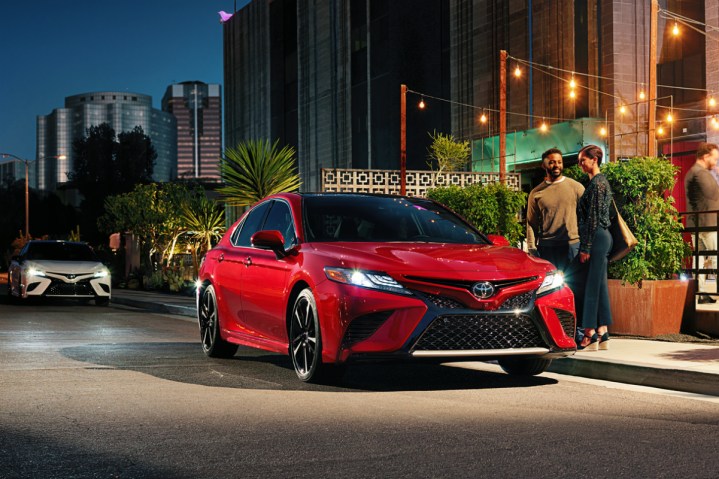 Ridesharing services like Uber and Lyft rely on drivers to provide their own cars, which should mean endless variety for riders. But drivers seem to prefer one car over others. The Wall Street Journal has confirmed what many riders likely suspected: Uber and Lyft drivers love the Toyota Camry.

A 2018 report by the New York City Taxi and Limousine Commission, the agency that regulates for-hire vehicles in the Big Apple, found that 38 percent of the 72,000 app-dispatched cars in the city were Camrys, noted The Wall Street Journal. In comparison, the second-place Honda Accord only accounted for 11 percent of ride-share cars, according to the report.

The Camry has a reputation for being reliable, but also boring (Toyota has tried to change that recently). Rideshare drivers only care about the former. Multiple drivers interviewed by The Wall Street Journal cited reliability as the reason for choosing a Camry, with one driver claiming to have racked up 131,000 miles. The Toyota sedan’s comfortable ride was also cited as a plus.

Rideshare drivers must cover maintenance costs, so it makes sense for them to prioritize reliability. If you’re going to spend hours in a car, a comfortable ride is important as well (it could also help improve your rating). The Camry is also available as a hybrid, lowering fuel costs and future-proofing against potential new congestion charges, and it’s one of the most common cars on the road, which makes spare parts easier to find.

Uber and Lyft drivers aren’t the only ones with a fondness for the Camry. While the Nissan NV200 van was named New York City’s official “Taxi of Tomorrow” in 2011, and hit the streets in 2014, you’re much more likely to hail a Camry (city officials stopped pushing cab drivers to use the NV200 in 2018). Toyota’s dominance in the taxi and rideshare markets isn’t limited to the Camry, either. The Highlander and Prius can often be seen sporting taxi yellow, or an Uber or Lyft window sign.

The relationship between Uber and Toyota is even becoming official. Toyota recently led a $1 billion investment round for Uber’s self-driving car division. Prior to that, the two companies announced a partnership to develop autonomous cars, including the launch of a test fleet of Toyota Sienna minivans equipped with autonomous-driving tech.

Call of Duty: Warzone’s new map is a breath of fresh air, but these 5 things would make it better

How astronauts on the ISS are growing crops without soil