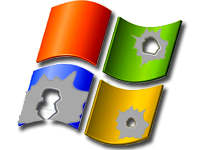 And Microsoft thought its biggest problem this week was Google. According to the company’s lawyers, the sale of pirated Microsoft software has been lining the pockets of infamous Mexican drug cartel La Familia Michoacana. The money from the counterfeit copies has funded the group’s extremely illegal activity, including kidnappings and drug and weapons trafficking.

La Familia Michoacana is an elite gang in Mexico and sees a profit of $800 million annually, much in thanks to the sale of pirated and counterfeit products. Microsoft associate general counsel David Finn wrote on the company’s blog that the criminals had been distributing the illegal material “through thousands of kiosks, markets, and stores in the region.” La Familia Michoacana also demanded that vendors carrying the software met sale expectations, enforcing “a ‘form of extortion’ on locals.” Finn revealed that Office 2007 discs bearing the “FMM” logo (Familia Morelia Michoacana) of the cartel not only hurt the consumers buying them, but Microsoft’s reputation.

In addition to the ring of extremely illegal and likely terrifying activity, Finn also adresses the possibility of the many computers now exposed to Microsoft software laden with viruses. “It’s not just the fact that they’re concerned that purchasing counterfeit software could contribute to violent gang activity; they’re also concerned that illegal software is infected with ‘malware’ – computer viruses, Trojan horses, or botware – designed to damage computers, destroy data, compromise security, and steal their identities.”

Last March, a string operation in Los Reyes turned up “rooms crammed with about 50 machines used to copy CDs and make counterfeit versions of software like Microsoft Office and Xbox video games. [Police] arrested three men on the spot,” The New York Times reported in November. One source who remained anonymous for fear of safety said that, “the entire operation was very complicated and risky.”

Microsoft is one of many software manufacturers taking a stand on piracy this year, claiming the continued profit loss and connected violence are escalating at unjustifiable rates. Google has taken subtle measures to prevent illegal downloading, Nintendo claimed this fad is on its way out, and Microsoft has made clear it will combat counterfeit software with a “team of 75 investigators, lawyers, engineers, and advisors [who] will continue to build new anti-piracy technology to keep ahead of these sophisticated operations.”