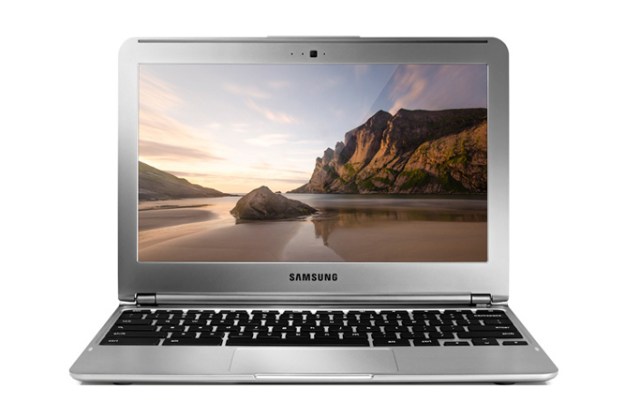 “The big draw of the Chromebook Series 3 is the $250 price. Chrome OS isn't fully baked yet, but it’s good enough when paired with an inexpensive and well-built machine.”

Samsung’s Chromebooks have always been good pieces of hardware that’ve been somewhat hindered by an uninspired operating system and prices that were just slightly too expensive. Given the limitations of Google’s Chrome OS, the Chromebook is much more useful as a secondary computer. However, a secondary computer is a luxury that most people will find difficult spending $500+ on.

Enter the new Samsung Chromebook Series 3, priced at just $250. This ARM-based machine features long battery life and a lightweight design. Is this finally the perfect Chromebook? Read our full review to find out.

Just as with previous Chromebooks made by Samsung, the Series 3 is a nice piece of hardware. It’s light, slim, and evocative of the Ultrabook aesthetic. Though it’s not made of premium materials, it still feels sturdy overall. If not for the Chrome label on the otherwise unadorned lid, you could easily mistake this for one of Samsung’s Windows laptops. And, if you squint a bit, you might even mistake it for a MacBook Air.

As for the Chromebook’s design, the 11.6-inch Series 3 is similar to the 12.1-inch Series 5 Chromebook that Samsung released this summer. This time around, the company kept what worked with the previous design and fiddled a bit with port placement.

All of the ports are on the back of the laptop except for the SD card slot and headphone jack, which are situated on the left. There aren’t many ports to contend with — another Ultrabook-esque quality. The device offers just one USB 2.0, one USB 3.0, full HDMI, and a SIM card slot (on the 3G version). Positioning ports on the back isn’t ideal as it means having to reach back or turn the computer around to plug something in. That being said, since you probably won’t use the ports much anyway, the lack of ports and port position aren’t as big of a drawback on a Chromebook as on other systems

The keyboard on the Series 3 is the same as the Series 5. Its square, island-style keys are very reminiscent of a MacBook and offer decent tactile feedback and travel for a system this thin. However, there are a few small differences between the keys you’ll find on a Mac or PC and the keys you’ll find on a Chromebook. First, there’s no Fn key because there are no alternate functions for the keys; second, a Search key replaces Caps Lock; and third, the top row houses useful shortcut keys for adjusting volume and brightness, reloading a page, and other browser functions. Windows users may also miss the Delete key.

The clickpad below the keyboard is surprisingly responsive and easy to use. It’s not as tall as we would like, but the wide surface makes up for that. Executing gestures took very little effort.

The 11.6-inch display has a resolution of 1366 x 768 – higher than that of the Series 5, though that Chromebook also has a bigger screen. While we usually appreciate a matte display for wide viewing angles and better visibility in the sun, this one isn’t as bright as we’d like. Colors are crisp but dim and black levels aren’t very deep.

That being said, the Chromebook offers a decent video-watching experience in both bright light and dim surroundings thanks to the viewing angles. Unfortunately, the audio is a disappointment. Both speakers are on the bottom of the unit, and unless it’s sitting on a flat surface, music and others sounds are muffled.

The browser as an operating system is a slightly less radical idea now than it was back when Chrome OS first came out in 2009. Since its release, Google has worked hard to make the interface feel more like what people have become accustomed to with Windows and OS X. It’s still not a clone of those operating systems, but it’s a lot better than it used to be. With previous Chromebooks, the OS was basically one big browser window in your face. Thankfully, with the inclusion of a desktop in the Series 3, that claustrophobia is gone. Read our overview of the new desktop here.

We can offer the Series 3 the same praise we gave the Series 5 earlier this year in that Chrome is now much more stable than previous iterations and also comes with a slicker design. However, the OS also has the same drawbacks as before

File management still needs a lot of work, especially with the new workflow of Google Drive. The lack of robust security options and parental controls will put off some users, as will the continued lack of apps that work offline.

There is a small cache of offline-enabled apps in the Chrome Web Store, many of which come from Google. Until the number grows exponentially, Chromebooks remain almost useless when not connected to the Internet.

Google has tried to address this problem from the beginning by offering 3G connectivity alongside Wi-Fi. The $330 Series 3 3G version of the Chromebook comes with 100MB of free data over Verizon’s 3G network for two years. If you need more data, it will cost $20 for 1GB per month, $35 for 3GB per month, and $50 for 5GB per month on a pay-as-you-go basis. An unlimited day pass is $9.99.

One of the reasons the Series 3 is so inexpensive is that it runs on an ARM processor similar to what you’ll find in a smartphone or tablet. The 1.7GHz dual-core Samsung Exynos 5 CPU is backed by 2GB of RAM. There’s 16GB of on-board memory that’s used mostly for browser cache but also for documents, music, and other files you need offline.

Since Chrome OS is basically just a browser, it doesn’t require heavy resources. We did see a big difference in the performance of Intel Celeron processors over the Intel Atoms in the first generation of Chromebooks. So how does this ARM-based version stand up?

We couldn’t run our normal benchmarks on this system, but it scored 1,226 in the browser-based Peacekeeper test. That’s under the Series 5’s average of 1,700, but far better than Atom-based systems which usually scored around 500.

Overall, the Series 3 felt snappy, especially when booting or resuming from sleep. YouTube videos played with minor, occasional hitches. The Chromebook handles casual gaming well, but there was noticeable drag once we started to push it with more tabs.

At about 15 tabs, we started to see the refresh/reload behavior when switching tabs, indicating there’s not enough readily available memory. The available 2GB is enough for medium multitasking – and not much more.

The biggest advantage of an ARM processor over an Intel one is longevity, and the Chromebook delivers on that. We used it for over 7 hours in our hands-on time, watching videos, browsing the Web, playing games, and writing. After 7 hours, the battery indicator only got down to about 7 percent. The Series 3 is also good at conserving energy when in sleep mode, so we were able to use it a whole day on one charge.

Another benefit of ARM is less heat overall. During testing, we never felt undue heat on the bottom or top of the Series 3. We also didn’t hear any fan noise or other errant sounds in quiet environments.

Hardware-wise, the Series 3 is a solid laptop. However, as with all Chromebooks, the sticking point is the software. With this model, you have the advantage of the low $250 price tag. That amount isn’t much for a machine that can do basic tasks fairly well, especially if you know you’re going to use it in areas where connectivity isn’t in question.

Ultimately, the price may be the big draw for the Samsung Chromebook Series 3. Chrome OS may not be fully baked just yet, but it’s good enough when paired with something this inexpensive and well-built.