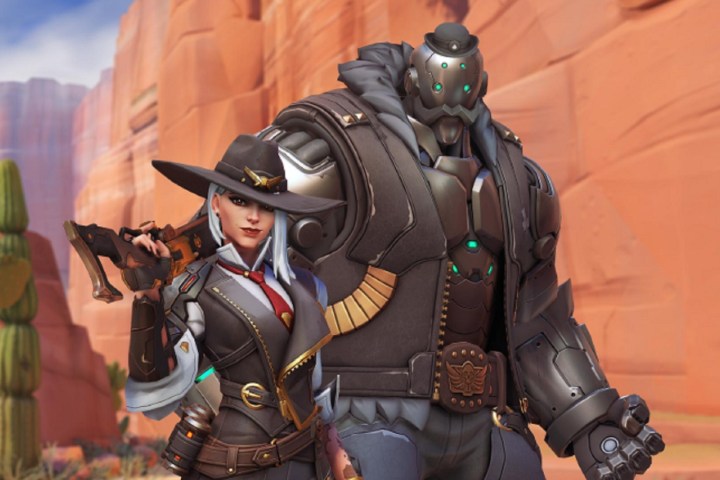 Overwatch‘s Pixar-like visuals and lack of gore make it a perfect fit for Nintendo, and since the Nintendo Switch launched in 2017, players have been asking Blizzard to release the game on the hybrid system. Up until now, we hadn’t heard any news on this coming to fruition, but a listing for a case on Amazon appears to have spilled the beans.

Deleted just minutes after it was posted on the Amazon website, the listing is for a PowerA Nintendo Switch case officially licensed by both Nintendo and Blizzard Entertainment. The case sports the classic Overwatch orange coloration and the logo on one side. Another Overwatch symbol is included on a tag inside the case. Similar cases exist for other Nintendo franchises, such as Mario.

Of course, it makes very little sense for Nintendo and Blizzard to release a case like this if there aren’t plans for a port of Overwatch on Switch. Although developers have expressed concerns about its technical feasibility in the past, that tune has changed somewhat more recently and it seems to be a question of resources more than anything else.

Blizzard has experience on the Nintendo Switch already, as well. Diablo III is playable on the console along with its expansions, but that game was originally released in 2012 and isn’t exactly a graphical powerhouse. Overwatch needs to keep a stable framerate on any system it supports, but we’ve seen games like Fortnite run on Nintendo Switch with very few problems. Provided you have internet access on the go, Overwatch in a coffee shop on a handheld sounds like the perfect way to spend an afternoon. The Switch’s convoluted voice chat system could also have some benefits here, as people aren’t going to go through the trouble of setting up the mobile application in order to yell at you for picking Winston.

PAX West begins this weekend, and if Blizzard is waiting for the chance to reveal Overwatch on Switch, it’s likely going to happen then. We’re still holding out for the day we can take our Tauren hunters on the go with us in World of Warcraft, as well, but that will have to wait for another day.