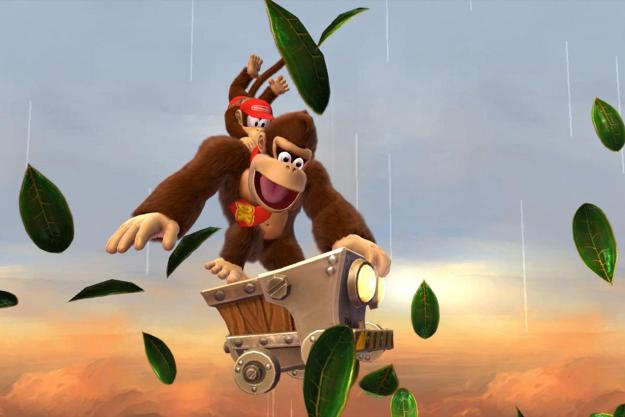 “Donkey Kong Country: Tropical Freeze distinguishes itself from an already crowded stable of Wii U platformers, but not always in a welcoming way.”

Donkey Kong Country: Tropical Freeze is old-school, often to a fault. As part of the Wii U’s platformer-heavy library, surrounded by excellent games like Super Mario 3D World, Rayman Legends, New Super Mario Bros U, and Bit.Trip Runner 2, it needs to be exceptional to justify its place in this crowd. Tropical Freeze comes very close to achieving those lofty heights, but pacing problems keep it from masterpiece status. Like so many promising platformers that fail to find a wide audience, Retro Studios doesn’t quite nail the right balance here between difficult and frustrating. Years later, on the Nintendo Switch, Tropical Freeze falters for the same reasons: Its charm remains undeniable, but its grating challenges create rough edges that stand out compared to Nintendo’s best works.

It’s not a problem that is apparent on the surface. From the very first seconds of the game, when some badass animal Vikings show up to take over Kong Island, it’s clear that Retro has an imaginative vision for realizing a high-def Donkey Kong. Exhaustive attention to detail in every little scene and level makes Tropical Freeze seductive to the eye. There’s no sense of history repeating in the game’s six multi-stage worlds (plus a bunch of hidden, extra hard stages in each); every new location feels fresh.

Exhaustive attention to detail in every little scene and level makes Tropical Freeze seductive to the eye.

The African Savanna-style world has you jumping between giant giraffe puppets in one stage and throwing aloe-oozing plant bulbs to put out fires the next. Then Donkey’s off to an island that’s been converted into a giant fruit juice processing plant, a place where moving platforms are giant graters shredding enormous berries. All of it is rendered with an emphasis on style that would make even Don Bluth nod in approval.

The same goes for characters. Snowmads – those jerk penguins, walruses, owls, and other Nordic critters that have jacked the Kong clan’s land and fruit – glow with cartoon life, all ruffling feathers and surprised eyes. Kongs Donkey, Diddy, Dixie, and Cranky all have personalities that shine through in the way their mechanical differences are represented.

Dixie spins her ponytail like a helicopter’s rotors to catch air and hover while Diddy does the same with his jetpack. Cranky pogos around on his cane like a slower NES-era DuckTales Scrooge McDuck. More impressive are the subtle quirks, such as the way Donkey Kong kicks his feet while swimming underwater and the way his fur ripples in the current. Retro made a visually intoxicating game.

Playing feels as good as looking, though it takes some getting used to. The controls are at least flexible; you can customize your button layout and leave motion controls turned off if you wish. It’s acclimating to the staccato rhythm of the game’s platforming that takes time. You’ve got three different buttons for jumping, running/grabbing barrels or enemies, and rolling/ground-pounding. Using all three together feels awkward at first.

Donkey is too slow when he’s walking to clear even simple jumps; it’s all too easy to fall into a bottomless pit, even in the early game, if you don’t combine a run or roll with your jump. Learning how to tweak Donkey’s momentum using the controls is supremely satisfying. Tropical Freeze is hard as hell from the outset, and each victory feels earned.

All too often though, you run into unnecessary, irritating barriers that drain the joy out of learning and playing through those challenges. The perfect level in a platformer places a set number of obstacles between you and a checkpoint. The Donkey Kong Country games of yesteryear did this really well, lining up three or four tricky jumping sections, with enemies laid out just so, and hidden items to acquire if you’re extra skillful, before reaching a checkpoint. The space between the mid-level saves in Tropical Freeze is too great though, and there’s no consistent feeling of balance as a result.

Levels like the late stage Jelly Jamboree, which is full of gelatin trampolines that you use for extra lift, are particularly bad. They’re gauntlets filled out by tricky jumps and inconvenient enemy placement that you need to throw yourself at again and again. You inch a bit further, figure out the right timing for the next bit, and cycle back when you inevitably fail. Each time you die, Tropical Freeze forces you to replay things you’ve already perfected, over and over again, just to get back to the challenge you can’t quite figure out.

…Retro Studios doesn’t quite nail the right balance here between difficult and frustrating.

The game’s six bosses, which have no mid-fight checkpoints, are the absolute worst embodiment of this problem. They all move in the same basic pattern, executing a few attacks before moving into a vulnerable state where you have to bop them on the head or throw something at them. Hitting them three times triggers the next phase of attacks, and they all have three phases. For example: the fifth boss, a giant polar bear wielding a war hammer, swing his hammer at you in the first phase, throws stacks of ice cubes at you in the second, and ground-pounds a wall of icy spikes at you in the third.

The problem is that reaching the vulnerable state in each phase is a matter of simply surviving the repeating attack patterns, forcing you to wait and redo simple maneuvers. Then there’s often a difficulty spike in the final phase, which gives way to even more repeat runthroughs, a fact made infinitely more frustrating by the lack of checkpoints. Again and again, the game makes you wait, wait, wait, and wait some more. Each level or boss fight is a war of attrition that measures your progress in inches.

A smarter dispersal of checkpoints would make Tropical Freeze considerably more enjoyable while not sacrificing what’s challenging about it in the first place. This isn’t a failure of the game’s design, just an irritating and poorly thought out user experience. Retro delivered well on the promise of a high-def Donkey Kong Country, but forgot to balance the game for an audience that doesn’t possess superhuman reflexes.

Pacing problems often make your play feel like a chore even as exceptional bits surface that keep you pushing through. David Wise’s excellent music, the beautiful art, and some standout set piece levels all encourage continued patience. Frustration ebbs when you find yourself leaping between crumbling parapets as you race to outrun a massive avalanche… until you remember that it’s your 46th attempt and you’ve only mastered a half-dozen of the level’s jumps.

In May, 2018, Nintendo released a modified version of the game Donkey Kong Country: Tropical Freeze on the Nintendo Switch, allowing players to swing from vines on the go for the first time. The updated version of the game isn’t a remake or remaster, as other Wii U-to-Switch re-releases have been, but it’s still the best way to enjoy the game right now if you haven’t already played it.

While the game remains mostly unchanged, the Switch game adds a new, beginner-friendly “Funky Mode,” which puts you in control of Funky Kong for the entire game. With three additional hearts, double-jump and floating abilities, and unlimited air reserves for swimming sections, it’s remarkably difficult to get killed when you’re playing as the surfing ape. While it may over-compensate for the game’s challenge, it’s probably the ideal choice for younger and/or less-experienced players.

Tropical Freeze runs quite well in both handheld mode and on your television, but this is a game you’ll want to play on the big screen whenever possible. When played on the Switch out of its dock, colors appear look little dull and the game’s “tropical” nature feels muted. On a television, the game looks bright and colorful: You can make out all the little details of the apes’ fur, and get a better view of the level. Playing the game handheld isn’t a bad, but the dock teases out the best in Tropical Freeze.

If you can get around the obscene difficulty of having to survive brutally challenging, checkpoint-lite platforming gauntlets, creative level design still makes it worth confronting Donkey Kong Country: Tropical Freeze‘s frustrations. The game is perfect to take with your Switch on the go, and it has all the charm we’ve come to expect from Nintendo and the Donkey Kong series.

is a more consistent 2D platformer. There aren’t so many 2D action games on the Switch, so there really isn’t a better option for this exact game type, but we’d recommend you check out Super Mario Odyssey, an amazing 3D platformer, before digging into Tropical Freeze.

Most players should be able to complete Donkey Kong Country: Tropical Freeze in 12-15 hours. If you are committed to collecting every item and unearthing every secret, you can easily spend 20-30 hours on it.

Yes. If you’ve completed the classics of either the Wii U or the Switch, Donkey Kong Country: Tropical Freeze is a solid, if occasionally frustrating platformer.

Updated on 5-4-2018 with information on Nintendo Switch version.