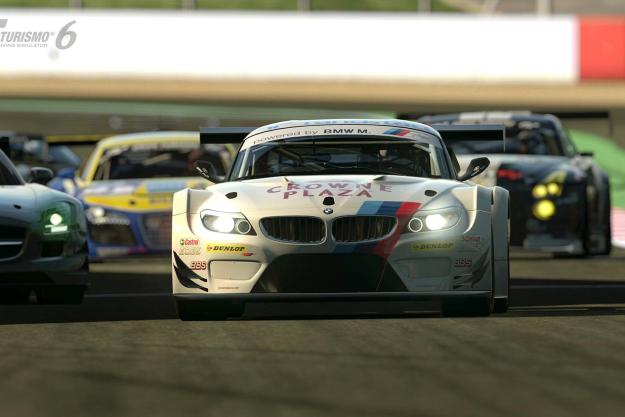 “Gran Turismo 6 is a diagonal step for the series, improving some minor aspects but losing some of its predecessors’ charm in the process.”

During World War II, a now-famous propaganda poster posed the question “Is your journey really necessary?” It was meant to question whether your travel was worth the precious wartime resources it consumed, but the same question could be posed to Sony and Polyphony Digital regarding Gran Turismo 6. Were the more than three years of development worth their journey, and your money?

Given, the game’s less-ambitious goals and the developers’ unusual decision to release the game on the PlayStation 3 while the three-week-old PlayStation 4 controls the spotlight, the answer might not have pleased wartime authorities.

A new game on an old platform

Since the last Gran Turismo title came out three years ago, it would have made sense to position GT6 as a next-gen launch title – the same sense that lead Microsoft to take that approach with Forza 5. Instead we’ll need to wait two years for GT7 on the PS4.

Sony’s wisdom may have had something to do with the millions of PS3s already out there, the game’s rabid following in Japan where the PS4 isn’t out yet, or any number of factors. But the fact remains: To release a game in the shadow of next-gen consoles, it needs to stand on its own. It needs to hook people back into playing a game they’ve already played before. It needs to win people over.

It needs to make its journey necessary.

Gran Turismo 6 makes strides in that direction with a number of notable improvements over GT5. More cars? Check. More tracks? Check. Better graphics? Check(ish). And so on. There are even some major additions that make the series better, like improvements to the physics that will likely carry over into future iterations. But there are also things that are missing.

First, the good: Gran Turismo’s driving physics have always been exceptional, and they are even better in GT6. Individual cars handle a bit differently, and once you are familiar with them, you’ll be able to quickly tell the difference between a rear-wheel-drive and a front-wheel-drive car, regardless of whether it’s a high-performance ride or an economy car. Certain stats have more impact than ever before – like the weight of a car versus its horsepower, or the gear ratios. These were always important elements, but now more than ever you’ll notice the subtle differences. Race a few times around a mud-soaked rally track and you’ll begin to appreciate why weight distribution matters so much.

GT6 takes what was introduced with GT5 and fine tunes it, but strips it down as well.

In past games, you could generally just upgrade to the best parts and not think too much about it. The option was always there to go deep into the tuning system for the optimum performance, but generally credits won over tweaking. That was partly due to schizophrenic AI that could be on you like a magnet, or that could be so far behind that they risked being lapped. That is no longer the case in GT6. On any difficulty other than “beginner,” the competition is stiff. More than that, their cars are usually specifically chosen and tuned for each race. Racing in a city is going to require different tires than on a track, and your AI opponents will know that, forcing you to keep up.

While winning races still earns credits that you put toward buying cars, you’ll also earn between one and three stars just for racing – a new addition for the series. Stars automatically unlock new races and modes when you reach a new goal. The system keeps you trying new races and replaying old ones, but other racing games have used a similar system for years.

A streamlined new user interface makes it easier to keep track of your car’s performance upgrades. You can still spend hours in the tuning menus, but sorting through them all is easier than ever. The game explains and even simplifies some of the options. Gearheads may find them a little too simplistic, but it makes it a bit more accessible. GT6 also removes the limits on performance tuning and racing mods that existed in GT5.

Completely overhauled weather features now offer changing conditions even within the same race. Night races are a highlight as well, with constellations accurately reflecting the location of the track in the real world. If you are racing in Japan and look at the stars, it’s the same night sky a real person looking up in Japan would see. It’s a neat trick, but one few will notice.

Graphics are slightly improved as well, polishing the already lauded car representations of the previous game. Shadows and other details show less pixilation, making the world seem a bit more seamless. Backgrounds are somewhat unremarkable, but if you are looking at them instead of the car and road, you are probably driving straight into a wall anyway. Load times are also noticeably improved.

All of this comes with a cost, though. Say what you will about the often quirky presentation of GT5, the game was ambitious. Not everything worked, but features like Gran Turismo TV – which highlighted real-life motorsports – were an original touch. GT6 brings very little of that to the table, making it feel like a much more generic game as a result. This is amplified by a generic soundtrack filled with unremarkable – and often annoying – tracks.

To release a game in the shadow of next-gen consoles, it needs to stand on its own.

The career mode has also been streamlined down to six classes to unlock, beginning with Novice and going up to Super. Each class offers a handful of options, each with multiple races. Once you earn enough stars, you unlock the license test, which you need to complete to proceed. As you play, you’ll also unlock side games like “Coffee Break challenges,” where you are given objectives like to drive as far as possible on a liter of fuel, or “Mission races,” where you try to complete an objective like overtaking another car while a timer ticks down. These side races offer a lot of variety, but some of them – particularly the timed ones involving going off the track or bumping an opponent – can be hair-pullingly frustrating. The game doesn’t offer a rewind feature either, meaning you’ll be restarting and replaying races frequently.

There is a lot to do, but less than in GT5, at least until you are deep in the game and have unlocked multiple classes. Even then, the game feels stripped down from its predecessor. Going into the arcade mode confirms this. At any time you can try a single race, time trial, or drift trial. You then choose a track from the game based on real locations, an original track the GT team designed, a city course, or a rally track. You then can choose one of your own cars, or from a list of just 20.

There is no way to just jump in a Bugati and try it out; if you want to drive a Veyron, you’ll need 2 million credits. The lack of a true free mode isn’t uncommon in a racing game, but it’s a shame. You can earn that in the course of a game, but the easier way is to buy it with real money. Sony has sworn up and down that these new microtransactions are completely noninvasive, but they feel necessary if you want to try out some of the best cars in the world.

Ultimately, the game feels a little lacking, and less packed full features than GT5 was. It makes up for it with the online play though – or at least it will – the online features were still locked during the review session. (We’ll update the section as necessary.) You can race real players, set up custom lobbies, all the things you would expect. There are also “seasonal events,” which include rotating challenges uploaded by the team. Over the coming months beginning in January, more content is promised (including a course maker), and you can expect plenty of DLC.

GT6 takes what was introduced in GT5 and fine tunes it, but strips it down as well. It’s less ambitious than its predecessor, and has less personality as a result. The changes to the driving physics though, are going to define the series going forward. For racing fans, that is likely all that will matter, and the new cars, tracks, and weather will be enough to keep those fans playing for years.

On the presentation side though, there is nothing we haven’t seen before. Polyphony has proven it can innovate, but this game feels familiar to a fault. Gran Turismo 6’s journey is a good one, but it doesn’t feel like a necessary one.