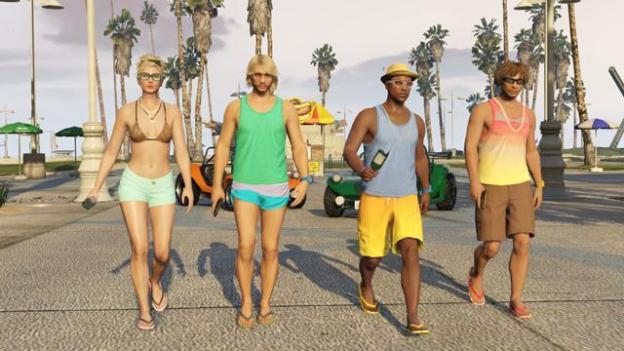 On November 19, the long awaited Beach Bum DLC will introduce a host of new items, missions, vehicles, and more to GTA Online. The DLC has been planned from the start, but Rockstar elected to hold it back until the technical issues with the game were fixed.

Things seemed to have finally stabilized earlier this month, enough so that Rockstar felt comfortable in releasing its “Stimulus Package,” an apology to players that joined the game during its problematic first month of life. Rockstar announced that it would give every eligible player $500,000 in in-game currency, as soon as it was certain the issues were behind the game. Payments began last week.

The Beach Bum DLC – which is technically being released as a free update rather than an expansion pack – was also held back as the devs worked to ensure the game would be able to handle it. Now that it appears to be ready, GTA Online will soon gain new clothes, hairstyles, tattoos, weapons, vehicles, and new jobs. Here are a few of those jobs, courtesy of Rockstar:

More content is coming in the next few weeks via more updates, including co-op heists and a content creator. Rockstar is also teasing new story mode updates as well.

How to play Mario Kart 8 online with friends