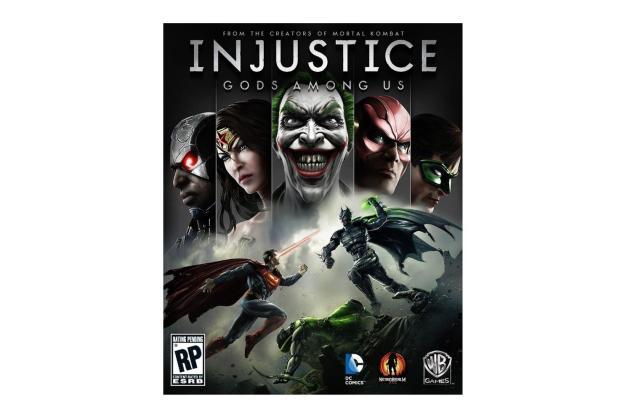 Injustice: Gods Among Us
Score Details

“NetherRealm’s done the impossible twice in a row.”

Here’s the big secret: Lex Luthor is, and always has been, absolutely right about Superman. Mr. Kal-El, last son of the dead planet Krypton, is a horrifying person. Over the last seventy-five years of stories about the red and blue hero, his powers have evolved under the pens of countless writers, both professional and fan, to the point that he’s nearly omnipotent. Under one of DC Comics’ many timelines, Supes actually lives tens of thousands of years, and in the 853rd century emerges from the center of the sun a living god. He’s not Jesus, though, no matter how strong the metaphor. The guy’s all powerful, but fallible, as weak against loss and psychological distress as the next sap. If Superman went bad, he’d destroy us all. Lex was always just a bit overzealous in making his point.

Superman being scary as hell is the premise on which NetherRealm’s new brawler Injustice: Gods Among Us is built. Superman doesn’t just cause problems for a parallel world, though. The character’s presence lays bare the inherent problem in making a Mortal Kombat style fighting game using the DC Comics pantheon. Injustice is a hell of a lot of fun to play, and it makes some fascinating, fundamental changes to the style established by 2011’s reboot Mortal Kombat, but the Superman factor rankles just a bit for longtime comics fans. It’s a minor thing though,

The Gods Must Be Crazy

One day in good old Metropolis, Lex Luthor is causing a ruckus, unleashing a football team’s worth of super villains out to play, forcing the Justice League to mop up. The Joker, being the usual crazy bastard he is, attempts to set off a nuclear weapon in Metropolis. When Batman inevitably stops him, they and a handful of other heroes including Wonder Woman, Green Arrow, and Green Lantern are transported to a miserable alternate Earth where Superman rules as a tyrant. The story follows these heroes and some of their alternate Earth counterparts, with villains made good and vice versa, to bring down ol’ Kal’s sinister One Earth fascist planet.

It’s well trodden territory for these characters. The Justice League has faced their evil counterparts in a ton of stories, from the Earth 2 graphic novel by Grant Morrison to many others. Superman’s evil reign in the other dimension begins with his murdering The Joker, but even that trick’s been played. The old Infinite Crisis story and Alex Ross’ famous Kingdom Come all toy with the idea of just what happens to these heroes when they choose to kill.

Injustice may not innovate on Mortal Kombat 2011’s structure, but it does change up the flow of the fighting significantly.

NetherRealm doesn’t reinvent the wheel, but it also knows what it’s doing. “So we’re doing an alternate dimension then,” quips Aquaman during the first third of the story. The game winks at the player and gets down to telling a great story across a substantial single-player campaign that stands up in quality to many of the animated Justice League incarnations in recent years. It’s not quite as challenging on the basic setting as Mortal Kombat, nor is it as lengthy, but no one does single-player fighting as well as NetherRealm and Injustice solidifies that reputation. The flow of fights into brief dialogue scene and drama is pitch perfect and a hell of a lot of fun – despite the handful of weird quick time events that pop up infrequently. Why would Superman spend more than 90 seconds tapping buttons to deflect cars at Sinestro? Guy could punch him faster than he blinks.)

The story’s bolstered by the sprawling STARR Labs mode, this game’s version of Kombat’s Challenge Tower, with more than 300 specific, offbeat challenges to run through spread across the 24 character roster. It’s plenty of game, though disappointingly serious compared to the goofy Tower in Kombat. You never have to make Catwoman dodge Solomon Grundy giving her a teddy bear anything. Can’t have it all!

Who Would Win, Batman Or…

Injustice may not innovate on Mortal Kombat 2011’s structure, but it does change up the flow of the fighting significantly. Pulling off special moves with either heroes or villains is often identical, using the same simple button combination presses to make Green Arrow do a spinning knife move or Deathstroke shoot a gun. Still, all of the characters feel demonstrably different from one another. It’s striking how NetherRealm made each character feel distinct from one another. Wonder Woman feels light and graceful, Lex Luthor heavy and cumbersome in his giant armored suit.

The special moves and basic set up of punches and kicks feels like Mortal Kombat. Back too are the crippling special moves activated by pulling the controller’s triggers, but instead of the sickening x-ray vision beat down that showed spines being fractured and spleens being abused, it’s an impressive move unique to that hero. For example, Doomsday punches its opponent through the Earth and then back to where they started, while the Joker throws a pie and ends with a bazooka to the face. They are fun to watch, but after you see the same one a few times they begin to get a bit old. They are also not level specific, so it is a bit odd to have the Batmobile appear and mow down a fighter while they are in space – which is admittedly a minor quibble.

There’s more at work in Injustice, though. There are little things like the Powers button. Pressing circle/B does something unique for every character. Cyborg can heal for example, while Wonder Woman will change fighting stance and pull out her sword. Other changes are far more significant, like the wagering system. Fights can be interrupted for big dramatic showdowns where the heroes quip at one another while the player bets some of their four-part super meter that fills up as you fight. If the person who initiated it bets more of the bar, say the full four bars while their opponent picks just three, they gain back a chunk of lost life. If the defender wins, they cause damage.

In single player, it’s almost always smart to save the bar for when the AI inevitably challenges you, but against a human being it creates a wonderful strategic element to the combo-laden, reflex-dependent fights. More changes add even more strategic elements, like the interactive stages. NetherRealm talked up how bits of the environment got be used with just the click of a button (R1/RB), like hitting a character with a piano in the background or dropping a flying car on them, but the neat thing is how characters use them differently. Hawkgirl will grab a hanging missile in Farris Air Base and bludgeon you with it, but Deathstroke will lay a mine. Most levels also have two areas to them, and the transition between the two is easy to accomplish – you just get your opponent to the right of the screen in the first part of the level and press back and power kick (the transition to return to the original area is on the left side). These are powerful strikes, but they are also fun to watch and delve deeply into DC lore.

There’s an even greater emphasis on situational awareness in this game than most fighting games, but it’s not dependent on more complex skills. Injustice may never be considered the high level competition fighter that games like Virtua Fighter 5 or Street Fighter III: Third Strike are, but it is one of the best at being inviting to players of all skill levels.

There is, however, the Superman factor. You don’t have to be a comic fan to know that Catwoman can’t survive being punched into space and then back down to Earth by Superman. She may be an Olympic level athlete, but she ain’t that good. Injustice takes a narrative leap to justify the game’s even fisticuffs by introducing what are basically Superman pills. Take a pill, get a Kryptonian boost to your physiology, hence why Oliver Queen can take punch from Shazam in the face and get right back up. It works, but it takes away some of the more interesting ideas about pitting these characters against one another.

When the question of whether Batman can win in a fight against Superman comes up, it’s not a question of who can literally pummel the other one to a pulp (and be quiet, Dark Knight Returns obsessives). It’s a question of how Batman would win. What special skills would Raven use to defeat the Flash? How would that work? The game’s subtitle is Gods Among Us, but with all those gods ultimately just brutalizing one another, it’s hard not to wish that the game had more nuance on top of the fine basic brawl strategy added in. That’s perhaps an unavoidable tradeoff though.

That NetherRealm turned around and made such a quality game as quickly as it did after 2011’s surprisingly impressive Mortal Kombat  is heroic in and of itself, but they should be congratulated especially on making sure it felt so different, with characters nicely diversified. Special kudos go out to making Aquaman ridiculously overpowered thanks to the reach of his trident, because Aquaman is awesome. NetherRealm’s done the impossible twice in a row. First it made Mortal Kombat relevant again, then it made a DC Comics fighting game good enough to make us forget how crappy Justice League Task Force was.

Fortnite Chapter 2 Season 4 Nexus War event adds Marvel’s mightiest heroes and villains
Suicide Squad: Kill the Justice League trailer confirms Superman as the target
Rocksteady Studios to unveil new Suicide Squad game
The best superhero games of all time
Best Gaming PC Deals: Save on RTX 3070, 3080, 3090 PCs
The best video game remakes reinvent the classics, they don’t just revisit them
Best Buy will give you a $10 to pre-order Hogwarts Legacy today
Save $620 on this Lenovo gaming laptop with an RTX 3070
AMD vs. Intel: which wins in 2023?
Forspoken settings: change these settings for a better experience
Add 2TB of storage to your PS5 with an SSD and save $70 with this deal
Fall Out Boy concert in Fortnite: start time, island code, and more
Marvel Snap is dangerously close to becoming a pay-to-win game