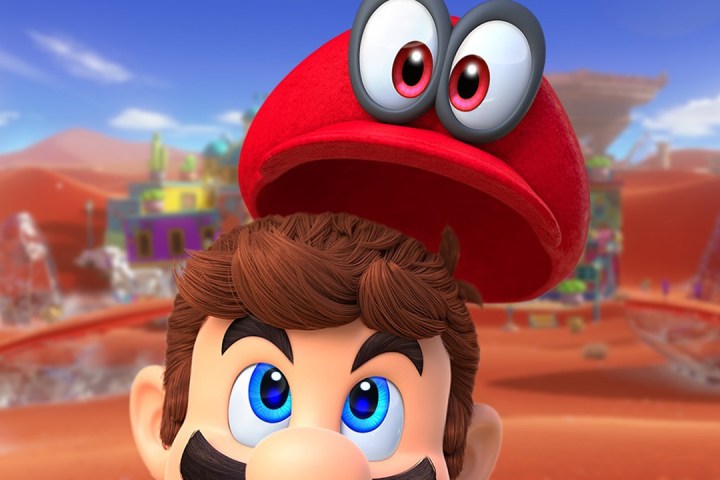 Mario is one of the most iconic video game characters of all time and is the star of countless best-selling games, but the poor fellow has been going through a bit of an identity crisis. Back in September, Nintendo updated the height-impaired hero’s profile page, revealing that he worked as a plumber “a long time ago,” but didn’t list his current profession. We were worried that he had turned to a life of collecting coins in order to make ends meet, but Nintendo now says he’s a plumber once more.

The updated profile page for Mario on Nintendo’s Japanese website doesn’t dance around the subject, saying his “occupation is a plumber.” The profile added that he is also interested in sports like tennis and baseball, as well as “car racing,” referring to the Mario Kart series.

We’re not entirely sure when Mario finds the time to actually perform any plumbing duties, seeing as he is almost always saving Princess Peach, playing sports with his friends (and enemies) or running around a perpetual hellscape, hoping that random-number-generation works in his favor. His role as Princess Peach’s bodyguard — and seemingly the only person concerned about her well-being — should probably provide him with a per diem wage, at the very least.

Prior to his time unclogging toilets and clearing drains, Mario worked as a carpenter. This was his role back when the original Donkey Kong released, and it was explicitly stated in the manual for the Atari 2600 version of the game.

Creator Shigeru Miyamoto revealed a few years back that Mario is only 24 or 25 years old. This came as a shock to longtime fans who believed he was middle-aged, particularly because of his round belly and retro fashion sense. Still, his lack of chest hair does point to some serious self-grooming that’s more common among young people, and his lack of cynicism would be rare in someone exposed to the horrors of the world.

In today’s Mushroom Kingdom economy, we’re just glad Mario is able to make ends meet. If his job prospects worsen, he could always return to the bustling New Donk City to work on its extensive sewage system.

Nintendo Direct Mini June 2022: How to watch and what to expect

UFC’s Randy Couture on Blowback and working with Sly Stallone

The best desktop computers for 2022: Dell, HP, Apple, and more