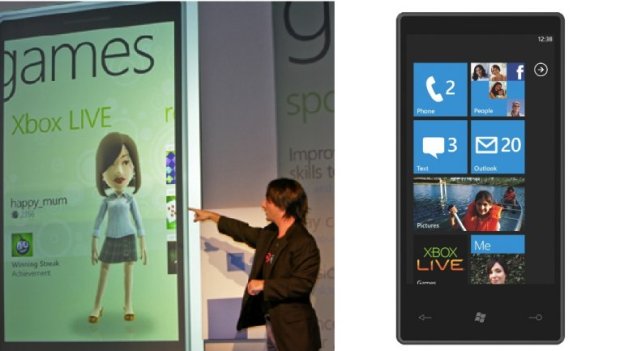 Seeing as the latest Nokia phones run Microsoft software it was slightly expected that we would see a Microsoft presentation during Nokia World. Nokia World attendees were treated with a live demonstration of the new Xbox Dashboard, and as well as a demo of a new Windows Phone Mango app that will communicate with your Xbox.

We have seen leaked images and videos of this upcoming Dashboard update, so we already knew that it would look very much like Microsoft’s Metro UI found on Windows Phone devices. Joe Belfiore, Director of the Windows Phone program, showed how the new styling mimicked how Metro UI looks and functions. He also informed the audience that users will be able to navigate the UI by using Kinect. It is not clear how Kinect will control the UI, if it will all be voice controlled or if you will be able to swipe through the menus.

Belfiore also showed off a soon to be released Mango app called Xbox companion. With this app when you are home you will be able to control the functions of your Xbox with your phone. You will be able to launch games, videos, and even search for content using Bing on your Xbox. The feature that was most impressive to us though was that when your Xbox is playing a movie or a game your Mango device will give you information about that movie or game.

There is still no official release date for the new Dashboard, but we have heard rumors that are pointing to November 15. This would line up with the original launch date of the original Xbox, so the rumors make sense to us.