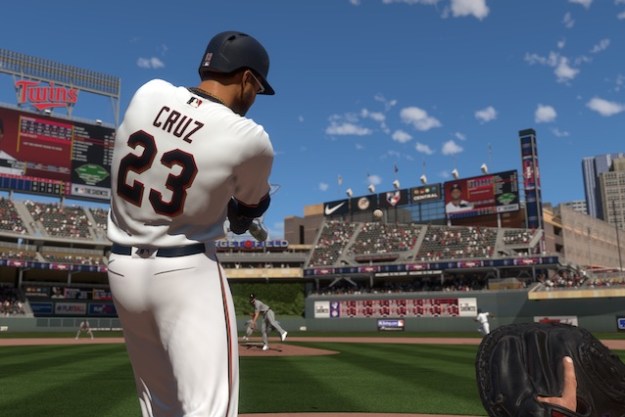 “MLB The Show 20 is another home run thanks to its refined gameplay and many modes.”

Despite effectively being the only relevant Major League Baseball title on the market, PlayStation exclusive The Show still aims to impress. Each year it introduces new modes and gameplay tweaks that improve its baseball series and MLB The Show 2020 is no different.

While it lacks any huge selling points like 2017’s retro mode or MLB The Show 19‘s March to October offering that made getting through an entire season of play much more manageable, there are plenty of small additions that make this the most well-rounded baseball game to grace the PlayStation 4.

The team over at the Sony Interactive Entertainment San Diego Studio made a concerted effort to emphasize player skill and flesh out the core gameplay this year. From an offensive perspective, the biggest inclusion is that it’s now possible to get a “perfect-perfect” hit while batting. This occurs by having both perfect timing and positioning. This doesn’t guarantee a hit, but it does up the skills ceiling and is a great way to blast a home run out of the park.

While none of the changes completely overhauls how one plays MLB The Show, they all come together to make it the most skill-based entry to date.

Even more improvements are available for defensive play. A new accuracy meter, which is optional but recommended, is now available for throwing. Hitting the green sweet spot isn’t that difficult if you’re concentrating, but nailing it multiple times during a double play can be difficult. The mechanic does a great job of making throwing more involved than just hitting the right button.

Catching fly balls is also more realistic thanks to the extreme catch indicator. This red-dot indicator on the field (which only appears for more difficult rather than pop up fly balls) allows players to note how likely it will be for a fielder to make a risky catch. This adds in more strategy as it’s sometimes smarter to grab the baseball after it bounces, rather than miss a dive and give up a double or triple.

While none of the changes completely overhauls how one plays MLB The Show, they all come together to make it the most skill-based entry to date. When paired with zone hitting, there’s no real margin for error or elements based upon chance. Whether a play is made comes down solely to the player’s actions. It’s the type of accountability that the best fighting games have and it makes the multiplayer a real thrill to experience online.

Another small yet meaningful new feature is the ability to create custom leagues to play in online. These can use either players’ Diamond Dynasty teams or the real-life rosters and players designate whether the league is either competitive or relaxed. Players can change everything from the number of teams to how many innings games last, and it’s easier than ever before to play meaningful games with like-minded players.

The crown jewel of MLB The Show 20‘s experience is Diamond Dynasty, the card-collecting suite that serves as Sony’s spin on the Ultimate Team modes found in FIFA and Madden. The best new mode this year is called Showdown, which has players taking on a series of challenges after drafting a team filled with current stars and legendary players from the past. A player can only fail a few of these tasks before they’re kicked out, but they gain additional draft choices (which will, in turn, improve their squad) if they succeed. It winds up being a really enjoyable mode as the scenarios have a lot of variety and the legends are a fun inclusion that help it stand out from the rest.

Limited-time events are also available to help freshen things up and are all set around certain limitations, such as not including legends or keeping the overall team rating below a certain number. It’s similar to the returning battle royale mode that has players working toward a winning streak against other players before they suffer two defeats. These end up being more enjoyable than simply going up against other player’s teams since everyone is on a more even playing field.

With other returning modes like the board game-like Conquest, being able to participate in ranked seasons, and the ability to relive iconic baseball moments and earn rewards, there’s no shortage of ways to get new cards for Diamond Dynasty. Sony does a great job of making sure the player is constantly earning new cards and equipment for the mode, even if they’re not using their created team. The mode is impossible to ignore as it’s felt throughout the entire game even if one doesn’t engage with it directly.

Road to the Show in largely unchanged, with the only difference being that it now measures team affinity.

Sadly, other MLB The Show mainstay modes didn’t see many improvements with the Diamond Dynasty gameplay loop focus. Franchise mode feels nearly identical to last year, although Sony added in some customizability options, including the logo and team editor, already offered in other modes. Beyond that, there aren’t many additions for those that prefer to play a full season of major league ball with active rosters.

Road to the Show in largely unchanged, with the only difference being that it now measures team affinity. Your on-the-field play will determine your relationship with teammates and players will get attribute boosts if players achieve goals and perform well during key moments.

The Dynamic Challenges from last year’s installment return and are a bit more varied as they tie-in to a team’s chemistry and your player’s personality. These changes create a slightly more rewarding experience although not one that feels all that different from previous years.

March to October received a few tweaks based on player feedback. The pacing is much improved by the added variety of situations players get to experience. Rather than always starting at the bottom of an inning, players now begin in tense moments. This is a smart change as there’s much more drama having a winning runner on base with two outs compared to the start of the ninth. There are also two new difficulties, dynamic and beginner, which make it more welcoming than before. And the ability to make more trades via a new transaction hub is a welcomed addition as it gives players more control over their squad. These all make the mode live up to its full potential after a promising, yet rough around the edges, debut last year.

MLB The Show 20 is a no-brainer purchase for any baseball fans that haven’t bought a recent iteration.

Welcome to the Minor League

While previous editions of MLB The Show offers minor league teams, this year’s edition marks the first time that all 1,500-plus actual minor league players are actually playable. It’s great to see these smaller markets represented, and it takes the overall realism one step forward as the minors aren’t filled with fake names anymore.

This addition has an impact throughout the gameplay, especially in franchise mode where these prospects can become stars in the years to come. For example, March to October now has call-up opportunities that allow gamers to play as a prospect and boost their skills with a good performance. These small opportunities can provide a meaningful change in a franchise’s long-term direction and show just how dynamic the simulation is.

However, Sony didn’t license the stadium rights for these smaller ball clubs, so you’ll see the Altoona Curve play in a generic field rather than Peoples Natural Gas Field with a rollercoaster in the background. It’s an understandable exclusion considering work needed to model the extra stadiums, but it is noticeable to anyone interested in triple- or double-A ball games.

While the new additions aren’t game-changers, they help make MLB The Show 20 the best playing version yet of Sony’s baseball sim. There’s no one mode that makes it a must-purchase for those that have a recent version, but the upgraded fielding options make this a truly skill-based title. With no chance involved, it makes this the most compelling competitive baseball experience to date.

No, Sony has the baseball genre locked up as far as simulations go. Those looking for a fun arcade experience can look towards Super Mega Baseball 2 but it lacks the MLB license and overall depth.

Every year San Diego Studio creates a baseball title that can entertain for hundreds of hours and stay fun even after the World Series is over. This year’s product is no different.

MLB The Show 20 is a no-brainer purchase for any baseball fans that haven’t bought a recent iteration.

Topics
Every video game delay that has happened in 2023 so far
The best capture cards for 2023: Xbox, PlayStation, and PC
The best PSVR games for 2023
The Elder Scrolls Online’s 2023 updates bring players back to Morrowind
Despite divisive dialogue, Forspoken gets a lot right about open-world games
The best RPGs for the Nintendo Switch
How to link your Fire Emblem Engage and Fire Emblem Heroes account
Xbox and Bethesda’s Developer_Direct: how to watch and what to expect
Goldeneye 007 comes to Game Pass and Nintendo Switch later this week
The best iPhone games in 2023: 31 games you need to play right now
I can’t believe I’m recommending Forspoken on PS5 over PC
Redfall’s May 2 release date revealed during Developer_Direct
The best Fire Emblem games, ranked from best to worst