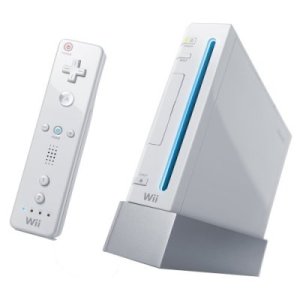 The video game console wars are booming right now thanks to price cuts across the board on the three major game consoles. The introduction of the much cheaper PS3 slim was a catalyst for the price cuts in the industry.

With the PS3 Slim selling for $299, Microsoft quickly dropped the price of its Xbox 360 Elite to the same $299 price point. To make its console more attractive Nintendo also announced a price cut. The price cut brought the Wii to a price of $199. At that price, the console still fell behind the new PS3 as gamers finally started to buy the console in significant numbers.

PC World reports that Nintendo has been forced to cut its full-year sales forecasts due to slowing sales of the Wii console. Nintendo reportedly sold 5.75 million Wii’s between the April and September period. That number represents a 43% decline in sales compared to the same period in 2008. Nintendo was forced to cut sales forecasts for the period running April 2009 to March 2010 to 20 million consoles from its original prediction of 26 million.

PC World reports that the significant drop in sales for the Wii can be partly attributed to the lack of any new big name games for the console. Nintendo is reporting sales of about $6 billion for the period, a 35% decline from last year. The Nintendo DS sales remained steadier than those of the Wii thanks in part to the launch of the DSi console. Despite the new launch, sales of the DSi were down 15% to 11.7 million units.

With the new breed of mobile phones like the iPhone 3G and the glut of new Android devices hitting the market with significant gaming prowess, sales of dedicated portable console has to suffer. Many see the iPod Touch in its latest iteration as one of the best mobile gaming platforms around and Apple positioning the device for mobile gaming in a direct challenge to Nintendo and Sony.

Nintendo also saw software sales for its Wii and DS consoles decline. Wii software sales dropped 6% to 76.2 million units and sales of DS titles fell 16% to 71.1 million units. Nintendo is already warning that it expects to end its fiscal year in March of 2010 with sales and profits both down from 2008. Nintendo expects overall sales of ¥1.5 trillion and net profit of ¥230 billion.

Those figures represent a decline of 18% compared to the previous year. In May, Nintendo was forecasting sales during the half year of ¥700 billion and net profit at ¥100 billion. Some reports have surfaced that claim Nintendo is looking to launch the Wii HD in early 2010. With sales of the existing console dropping significantly, a refresh of the console to address one of the Wii’s biggest complaints would be no surprise. Many gamers complain about the poor quality of the Wii graphics that lack HD capability when both the PS3 and Xbox 360 support HD resolutions.