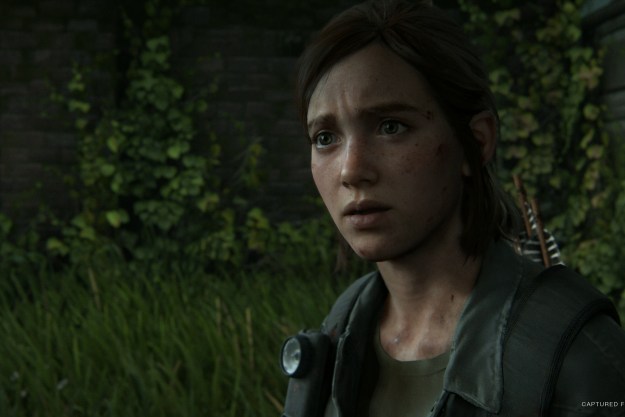 “The Last of Us Part II is a gut punch in the best way.”

Releasing a follow-up to a deeply beloved game is daunting and can easily leave fans disappointed. The Last of Us Part II pulls the feat off effortlessly.

This sequel expands on what was already a well-crafted story and perfects it. It does the first release justice, expanding on the original without straying too far, which could alienate fans hoping to get a taste of what they loved the first time around. If you haven’t experienced the original check it out at the link below.

The Last of Us weighs heavily on this entry, as the ramifications of Joel’s actions have sprawling effects, and history does not go unforgotten. Ellie and Joel have made a new life in Jackson, Wyoming, but the game lets players know that moving on isn’t so simple.

The plot is certainly dark, but it never feels edgy. There’s a sense of empathy even for your enemies. Obviously, the game packs plenty of unexpected twists that make The Last of Us Part II feel emotionally and narratively polished. There are Easter eggs and quippy jokes, but this is a revenge story. That is never forgotten.

The Last of Us was lauded for its emotional narrative that left players reeling, and Naughty Dog’s sequel finds a way to expand on that. The Last of Us Part II is a gut punch in the best way.

Players of the first game already know and love Ellie, so it’s easy to buy into her story. That said, this not a happy tale. Fans likely expect that, since Sony referred to the plot as one of a quest for vengeance. But The Last of Us Part II takes many dark turns. It twists, mangling your expectations and, with it, your sense of comfort.

And while I thought I knew Ellie, playing the game feels like running into an old friend I grew apart from. Sure, that’s her — but she’s older, and her attitude has grown from a spunky, tough kid to a jaded survivor.

Ellie is still fiercely loyal and fearless, but she’s lost the hope she had in the first game. That’s likely because, in the original, Ellie was on her way to helping to find a cure. It’s clear the failure of that mission took a piece of her optimism and growing up in a post-apocalyptic world while still dealing with the torturous pressures of being a teenager hasn’t helped.

We see her coming out story and her anguish over telling Joel about her first girlfriend. This narrative piece is especially beautiful, and I was glad to see Ellie’s feelings explored with the same sincerity as a heterosexual relationship.

Her relationship with Joel deepens, too, as they create a new life after the events of the first game. There’s a flashback to one of her birthdays, and the time they spend bonding is a potent reminder that family isn’t just made up of blood relatives.

Still, Ellie is older. She has questions, and she already wasn’t one to shy away from questioning authority. And after her and Joel’s failed vaccine quest, seeing people turn from a bite becomes more difficult.

At times, Ellie is unrecognizable, even to herself.

The event that sets Ellie off to seek revenge takes even more from her.

At times, our protagonist is unrecognizable, even to herself. Watching her journey — actively taking part but unable to change course — is painful. The writing makes The Last of Us Part II one of the greatest gaming experiences I’ve ever had. It reminds me of the games that my mom, who really did not understand my fascination with video games, would look over my shoulder to watch. The ones that got her to stop asking, “Aren’t you tired of playing that?” and instead sit down next to me. That got her to comment to my stepdad quietly, “It’s like a movie.”

Much like the first The Last of Us, the narrative will remind players why they love to play and birth a new generation of gamers.

While Ellie is the star, the story does extend beyond her. I was swept up in the lives of characters I would never meet, some dead, some still out there somewhere. You’ll find documents and mementos, much like in the last game. But this time, the game does a better job of creating stories that can last the span of the game. One document in an early area connects to one in a later level. A person mentioned in one note is the writer of another. And in the times when I came across an unseen character’s final note near their body, or worse, in a room with an infected, I was heartbroken.

It’s been teased that Part II is darker, but I wasn’t prepared.

Again, this goes beyond Ellie. The world is at war with itself. Differing factions suffer on both sides following the dissipation of a truce, one that neither party takes blame for. There’s also the profound, moral question of which side is the right side. People previously aligned with the government-sanctioned FEDRA, the counter-movement of the Fireflies, or opted to answer only for themselves. But this isn’t just about survival. It’s about what society looks like as the remains of human civilization try desperately to hang on.

When you kill a human enemy, their friends will cry out for them. They each have names. Their allies will be devastated to come across their dead body, and not because it means they themselves are in danger. It’s a heartwrenching, but realistic, detail, and it makes the game shine while leaving you with a pit in your stomach.

Expanding the game to include so many elements means opening up the map. Although not truly an open-world game, some levels are large and complex, and exploring them is absolutely worth your time.

When it comes to game mechanics, it doesn’t fix what isn’t broken.

I was delighted to come across Easter eggs, unravel a story through notes left behind and clues, or find an especially handy equipment pickup by going out of my way.

There are also small moments that trigger cutscenes, and appear entirely optional. Some bits were just cute, but others added a deep emotional layer. I highly suggest checking everything out, and I’ll likely set out on another completionist run myself.

Still, The Last of Us Part II is a linear game, and gating — where you’re prevented from going back to a previous area — removes any illusion this could be a true sandbox title.

When it comes to game mechanics, it doesn’t fix what isn’t broken. It operates much like the first game but fine-tunes combat. Stealth gets smarter, there are new enemies, and there are ability trees you can invest resources into depending on your preferred fighting style. I found it easy to jump back in and appreciated the new elements.

The visuals of The Last of Us Part II are, quite simply, magnificent. The detail of the environment and objects are absolutely phenomenal. I played on a base PlayStation 4 with HDR on, and I was floored that I wasn’t playing in 4K. It really looks that good. Textures look exceptionally detailed, and landscapes look incredible. This is particularly important given the amount of time spent outside.

The character detailing might be even more impressive. There’s a small part where Ellie looks in the mirror making different faces, and it’s not a cutscene. The animations look so good, it feels like the developers are showing off.

It would, of course, be remiss not to mention the crunch that went into this game. Naughty Dog has received criticism over its practice of making its team put in grueling hours to complete this and other games. It’s an absolute shame that anyone would work under those conditions, and they are the unsung heroes that made this game as good as it is.

They’ve included so many intricacies to be explored. The options menu allows you to individually customize the difficulty of things like enemy health or the number of resources you’ll find.

More importantly, players can change the controls to make it more accessible in a variety of ways. Visually, changes can be made to make subtitles easier to read or to see important details. There’s also a text-to-speech option and motion sickness settings. Players can even change how to play the guitar or operate a boat. These options are also made apparent with on-screen notifications, and other accessibility options are made known at the start. It’s a great move that I hope to see in more titles.

All these details make The Last of Us Part II an incredibly powerful game.

The Last of Part II is a tour de force that takes the best parts of the original and molds them into their finest forms. The story will leave you reeling, and there are several unexpected turns that will keep you invested throughout. The level of detail and quality in the world creation and story building are at the top of their class.

There isn’t anything quite like The Last of Us Part II, let alone a better alternative. The gameplay and combat aren’t unique, but the story that takes place around those elements is singular. It’s also why people bought into the first game so heavily.

The campaign takes anywhere from 30 to 40 hours, easily reaching the latter if you’re keen on exploring and finding everything available. If you just want to get through the story, 30 hours is closer to accurate, but even narrative-driven players will benefit from some extra exploration.

Should you but it?

Yes, absolutely. The Last of Us Part II will go down as a classic game that people talk about for years to come, not unlike the first iteration. The fact that this title expands so much on what worked well makes it that much easier to justify adding it to your library.