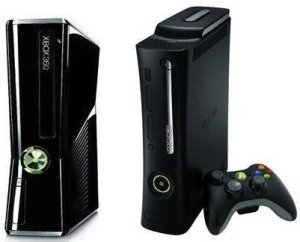 A new report from the blogger MS Nerd claims that the next generation of Xbox is deep in the development stages, is operating under the code name “Loop,” and the blogger has issued details on the system’s hardware.

We won’t blame you if you want to classify this as a rumor and throw it in the corner with all the other possible next-gen console rumors, but evidence is beginning to mount that a new Xbox is coming soon, and so it makes sense that details would begin to leak. Shy of Microsoft following its employees at all times with snipers trained on them, a project this massive will be impossible to keep entirely quiet. That said, until there are more sources confirming the details, take this with a grain of salt.

According to the blog, the next Xbox is being developed under the codename “Loop.” That name will certainly not stick to the final product, but if that is indeed the development name, expect to hear it pop up often until the system is officially debuted. The device was originally said to be listed under the name XboxTV, but that seems to have either been changed, or never solid to begin with.

The hardware will supposedly feature:

“A modified Win9 core. It will use a Zune HD-like hardware platform—a “main” processor with multiple dedicated assistive cores for graphics, AI, physics, sound, networking, encryption and sensors. It will be custom designed by Microsoft and two partners based on the ARM architecture.”

If true, this is by far the most detailed single account we have had on the next Xbox, but it is in line with all the other rumors we have heard floating around. The current top rumor has the next Xbox debuting in 2013, but so far details on hardware specifics have been scattered.

The blogger also claims that the “Loop” will be positioned with cost in mind:

“It will be cheaper than the 360, further enabling Kinect adoption. And it will be far smaller than the 360. It will also demonstrate how Windows Phone could possible implement Win9’s dev platform on the lower end.”

As is the standard MO, Microsoft has had no comment about the newest rumors/possible leak, but we certainly haven’t heard the last of this.