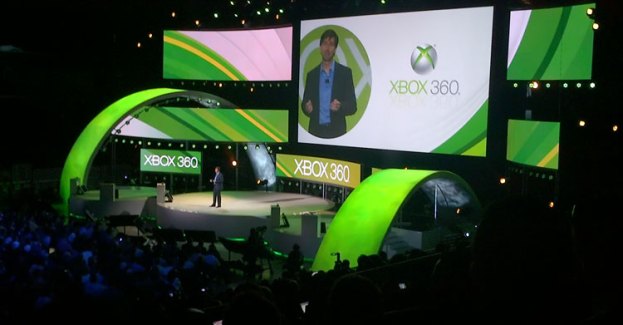 Ok everyone, prepare yourselves for something incredible…a new rumor about the next generation of consoles! Take a moment to regain your composure.

There have been a whole lot of rumors regarding the debut of the next Xbox (lovingly referred to as the Xbox 720 by everyone but Microsoft), as well as the PlayStation 4. It makes sense, and even if there weren’t any reports to back up those rumors the speculation would be running wild because of the time table alone–not to mention the coming of the Wii U.

A new report coming out of Develop claims that a date has been tentatively planned by Microsoft. If the report is accurate, the next Xbox will be unveiled at E3 2013, with a planned launch window of that holiday season, or early 2014.

The news would be the first confirmation of a release window, but it isn’t surprising. The Xbox 360 debuted in November 2005, and Microsoft has said that it has a ten year plan for their console. A 2013 release would make for an eight year gap, plus, a new console release doesn’t mean that support for the Xbox 360 will immediately stop.

If the console is released in late 2013, it will likely be at least two years before the Xbox 360 comes close to ending its support, probably more. The release date also fits with some of the rumors we have been hearing regarding several Xbox-exclusive developers. Recently an Alan Wake sequel was said to be in development, but it will be for the next generation of console. Lionshead, developer of the Fable franchise and Turn 10, developer of the Forza series, are also said to be developing their next titles for the next-gen.

And if the Xbox 720 is coming in 2013, the PlayStation 4 can’t be far behind. The year lead that Sony gave to Microsoft has proven to be a massive advantage—at least in America, where the 360 has a huge lead in terms of sales. Sony is killing it in Japan, but can’t afford to give any more ground to its competitor.

The likely reasoning behind the faster development cycle is the Wii U, which is due sometime in 2012. The Wii U will not be as powerful as what most are expecting with the next Xbox and the PS4, but it will be a significant increase over the Xbox 360 and PS3, not to mention the current Wii. The question is, are fans willing to upgrade?

Sales on the Wii have been dropping steadily for a while now, and an update to at least include HD graphics is a must. But the 360 and PS3 both just seem to be hitting their strides. In general, graphics can always be improved, but the systems are both continuing to introduce new features and expand their online footprints. Neither system seems to be close to reaching its maximum potential. With game sales already slumping, and the economy not exactly awesome, will people be willing to shell out several hundred dollars for another new system? Not to mention the games, which, if they follow the pattern of the previous generations, will raise in price, possibly to $70 a title.

The fear of losing a head start and surrendering too much of a lead to Nintendo will likely push both Microsoft and Sony to release their next consoles sooner than they had originally intended. Whether that’s a good thing though, remains to be seen.

Topics
Xbox Game Pass new games: what’s new and what’s leaving in February 2023
The best upcoming PS5 games: 2023 and beyond
The best capture cards for 2023: Xbox, PlayStation, and PC
The best PSVR games for 2023
How to cheat in Words With Friends
Shoulders of Giants brings mascot-era nostalgia to the roguelite genre
Like a Dragon: Ishin’s Trooper Cards are full of cameos, including Rahul Kohli
How to romance characters in Fire Emblem Engage
How to eliminate enemies with no ranged weapons in Fortnite
Fire Emblem Engage gift guide: every character’s favorite gifts
Call of Duty: Warzone 2.0 Season 2 will finally fix its looting system
Best Gaming PC Deals: Save on RTX 3070, 3080, 3090 PCs
Every video game delay that has happened in 2023 so far