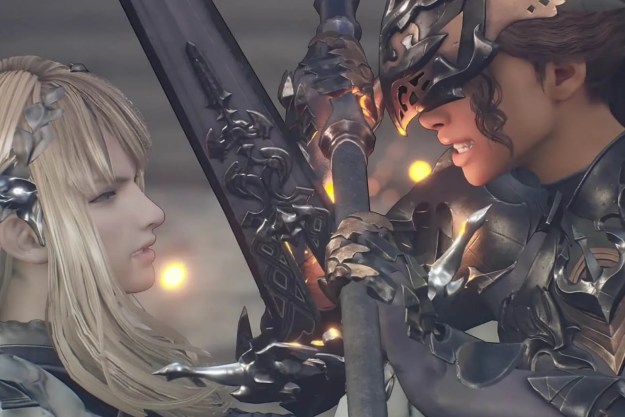 Square Enix has been on a roll lately when it comes to reviving dormant franchises and remaking its classics. That process kicked off in earnest with Final Fantasy VII Remake, but the company has kept things moving since then. There’s been a new Front Mission here, another Star Ocean there, and now an addition to the Valkyrie series with the recent release of Valkyrie Elysium.

The inherent trouble with this new initiative is that these projects have to live up to all the expectations and nostalgia its players still strongly feel. In the case of Valkyrie Elysium‘s original predecessor, Valkyrie Profile, that’s an even larger problem due to its cult classic status. The difference between these two isn’t just the generational gap or gameplay changes, but the lack of effort and innovation that Valkyrie Elysium brings to the table in a world where we’ve seen Japanese role-playing games and action integration perfected again and again.

The largest weakness of Valkyrie Elysium comes from its extremely simple story, which boils down to “Ragnarok is coming. Go fight and save the world.” You play as Nora, a new Valkyrie who has to complete this task as ordered by Odin. She follows this command until a predictable plot twist that you’ll see from a mile away turns her against the all-father.

Everyone has a personality constructed out of cardboard, including the adventure’s main hero, Nora Valkyrie. There were no narrative hooks for me to get invested in, which made me feel like most of the development attention went to the combat and visuals instead. That wouldn’t be a problem if this was a fully fleshed-out action romp, but it struggles to deliver in that department too.

When going into Valkyrie Elysium, all I could think about was how far JRPGs have come as a genre. After tackling games like Final Fantasy VII Remake, Scarlet Nexus, and Tales of Arise, I could only imagine how Elysium would follow in their footsteps and deliver an action experience for casual and hardcore players while perfectly meshing with the role-playing genre. This is where Elysium really struggles.

Valkyrie Elysium took all the depth I hoped to find in a modern action-RPG and threw it to the side in favor of something that feels even emptier than what many expect from something like a Dynasty Warriors game. From a gameplay standpoint, it’s a bare experience. You’ll find no dodge cancels, jump cancels, huge combos, or advanced tactics here, making its combat a bit of a button mash-fest.

The simplistic approach to combat feels like it’s only built for one audience. Sure, players who want to turn off their brains and hit buttons will be fulfilled, but that’s about it. Even so, those players will still run into some issues. The reason you can’t cancel an action is because you can’t act out of an attack string. Once commands are input, Nora will complete that combo. That’s also why you can’t dodge out of danger during an attack on enemies like you can in a Bayonetta or any other more polished action game. Instead, you’re limited to guard canceling, which is a fine, albeit more boring workaround that plays into the central issue of Valkyrie Elysium.

Most enemies are brainlessly easy to fight.

After playing through the earlier pieces of the game in its demo, I hoped that as I unlocked more ability trees, weapons, Einherjar (assist attacks), and spells, these options would open up more. That just wasn’t the case. Instead, the game’s combat mostly focuses on exploiting enemy element weaknesses.

Apart from making boss life bars melt faster and freezing them to make an easy experience more effortless, that approach felt unnecessary. Most enemies are brainlessly easy to fight. I could just mash attacks without a thought unless I wanted to add a bit of flash to keep myself entertained. I see so much potential here, but the budget nature of the title really shows, which shouldn’t be the case.

If nothing else, Valkyrie Elysium does excel on an artistic level. In both combat and exploration (I use that word very loosely, as there’s not much to be done), I can’t deny the visual flair on display. Everything from lightning hitting demonic enemies to the sun peeking over a destroyed castle brings a painting-like beauty to the world. It’s an art style built out of limitation, as it’s masking a budget look, but it does it well.

I can’t help but feel that all of that beauty is squandered, as Valkyrie Elysium is all dressed up with nowhere to go. The first map of the game had me wandering aimlessly for a bit around identical buildings with no real landmarks to latch onto. That was followed by tons of linear levels that I had to revisit again and again during subquests. This isn’t a standard JRPG experience where you need to explore the world, but a more linear one that plays into its overall lack of options and budget nature. It doesn’t help that a lot of its levels are just made up of dark hallways with nothing to look at inside them.

Valkyrie Elysium can be categorized as a missed opportunity. There’s a general feeling that it didn’t get the time or attention the series deserved, with the largest disappointment coming from its action. After the release of so many great games that do what it tries to do so much better, it’s hard to recommend it among a crowded field. Games like Scarlet Nexus and Tales of Arise just integrate action combat and the JRPG formula much better, which makes Elysium feel dated. Elden Ring decorates and tells a story through its world in ways I wish this game even attempted.

Unlike these titles and previous entries in its own series, Valkyrie Elysium tries to play it too safe. A lack of effort leaves the game feeling like one of those completely average titles that were popular in the Xbox 360/PlayStation 3 era. And that’s what stings the most. It isn’t a terrible RPG by any means, but an utterly OK one if you’re just looking to mash some buttons and do absolutely nothing else.

Valkyrie Elysium was reviewed on PS5.

Redfall: release date, trailers, gameplay, and more
Horizon: Call of the Mountain release date, trailers, gameplay, and more
The best Xbox Series X games for 2022
The best Xbox One games to play right now
Save $50 with this (Oculus) Meta Quest 2 Cyber Monday deal
GameStop Cyber Monday Deal: Buy 2 Get 1 on all preowned Xbox One and PS4 games
Starship Troopers: Extermination turns sci-fi satire into a co-op shooter
Score $90 off an Alienware gaming chair for Cyber Monday
How to get Battle Tokens in Warzone 2.0
How to redeem Mystery Gifts in Pokémon Scarlet and Violet
Call of Duty: Warzone 2.0 desperately needs to give players more health
Don’t miss this Xbox Series S Cyber Monday deal — ends midnight
Now’s the perfect time to stock up on PS5 controllers