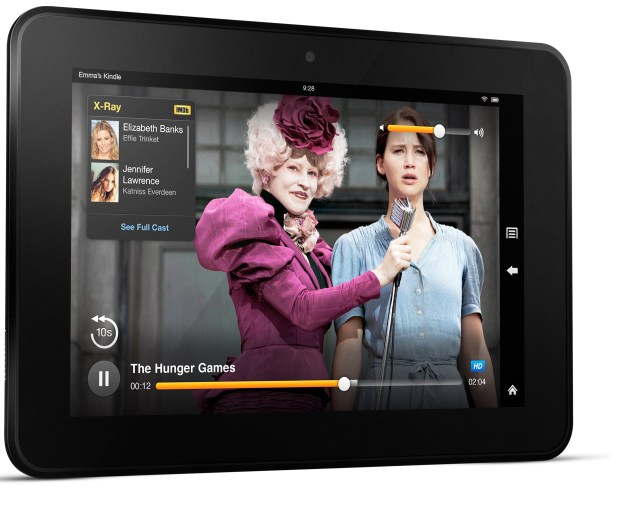 Amazon’s X-Ray for movies feature launched less than six months ago, bringing the IMDB (Internet Movie Database) experience home for Kindle Fire tablet users. X-Ray enables users to access information about their favorite movie or actor on their Kindle Fire with a tap of the screen. It’s a neat feature for movie geeks who want to dig a little deeper, and just a small part of the expanding “second screen” movement. X-Ray has been a “resounding success” so far, according to the folks at Amazon, so the logical progression was to expand the feature to television programs as well.

Amazon has now announced that it is expanding X-Ray to TV, bringing the seamless, fully-integrated X-Ray experience to TV shows. The service is available today for the most popular TV shows on Amazon, and will quickly expand to even more shows in time. In addition to Kindle Fire support,  X-Ray for TV is also available as part of the free Amazon Instant Video app on Nintendo’s Wii U.

“For over 20 years we have been cultivating a vast database of movie, TV and celebrity content,” said Col Needham, IMDb Founder and CEO. “Can’t remember where you’ve seen the actor playing Lord Grantham in Downton Abbey? No problem. Simply tap on the screen and you’ll see a full filmography, where you’ll realize that Hugh Bonneville was also in Notting Hill. Our vision is to make X-Ray available on every movie and TV show—we’re excited to make another big step forward today, and we are working hard to add X-Ray to more TV shows and movies in the future.”

Video-editing app LumaFusion to get a Galaxy Tab S8 launch
How to turn off subtitles on Amazon Prime Video
13 best tech deals you can shop today — including a cheap 70-inch 4K TV
Amazon starts building its own televisions with the Fire TV Omni Series
$500 off a beautiful 75-inch 4K TV? It’s real at Walmart today
Apple AirPods Pro 2 vs. Samsung Galaxy Buds 2 Pro
The one AirPods Pro improvement we just can’t see — yet
Google TV tips and tricks you need to start using now
How to program an RCA universal remote
The best alien movies of all time
The best superhero movies of all time
Marantz’s new Cinema series AV receivers are a stylish way to go 8K
The best superhero TV shows of all time