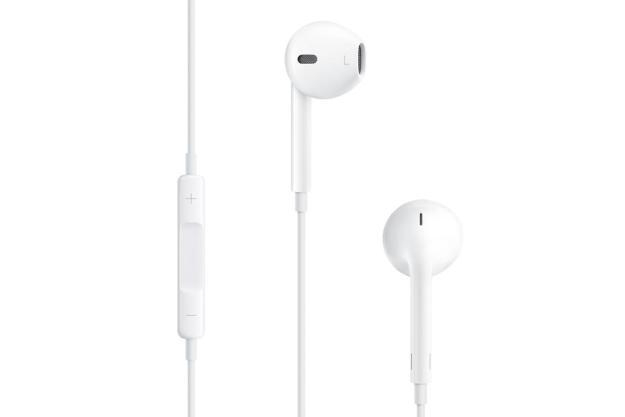 “When all is said and done, Apple’s new EarPods are an improvement on the earbuds they replace, but only marginally so.”

After 11 long years, Apple finally decided it was time to update its ubiquitous white earbuds. During its September 12 launch event, Apple introduced the EarPods, calling attention to all the design and engineering efforts that had gone into their development. This immediately got us wondering: Will these EarPods actually be any better? After some considerable listening time with them, we have a verdict: the EarPods are different – better in some ways, even – but still a dud. Read on for our in-depth analysis.

The EarPods come packaged in typical Apple fashion, within a compact clear plastic case. It appears intended for repeated use, though we don’t think that’s a very practical idea: You have to wrap the EarPods back up exactly as they were at the factory, otherwise they don’t fit properly and, besides, the clear plastic lid doesn’t snap back into place very securely.

We covered the crucial design changes when Apple announced the EarPods, but here’s the nutshell version: Apple has changed the shape of the earphones to allow for better comfort. The housing is all plastic and there is no longer a rubber ring running the perimeter of the earbud itself. To improve sound, Apple vented the EarPods in several places, citing improved bass and midrange reseponse, and changed the ‘buds’ shape so that sound is routed more toward the ear canal than it is toward the outer ear.

The only other noticeable physical change was made to the in-line microphone and controls, which is a bit longer than the previous version.

The new EarPods do take a step forward in terms of comfort. The edges don’t feel as sharp when first placed in our ears and the contoured shape helps to make the earphones feel as if they were intended to be in the ear, while the old ‘buds always felt like foreign objects that had no business barging into our aural orifices.

Still, after about 45 minutes of use, we were ready to take the EarPods out. Apple’s design guru Jony Ive nailed it on the head when he said in this Earpod video: “making one headphone to fit everybody’s ears would be like trying to make one pair of shoes to fit everybody’s feet — I mean, it’s impossible.”

Indeed, despite Apple having “three-dimensionally scanned hundreds of ears for a commonality” so that the EarPods might fit a broad range of ears, they end up being just as uncomfortable in the long term; though, admittedly, it did take us a little longer to be fed up with them than it took with the older earbuds.

Unfortunately, the EarPods don’t stay put any better than the original Apple earbuds. If anything, the rubber ring on the original version may have allowed for a little more grip. With the all-plastic EarPods, security remains an issue. We didn’t get a chance to get our sweat on, but we’re pretty safe saying the EarPods won’t make a great workout earphone.

Apple has significantly improved the bass response with the EarPods. This is easily the most discernible difference when compared to the old Apple earbuds, and we think that it might be just dazzling enough to have folks issuing a thumbs-up as a knee-jerk reaction. However, further scrutiny bears out that bass response isn’t the only thing that’s changed.

We noticed that Apple has significantly brightened up the treble output as part of its redesign. Some may enjoy this change, but we did not. We found that cymbals sounded brittle and guitar distortion sounded…well…distorted in the wrong kind of way. There’s the intentional distortion that guitarists implement and then there’s the unintentional distortion you get when you are listening to an underpowered or flat-out shoddy audio product that can’t handle what you throw at it. The EarPods reside firmly in the latter camp. We also didn’t care for the overtly hissy handling of sibilants (‘s’ and ‘t’ sounds).

The real loser in this fight to bring more treble and bass to the table is the midrange region. If the original Apple earbuds’ midrange and vocal response sounded tepid, then you’d have to say the EarPods sound chilly. Vocals seem recessed in the mix and a little thin, with too much emphasis placed on the upper portion of the mids with nothing in place to warm it up.

There has been little to no change here, which should come as no surprise to anyone. Earbud-style earphones were never intended to shut out noise – there’s just no seal implemented to accomplish such a task. As such, we won’t bother to list is as a low-point in our synopsis. Expect to hear the outside world and for the outside world to hear a little of your music.

When all is said and done, Apple’s new EarPods are an improvement on the earbuds they replace, but only marginally so. It’s hard to imagine anyone would compare the two and express a preference for the older model. With that said, we had hoped for a little more from the EarPods. Comfort has been improved, but only enough to be a bit more tolerable for short term use. Bass has been beefed up considerably — and you won’t hear us complain about that — but treble is a little too hot and brittle for us now and the midrange sounds as if it has been sucked to the back of the room.

At the end of the day, Apple’s customers get saddled with the same lackluster product — just good enough to keep consumers in love with their new iOS devices, yet bad enough to send them running, money in hand, for a better option. From where we sit, it seems nothing much has changed.

Topics
Video-editing app LumaFusion to get a Galaxy Tab S8 launch
The best Dolby Atmos soundbars for 2023
The best subwoofers you can buy in 2023
The best Blu-ray players for 2023
The best speakers for 2023: great hi-fi options for music and more
This massive OLED TV has a $1,000 price cut at Best Buy today
I replaced my kitchen TV with an Echo Show 15 — and I kinda liked it
The best HDMI cables you can buy in 2023
Why the Nest Hub Max still rocks as a kitchen TV
Stream live sports without cable with Sling — now 50% off
OnePlus Buds Pro 2 to support Android’s new spatial audio feature
Should you mount your TV above a fireplace?
Walmart has a 50-inch TV deal for under $200 today