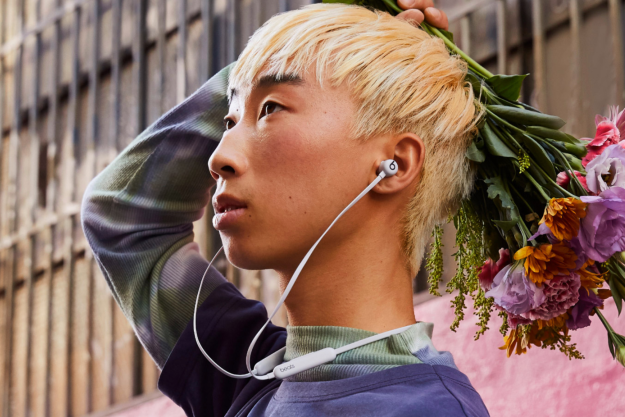 “With 12-hour battery life, great sound, and a good price, the Beats Flex are hard to beat.”

Editor’s note: When Beats By Dre introduced the Beats Flex in 2020, they launched at $50. Our original review praised them for being half the price of the BeatsX, the product they replaced. One year later though, the company revised that price upward, considerably, to $70. Our review has been updated to reflect that change. We still think the Beats Flex deserve their 8/10 rating, but we are less impressed by the value they represent now that they are 40% more expensive.

Until now, the most affordable set of Beats wireless headphones was the $100 BeatsX. With their balanced sound, easy pairing with iPhones, and excellent call quality, they were a good choice for Beats fans who wanted something smaller and less expensive than the brand’s classic folding wireless headphones.

But the BeatsX were released in 2017, and the wireless headphone market has changed a ton since then. True wireless earbuds have become very affordable and the connection problems that once plagued these devices have largely been eradicated. This had the effect of making the BeatsX look unnecessarily pricey given their bulkier behind-the-neck design.

Apple’s response: The $70 Beats Flex. They have all of the features as the BeatsX, which the Flex replaces, but at a 30% lower price that keeps them in the running when people are considering a new set of earbuds.

Did Apple have to cut too many corners to offer the Beats Flex for $70, or are these the Beats to beat?

The BeatsX were already one of the most responsibly packaged headphones I’ve come across, and the Flex go even further. The simple black cardboard box isn’t much bigger than a deck of cards, there’s virtually no plastic inside or out, and it can all be easily recycled. This is how all of our technology should arrive.

Inside the box, you’ll find the Beats Flex, a USB-C to USB-C charging cable, three sizes of silicone eartips (in addition to the ones that are installed at the factory), and some paper documentation including the de rigueur Beats sticker.

They use the same hybrid cable design as the BeatsX that combines a flat, tangle-free wire and a thicker, rubberized around-the-neck section that springs back to its U-shape no matter how much you twist and turn it. It’s slightly thinner on the Flex, but still just as robust.

You never have to worry about losing an earbud and there’s no bulky charging case to stash in your pocket or purse.

At either end of the U are elongated plastic housings that contain the battery and electronics (including the Apple-designed W1 Bluetooth chip), as well as the USB-C charging port and the power/pairing button. These plastic housings are where Apple has focused most of its redesign (cost-cutting?) efforts. Instead of placing the microphone and controls in an inline pod on the left earbud’s wire, these are now contained in the left housing.

The earbuds themselves are the same size as the BeatsX, though Apple claims there’s a new proprietary layered driver inside.

They can truly last an entire day before needing to be plugged in.

It may seem a bit odd that the Beats brand is still making behind-the-neck wireless headphones while every day sees a new set of true wireless earbuds hit store shelves, but there’s still a market for this style. You never have to worry about losing an earbud, there’s no bulky charging case to stash in your pocket or purse, and when you want to have a conversation, just pull the buds out of your ears and let them dangle. For folks who routinely need to go back and forth between listening to music and listening to the world around them, it’s a much more convenient design.

With only eight hours of battery life, the BeatsX were not only getting crushed by other wire-connected wireless earbuds, but also by some of the new true wireless earbuds. JLab’s Epic Air ANC, for instance, can get eight hours of life with ANC on and a huge 12 hours with it off. And that’s before you take into consideration the extra juice in their charging case.

The Beats Flex may not have a charging case, but with 12 hours of continuous operation, they can truly last an entire day before needing to be plugged in.

What’s odd about the Flex is that while overall battery life is better than their predecessor, fast-charging is actually worse. You now need 10 minutes to get a 1.5-hour boost, whereas the BeatsX could dish out two hours of extra time after five minutes of charging.

Perhaps this is somehow related to the switch from Apple’s Lightning port on the BeatsX to the USB-C port on the Flex.

Switching to USB-C makes a lot of sense if you’re going after the Android community as Apple seems to be doing with the Flex, but its choice of how to do that is perplexing.

The included USB-C to USB-C charging cable creates an immediate problem for any person who doesn’t already own another USB-C device. There’s simply no way to plug the cable into anything but a USB-C charging port and Apple doesn’t include a USB-C charger in the box. If you own a recent MacBook Air or MacBook Pro, no problem — both machines have ports that can be used for this purpose. But if you’re still rocking an older computer or literally any iPhone, there is a good chance that you have no way to charge the Flex without an Amazon order (or you can buy Apple’s USB-C charger for $20).

Getting great sound from a set of earbuds depends a lot on how they seal against your ear canal. With four sizes of silicone tips to choose from, most people should be able to get a secure and comfortable fit with the Beats Flex. The default set of tips is the medium size, and these proved to be very comfortable for me.

The behind-the-neck design is also very comfortable. You barely notice its presence, and the rubberized texture keeps it from sliding around while you move about.

As long as you grab the earbuds the right way, their flat cables keep themselves out of your face. Get them twisted and the opposite happens.

Placing the controls in the plastic housing (versus the inline controls of the BeatsX) makes them a little harder to use. The volume rocker is easy to use, with well-defined clicks. But the multifunction button that controls play/pause, track skip forward/back, call answer/end, and accessing Siri (or Google Assistant) has only a tiny amount of travel and virtually no click.

This can make it tricky to know if you’ve pressed it accurately. Because it’s mounted on the internal side of its housing, you need to press it with your index finger — unless you reach across your neck with your right hand — something I found harder to do accurately than when using my thumb. You get used to this arrangement quickly enough and on the bright side, you’ll never risk accidentally yanking the left earbud out when you use them.

As with all Apple wireless headphones that use the company’s W1 or H1 wireless chips, pairing the Flex to an iOS device is a snap. Simply turn them on and wait for your iPhone to show you the one-tap pairing animation. If you own more than one Apple device, switching the Flex from one to the other is also a breeze.

It’s almost as seamless on Android devices too, as long as you download the free Beats app first.

The Flex don’t have a wear sensor to automatically pause your tunes when you pull out an earbud, but they have the next best thing: A sensor that pauses and plays when the earbuds magnetically latch and unlatch from each other. It doesn’t help when you remove just a single bud, but it’s handier than pausing manually.

The Beats Flex are also compatible with Apple’s audio sharing feature, which lets any two W1 or H1-equipped headphones or earbuds listen simultaneously to content from an iOS device.

It proved to be a great way to compare the sound quality of the Beats Flex and BeatsX (more on that in a minute).

The BeatsX missed out on being a Class 1 Bluetooth device, but the Flex has this feature, too, which means a much longer wireless range — up to 300 feet.

Given that the Beats Flex cost $30 less than the BeatsX, I was prepared for a drop in sound quality, but that isn’t the case: They sound great.

For the price, these things rock.

Not only do they compare very closely to the BeatsX, with an even more bass-forward sound signature, but they also sound very close to the AirPods Pro, which are nearly four times more expensive.

They don’t quite match the AirPods Pro in terms of the width and depth of their soundstage — the Flex keep things a little closer to your head — but again, for the price, these things rock. To get a truly noticeable improvement in audio quality, you’ll need to spend between $200 to $300.

I still wish that Apple would offer at least some basic EQ adjustments for bass and treble. The Flex are tuned in such a way that vocals aren’t quite as pronounced as I’d like, which I think some small EQ tweaks could fix, but that’s simply not an option.

Some folks might prefer the way the Flex have been tuned, thanks to an even more pronounced lower register than the BeatsX that lends itself especially well to rap, hip-hop, and a variety of club and EDM subgenres.

One of the things I loved about the BeatsX was their call quality. Crystal clear and superb for separating voices from background sounds, they were the next best thing to actually holding your phone to your face.

The secret was the mic placement. Positioned on the left earbud wire, it was ideally located to capture speech. The Beats Flex are almost as good, but the location of the mic on the Flex neckband does result in slightly worse quality.

Your voice will still be very clear under most circumstances, but background noises aren’t filtered out as well. They don’t drown you out as tends to happen with true wireless earbuds, but they’re more noticeable than with the BeatsX.

The one thing that would make calling better on the Flex (other than moving the mic) is a hear-through mode so you can hear your own voice better.

If you prefer the design of a behind-the-neck set of headphones, the Beats Flex deliver everything you could want at an affordable price.

If you need longer battery life, Sony makes several behind-the-neck models with 15 to 20 hours of battery life, like the bulkier C400  and the WI-C310.

But if you’re an iPhone user, the Flex is still a better choice because of its excellent integration with Apple’s ecosystem.

The Beats Flex are well-built with durable materials and connections. They come with a one-year warranty from Apple, which can be extended with an optional AppleCare purchase.

Dspite not carrying an IP rating for dust or water protection, a source at Beats tells me the Flex are in fact quite capable of dealing with a sweaty workout. The USB-C charging port is waterproof and the controls have all been sealed against moisture.

Yes. For the price, the Beats Flex are a good value that Apple owners, in particular, should strongly consider if they’re looking for a great alternative to buying a set of true wireless earbuds.