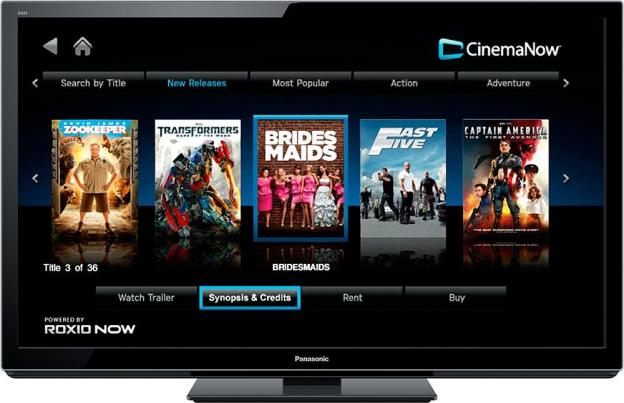 DTS has worked out an agreement with Samsung and CinemaNow to deliver DTS-HD audio to go with streaming HD movies, and it will start offering the DTS-Express encoded content along with the current versions available.

CinemaNow will have 4,000 titles encoded with the new standard right away, though more are expected to follow. The HD video quality the streaming service currently offers is unaffected by the DTS-Express audio soundtracks, and at this time, it doesn’t look like consumers will be expected to pay extra for watching movies with the beefed up audio stream, though CinemaNow does have the option to do that later on.

Samsung comes into play here as the hardware part of the story. The company’s smart TVs will be the first to come with the DTS-Express movies, while new Blu-ray players equipped with the feature will come to market later this year. It should be noted that DTS-Express will only be available on Samsung’s 2013 line of smart TVs, and despite software updates, previous models from 2012 and earlier won’t be compatible.

Geir Skaaden, Senior Vice President of Products and Platforms at DTS, told Digital Trends in an interview that DTS is working with a “broad range of companies in the streaming front, content owner, storefronts and product companies”, without elaborating on who they might be. He added that there are no exclusives, so it appears Samsung will be alone in having first dibs.

Now that cloud provider, Rovi, has proven that CinemaNow’s HD streaming works, efforts focused on adding another element to enhance the experience further. It helps that DTS Express works on a lower bitrate, so it can be streamed seamlessly over the Internet as a multichannel audio codec. It has traditionally been used as a secondary audio channel on Blu-ray discs. There has been interest in doing something similar with DTS-HD Master Audio — the best lossless codec the company has to offer — but there’s nothing concrete in the cards just yet.

“HD resolution has become a staple across all screens, and consumers are increasingly recognizing the importance of surround sound technology to complement the overall entertainment experience,” said Skaaden.

When asked if consumers needed anything special or unique in their home theater to best experience the upgraded audio stream, Skaaden indicated that surround sound basics should suffice.

“DTS-HD enables CinemaNow to deliver content in immersive 5.1 surround sound. Samsung’s TVs come with DTS audio processing that allow them to take advantage of the 5.1 audio stream and deliver it in front-rendered surround sound via the built-in speakers,” he explained. “Additionally, the TVs can output that audio stream to a connected 5.1-channel or larger home theater speaker system setup or sound bar with a DTS-HD decoder.”

Basically, the idea is that there should be no difference in hearing an HD movie on CinemaNow or a Blu-ray disc, since the same technology has now been applied to a stream from physical media. It will be interesting to see if this expands further and more vendors get on board to snap it up.