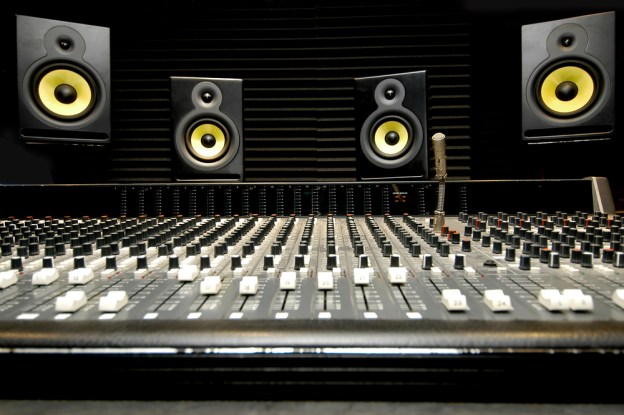 In his recent article article, “We demand HD quality from our televisions, why not from our iPods?” Digital Trends’ Adam Poltrack raised the issue that while consumers have been demanding HD-quality films and television programs to match the improvements in TV picture quality for years now, they have pretty much thrown in the towel when it comes the quality of digital audio. And while it might be easy  to point the finger in the direction of Cupertino,  the truth is that consumers bought into the “convenience over quality” argument from day one, making the iPod one of the most successful consumer products of all time.

The giant yellow bulldozer that is  iTunes didn’t exactly sell 25 billion downloads overnight, but once it crossed over that 1 billion threshold, it went into overdrive in an effort to dig every last dollar it could out of your pocket for its MP3-quality tracks. And you obliged willingly. In 2012, digital download stores finally surpassed Target and Walmart and now represent 37 percent of all music sales.

In one respect, iTunes was a step in the right direction because it put a much deserved bullet in the head of the notion that people should be able to steal music and give it away for free. If you didn’t create it or pay to produce it, you certainly didn’t have the right to rip off the artist who did. iTunes, which turns 10 years old in April, didn’t just tip the lid off Pandora’s box (the irony), it blew it wide open with C4 and let loose the lossy dogs of war.

Streaming music services like Spotify, MOG, and Pandora have tried to up the ante by offering music streams at slightly higher bitrates – and for that they deserve applause – but until they offer lossless streaming or high resolution audio downloads, they won’t see my subscription or my money.

There are cynics who decry the need for anything better than MP3s because most people apparently can’t hear the difference. The truth is that people have always been able to hear the difference; they never had a problem with the sound quality of vinyl (which is staging a resurgence)  and CDs, but someone slipped something into their Slurpee and convinced them otherwise. We would never accept our favorite meal without two of its key ingredients, but somehow we got really lazy when it comes to music, and, as a result, the one form of communication that has always transcended our differences got trampled in the process.

Then, suddenly, it happened: The audio industry and even some specific musicians began to push back. Manufacturers such as B&W, Naim, and Linn began to offer high definition audio downloads for sale, and musicians like Peter Gabriel and Neil Young began to rebel (Neil is pushing something called PONO, and if it ever launches, it might have you dragging every MP3 you ever bought to the trash bin), insisting that iTunes decimates the art that they and musicians like them labored to create.

These new music files and some of the digital music players that handle them don’t just bring us back to CD-quality audio, they go far beyond it to take us to a level of music fidelity never before offered by the portable music industry. 24-bit/96kHz and 24-bit/192kHz music , and digital music players like the iRiver AK100 sound so good, they’ll make your iPod beg for mercy. And before you jump to pigeon-hole all this stuff into some dark, dank audiophile dungeon, take note that high-definition download sites are popping up all over the globe and are seeing support by major labels – this is no longer the audiophile’s Pliny the Elder to enjoy alone.

Is there a catch? There always is. High-definition downloads are more expensive than their MP3 counterparts. Expect to pay a few dollars more for a complete album. But they are also offered at 24-bit/96kHz and 24-bit/192kHz sample rates which sound better than the original CD releases…a lot better. Greater transparency, more detail, and deeper bass response are just a few of the many sonic advantages. Admittedly, there are a handful of tracks that kind of disappoint. Nirvana’s Nevermind won’t blow you away, but  The Rolling Stones’ Let it Bleed and the Doors’ L.A. Woman will be a brand new experience for you.

Fair warning: Getting into HDtracks may also prompt you to spend a little more on your music system. You might want to pick up one of those USB DACs I mentioned earlier and use playback software other than iTunes. High definition audio downloads are also large files, so they take time to download and require more space to store.

With an MP3 file, it’s like watching a movie on a 13 inch Black and White TV. With HDtracks, it’s like seeing the same movie in Blu-ray on an 80-inch 1080P plasma TV.

Now, meet the man who plans on waterboarding MP3s until they accept defeat; the man behind HDTracks. Meet David Chesky.

Three-time Grammy nominee and highly respected record producer and musician, David Chesky, is the owner of Chesky Records – one of the most popular and respected audiophile music labels in the world. Chesky Records has produced over 500 albums with highly accomplished artists in genres spanning classical, jazz and world music. Chesky has been at the forefront of audio technology, having created the world’s first 128x oversampled recordings, 24-bit/96kHz recordings, 6.0 multichannel 24-bit/192kHz DVD-Audio Disc layout, and Binuaral+ for 3D sound playback on both headphones and speakers.

Back in 2007, Chesky launched HDtracks, a high definition audio download site that offers DRM-free CD and DVD-Audio quality downloads at the highest possible bit rate. While his initial offerings were certainly geared toward the audiophile crowd, the success of HDtracks did not go unnoticed by major record labels. The selection in 2013 is a mixture of some of the best jazz, rock, blues, and classical music ever recorded. Not interested in Miles Davis or the Buena Vista Social Club? Sad…but Chesky has you covered with Green Day, Rush, Mumford & Sons, the Rolling Stones, and even the Black Keys.

Digital Trends – When did you come up with the idea for HDtracks and why?

David Chesky – About 8 years ago I was doing some research on high-resolution audio data transmission and the possibility of it being a future model for music downloads. Then I saw the brick and mortar stores disappear, and then the Web finally had the bandwidth to support our HDtracks files.

DT – How do you select the albums that you offer in HD and how difficult is it to secure the rights and get the albums converted?

DC – We have deals with the four major labels and with countless Indies. They send over all the music they have in hi- res and we put it out. They are continually remastering things for us in hi-res.

DT – What aspects of the sound quality do you feel are improved by a 24/96 or 24/192 download? What is the consumer really getting for their money?

DC – Think of this: With an MP3 file, it’s like watching a movie on a 13 inch Black and White TV. With HDtracks, it’s like seeing the same movie in Blu-ray on an 80-inch 1080P plasma TV. It’s the same movie, but you get so much more resolution. What does that mean to the music lover? Better tone, better sense of space, better soundstaging… it connects you to the actual event. If you like to listen to music when you vacuum, well HDtracks is not for you, but if you’re passionate about your music and really listen, HDtracks will let you hear all the colors of the music a lot better.

DT – What genres of music have been the most popular so far?

DC – It’s the same as a normal record store: Rock and Pop are the best sellers. But, I think since the HDtracks customer is a more educated music lover and not a teenager, we do see a larger percentage of jazz and classical sold than a normal store.

DT – Based on current broadband infrastructure, how far do you think the technology can go at this point; in terms of sample rate/file size and how long it takes a consumer to download an album?

DC – The average Cable customer should be able to download a FLAC 96/24 album in under 10 minutes. Even if you had a record store near you it would take a lot longer than that to go out and find the album and take it home.

DT – Any plans to offer individual tracks for sale versus an entire album or offer a subscription service such as eMusic?

­­­DC – We do offer tracks as well. For the time being we are not going to do a subscription service, but things could change later on.

DT – Why do you think it’s been so hard to convince people that they are missing out when they buy/listen to a MP3 versus a lossless version?

DC – It’s not hard once people get a chance to hear what they’ve been missing. We have demoed this and blown people away when they hear how spectacular an HDtracks file can sound. It is music. It connects you. You feel the passion of what the players are trying communicate. Art and music are about communication, and HDtracks gives you the cleanest audio path to your favorite artists. There is simply no better way to hear music on this planet or any other planet than a hi-res HDtracks file played back via RAM on a computer.

HDtracks is still only available to U.S. customers, but David Chesky indicated during our interview that they plan on expanding very soon into other markets. One thing’s for certain – you’re going to need a much bigger hard drive.