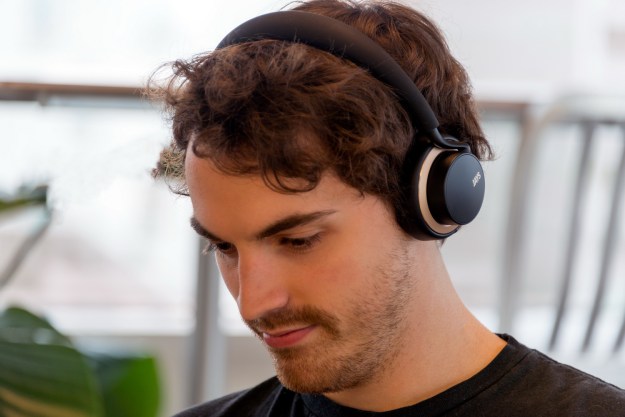 After Beats took the headphone market by storm a few years back, it became more difficult to find a simple, elegant looking set of headphones that didn’t feel exclusively designed as a competitor to Dr. Dre’s burgeoning empire. Yet, while many brands looked to mimic Beats’ flare for flashy style and bombastic bass, Swedish headphone maker Jays went the other way.

A sleek, minimalist pair of on-ear headphones without a single exposed hinge or wire, the company’s original u-Jays impressed thanks to extremely clear sound and classic style at an affordable price. So how does the newly minted wireless version of the u-Jays hold up? While they offer nearly identical looks and sound performance as their wired counterpart, the addition of intuitive touch controls, great battery life, and a 20 percent price drop make the u-Jays’ second take more compelling than ever.

The u-Jays Wireless come in a very similar package to their wired predecessor, laid flat in molded foam inside a thin black box. Branding is Scandinavian minimalism to the core, with wide swaths of solid black accented by light streaks of gold. Accessories in the box include a 3.5 mm cable, a micro USB charging cable, and instruction materials.

It’s worth noting that, though the wired u-Jays came with a drawstring bag, the wireless iteration doesn’t. Also, the u-Jays Wireless’ included audio cable doesn’t come with the same three button iOS controls we saw on the wired version, but that’s because the added touch controls replicate the same functionality — more on that later.

The effortlessly simple design we loved about the wired u-Jays is back in virtually identical form for the u-Jays Wireless. That goes for all our favorite hallmarks, including the stylish rubberized headband, the easy-swivel earpieces, and the perfectly rounded earpads layered in supple leather. While we love theall-black option, if that’s too understated for your taste, the u-Jays also come in black and gold, white and gold, and white and silver colorways.

The u-Jays Wireless accurately reproduce every style of music you throw at them.

The only real physical change between the two versions that isn’t explicitly for wireless functionality (the company added a charging port and power button on the back of the right earcup), is that the lower part of the headband that denotes the stereo sides has been painted on rather than molded in raised plastic.

In keeping with their similar design, comfort remains almost identical between the wired and wireless versions of the u-Jays — in general, the headphones have just enough padding to get the job done. That said, the added weight from the batteries does mean that the semi-padded headband is slightly more bothersome than it was on the wired version. After a few hours of listening, you may need to give your head a break.

The u-Jays Wireless hide their coolest new feature in plain sight, in the form of an invisible touch pad for playback control. As we’ve seen with many other wireless headphones, the touch pad allows you to play/pause music or answer phone calls with a single tap, change songs with a swipe left or right, or raise or lower volume with a swipe up or down. The controls work like a charm, with almost no latency between commands and response.

While the touchpad feature is commonplace these days, Jays is one of the few companies to offer a lock for its touch controls, to limit unwanted commands when you adjust them on your head or accidentally touch them. It may seem simple, but it’s an extremely welcome feature that’s also very easy to engage: Simply press the power button twice to enable or disable the lock, at which point a helpful beep will let you know your settings have been changed.

In keeping with the overall theme of usability, the headphones also auto-detect when you plug in the audio cable, disabling all powered functions to save you juice. Battery life is rated at a respectable 25 hours, and in practice we were able to get multiple days of use out of the headphones before recharging.

It’s also worth noting that Jays lowered its overall price points. While the original headphones were priced at over $200, the wireless version is just $180 (while the wired model has dropped to $120). Where they were previously competing with better-sounding alternatives from companies like Thinksound, the u-Jays are now in a class all their own. The price drop also makes us a lot less concerned about the lack of a carrying case, which we expect as part and parcel with more expensive models.

Setting up the wireless u-Jays is quick and painless. Simply charge the headphones, then press and hold the power button. Once the white LED on the bottom of the right earphone starts blinking, locate the headphones on your devices’ Bluetooth menu and pair. From there, it’s off to the races.

The same 40mm dynamic drivers we heard in the wired u-Jays return in the wireless iteration, providing the same linear and dynamic sound we’ve come to know and like.

In keeping with the u-Jays other minimalist tendencies, everything in the sound profile feels simple, if slightly restrained. They don’t offer quite the same vibrant and energetic reproduction of instruments as headphones like Marshall’s slightly more expensive Mids, but they do make each instrument easy to pick out in a mix.

Like their wired predecessor, the u-Jays Wireless accurately reproduce every style of music you throw at them — no small feat for headphones in this segment.

The sleek, minimalist design we loved about the wired u-Jays is back in full form.

On songs like Kadhja Bonet’s Remember The Rain, there’s a pleasant string shimmer atop the groovy R&B drums and bass, while acoustic songs like Hiss Golden Messenger’s Lateness of Dancers showcase a pristine upper register in the vocals. Regardless of what genre or artist you listen to, each song sticks very closely to its source material, with very little coloration. While that may not be for everyone, we quite enjoy the hands-off approach to the sound signature, especially refreshing in a world which seems to demand massive bass response — even when the music doesn’t call for it.

Stereo imaging is perhaps the place where the u-Jays Wireless shine brightest. The headphones place the hand drums on Sinkane’s afro beat-influenced song Telephone on the outside of a very wide soundstage, where they are joined by trumpet and sax lines to create an extremely fun to listen to atmosphere.

The new u-Jays Wireless keep everything we liked about the original, while dropping the price, and adding functionality to emerge as one of the better options in their category. What’s not to like?

There are a few other great Bluetooth-enabled headphones worth checking out at similar price points, including the excellent Marshall Mid on-ear and the Plantronics Backbeat Pro 2 over-ear, but even in the company of these fine choices, the u-Jays Wireless are no slouch.

Solid construction and simple design — as well as the fact that the company hasn’t changed much from the previous model — leads us to believe that the u-Jays Wireless will last for years of regular use before they’ll need to be retired.

Topics
Rode’s NTH-100M headphones are built for gamers
Sony’s 2023 AV receivers are Sonos-ready and work with wireless speakers
Netflix expands its spatial audio, number of devices that can download content
Best 75-inch TV deals: Get a large screen for the Super Bowl
Super Bowl 2023 halftime show: who’s performing?
The best indoor TV antennas for 2023
The best waterproof Bluetooth speakers for 2023
The best VPN for streaming for 2023
Marshall’s latest Bluetooth speaker has four drivers for 360 sound
Showtime is being merged into Paramount+
Sling is now 50% off — stream live sports without cable
Klipsch follows the success of The Fives with The Sevens and Nines powered speakers
Everything leaving Hulu in February 2023