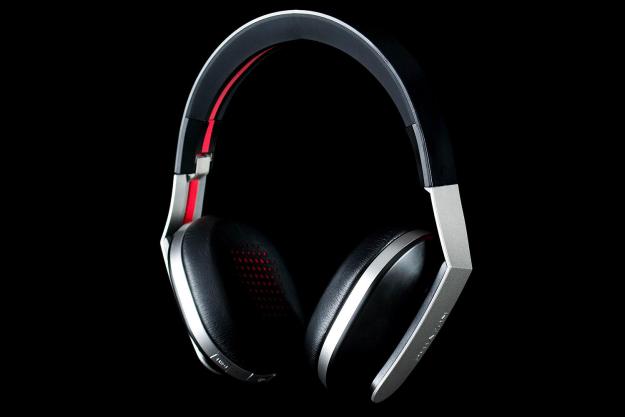 “Frequent fliers, daily commuters, and noisy office dwellers take note: Phiaton’s Chord MS530 are about as good as wireless, noise-cancelling headphones get, and easily worth the $300 investment.”

Want to win a pair of these exact same headphones? Head to our Facebook page to learn how!

Looking for Bluetooth wireless headphones? You’re in luck; there are gobs of them now. Need active noise-canceling headphones? Those have also gotten really popular; take your pick. But if you’re looking for a set of cans that do both, you’re options are extremely limited.

Sennheiser makes the MM 450 Flight, an on-ear model that likely sounds great, but at $300 might seem a bit pricey for an on-ear. Most folks prefer over-ear models for active noise-canceling. Then there’s the Parrot Zik wireless model, which is an over-ear design priced around $330 online. But that’s about it; the world is ready for a few more options in this relatively new headphone category.

Enter Phiaton and its Chord MS 530 headphones. For $300, Phiaton is offering active noise-canceling, Bluetooth 4.0 wireless capability, a long-lasting, built-in rechargeable battery, and a wired option just in case you need it. The MS 530 can take phone calls on the fly, connect to more than one device at a time, and, as a bonus, they look pretty cool.

Given that Phiaton has consistently exceeded our expectations in the past, we held high hopes for the Chord MS 530. After four long flights, several bus rides and over a month in our often-noisy DT office space, our test drive is complete. Read on to see how Phiaton’s latest performed. Or, just go buy them right now. Yeah, they’re that good.

The MS 530’s box appears to have been designed for prominent placement in one of those headphone stores that keep popping up in airports everywhere. The box is massive, red, and sure to catch some attention. That’s probably a good thing because, although Phiaton has been around for a while now, it still isn’t a household name in headphones. Give them time, though. That’s likely to change.

After ripping off a perforated cardboard strip, we opened the box to find yet another hinged layer to peel back. Doing so revealed some foam on the underside, with the MS 530 sitting in a custom cutout of dense foam. Hiding in the “lid” was a soft, supple carrying case which contained a USB charging cable, a red headphone cable with three-button inline microphone and an airline adapter – you know, just in case you wind up on an ancient plane that still has those ridiculous dual-jack audio outputs. Also included was a packet of clear and simple instructions.

The Chord MS 530 offer everything we look for in a traveler-friendly headphone, and then some. The built-in rechargeable battery offers 18 hours of runtime with the active noise-canceling feature engaged, 30 hours with it turned off. That kind of battery life should get you through all but the longest international flights, but just in case the juice does run out on you, the provided headphone cable can step in and keep the music or movie audio going.

The MS 530 offer just enough balance of clamping force and ear padding to keep the headband almost out of the comfort equation … almost.

As previously mentioned, that headphone cable features an inline control microphone for volume control, answering/terminating phone calls, and skipping or reversing tracks; all features which are available in wireless mode as well.

The MS 530 can also connect to up to two different Bluetooth devices at once. This can be handy for those times when you want to watch a movie on a laptop or tablet, but want to be able to take a phone call if it comes in. We routinely paired the headphones to our iPhone 4S and worked on one of two different computers at the same time. This allowed us to keep music going and snag phone calls on the fly. We loved the flexibility.

Phiaton claims the MS 530 are capable of cancelling up to 98 percent of ambient noise. That seems like a pretty optimistic claim, but just placing these headphones on our ears provided some serious passive noise isolation and, thus, some encouragement that perhaps the company’s claim wasn’t as inflated as we initially thought.

The MS 530’s ear pads are fashioned from memory foam and covered in black leatherette. Beneath perforations in the ear pads, red speaker cloth peers out, mirroring the red accent color that runs the underside of the headband. The top-most portion of the headband is cushioned with what we assume is foam, coated in rubber. The rubber material threw us off and caused some concern, as it didn’t seem like a particularly cozy material choice.

The headphones’ ear cups adjust along an interior track located toward the bottom of the headband, making size adjustments easier than more traditional designs.

The MS 530 offer a balance of just enough clamping force and ear padding to keep the headband almost out of the comfort equation … almost. Our one complaint about these headphones is the occasional discomfort experienced after extended wear. Also, as is the case with nearly any full-size headphone, long-term wear can warm up the ears. None of this was unexpected.

The MS 530’s noise-cancelling capabilities are excellent. With that said, we think Phiaton should be a little more conservative about the noise-cancelling claims it prints on its box and website. 98 percent is a big number, and those unfamiliar with what to expect from a noise-cancelling headphone are bound to feel misled.

Folks new to active noise-cancelling (ANC) technology often expect it to block out every kind of noise there is. That simply isn’t possible. Noise-cancelling headphones are great at blocking out static, droning noises like plane engines, bus engines, whooshing air noise … things of that nature. If a co-worker in the cube next to you has a loud, wheezing cough that drives you nuts, a noise-cancelling headphone will take the edge off a little bit, but it isn’t going to erase the sound from your existence.

Having tested several pairs of ANC headphones, we can say the MS 530 are in the top 10 percent. Bose’s ANC technology stands above most, as does Audio-Technica’s. Of what sliver of edge Audio-Technica’s ‘phones give up in ANC performance, they make up with far superior audio performance. The MS 530 are similar in that regard. The slight improvement in noise cancelling available from competing models isn’t worth a trade-off in sound quality. Because, let’s face it, once the music gets going, you’re not going to hear anything else anyway.

Everyone has a sound signature craving they seek to satisfy when they listen to audio equipment. For us, Phiaton satisfies almost every time. Other headphones can pull off certain tricks a little better – some offer more pronounced bass or more midrange detail, for instance – but what Phiaton seems to do better than most is balance. Top to bottom, the MS 530 sound great. No aggressive highs, piercing sibilants, skull-numbing bass or any of that other garbage. The MS 530 make no egregious mistakes, and are therefore a winner right out of the box.

But the MS 530 do excel at a few critical things. Foremost, they already sound excellent when connected wirelessly. But when you use a wired connection, they move into audiophile territory. Bass is tight, musical and prominent, midrange is clear, open and present, and the treble is sparkling, clear and accurate.

Everyone who tried out the MS 530 took them off nodding their heads in agreement, uttering the same comment, “These things sound great!” Indeed, they really do.

Often, microphones built into the headphone chassis don’t offer the sort of clarity that can be had from a microphone positioned just below the mouth on a headphone cable. But, the MS 530 break that stereotype, offering crystal-clear vocal clarity during all of our test calls. Furthermore, the microphone offered superior noise cancellation, keeping rushing wind from obscuring our conversation.

Frequent fliers, daily commuters, and noisy office dwellers take note: Phiaton’s Chord MS 530 are about as good as wireless, noise-cancelling headphones get, and easily worth the $300 investment. Were it not for a headband that needs a little extra cushioning, we’d be scoring these a perfect 10. It’s a rare thing that we fall head over heels for a headphone, but the MS 530 have totally seduced us. Give them a shot, and you’ll see what we mean.

Want to win a pair of these exact same headphones? Head to our Facebook page to learn how!