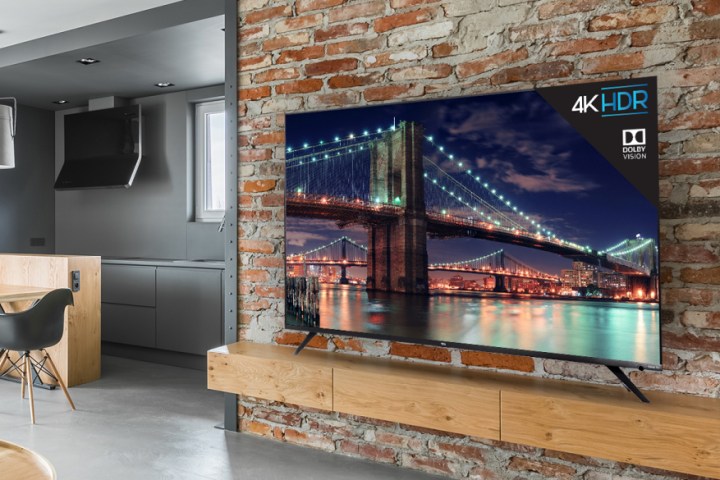 March is traditionally one of the best times of year to pick up a new TV, thanks to deep discounts as new inventory rolls in. We’ve already seen big price drops from LG and Vizio, and now it’s TCL’s turn. The company has reduced its monster 75-inch 6-Series Roku TV to $1,500, which is $300 less than its regular price.  It’s the lowest price yet for this particular model and an awesome deal on such a big screen. It’s a limited-time deal and it ends on April 6 or when quantities run out.

But size isn’t the only reason to grab this deal. The TCL 6-Series is an outstanding value even before any discounts are applied. When we reviewed the 55- and 65-inch models in 2018, we found lots of impressive features. We issued a score of 8/10 and gave it our Editors’ Choice award. As a Roku TV, it already has a headstart on a lot of the competition, with a smart TV interface that is among the best we’ve ever used. Many smart TV makers offer up built-in streaming apps for services like Netflix, Hulu, and Amazon, but they often feel like afterthoughts, and not central to the TV experience. With Roku’s TV OS, it’s the opposite: The Roku channels take center stage, and all of the TV’s other functions are neatly handled by the simple Roku remote. Add to this the availability of voice commands via the remote’s mic button (and Alexa or Google Assistant if you prefer) and you have a nearly perfect user experience.

Picture quality is equally impressive. With 4K resolution, support for both HDR10 and Dolby Vision, and an 800-nit peak brightness, you’ll be hard-pressed to find a 75-inch TV with better specs, even at double the price of the 6-Series. When it comes to contrast, the 6-Series is in the company with the very best QLED TVs from Samsung and is only significantly bested by OLED TVs from LG and Sony. The same is true for its colors. The 6-Series boasts more than 1 billion colors in its palette, which means its HDR performance is going to impress you, regardless of the source material.

Just about the only thing missing from this huge TV is a surround-sound speaker package. But with the money you’re saving, maybe now’s the right time to invest in one of those, too.

Updated March 25, 2019: Previously, we reported that this TV is equipped with Dolby Atmos, which was incorrect.