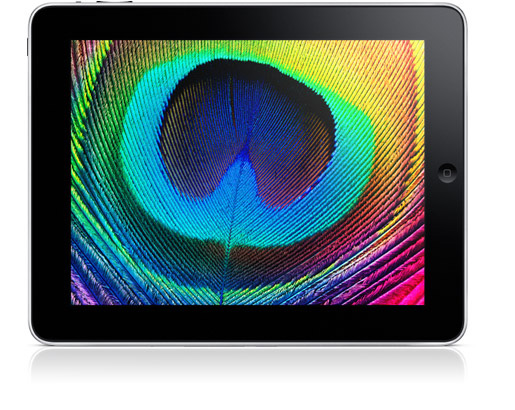 We know you want to touch it. Just catching a glimpse of Apple’s iPad can encourage one to glide a fingertip over the crisp high-resolution display. Today, industry experts—even the notoriously Apple-bashing ones—had to applaud the company and CEO Steve Jobs for their innovative new tablet device. Let it be noted: there were a couple of disappointed people in the crowd today at the Yerba Buena Center in San Francisco. Well, industry insiders have some advice to the disappointed and down-trodden iPad critics—this device will only benefit you and this is only the beginning.

What Apple did today—as it does with most of its grand announcements—was lay a foundation for growth, innovation and inspiration from within the company and from outside competitors. Look at what Apple did with the iPhone: Most tech analysts will say that Apple invented the “smartphone” category by setting a standard and continually challenging competitors with its iPhone device. And today, Apple set a standard for the foundation of the tablet market. David Wertheimer, CEO and executive director of the Entertainment Technology Center@ USC (ETC@USC), thinks the iPad, like the iPhone, is only the beginning of the tablet PC market and there will be a lot more to come from Apple and its competitors.

“The iPad is a beautiful, thin, letter-sized iPhone, but with loads of potential,” says Wertheimer. “The base platform is the critical foundation — but as a foundation, it’s a really beautiful iPhone XXL.  However, as with the iPhone, the apps that take advantage of the new form factor will make all the difference.  What we saw today was only a foreshadowing of what we will see once Apple sets the developer community loose on the platform.”

In contrast to the iPhone, the iPad could be a device that analysts say “anyone can have”—Apple hit the competitive price point right on the head with a low-config at $499. This new device is reaching out to the populous—something Apple claims it does with all its products—and sparking intrigue to completely new demographics. Some experts think the iPad will actually be that one device that could fit comfortably in someone’s everyday lifestyle.

Glenn Chapman, Technology correspondent for Agence France-Presse (AFP), believes the iPad will commandeer a couple of markets—namely threatening e-readers and handheld gaming devices—because this device expands beyond books, newspapers or magazines to the 140,000 applications in the App Store. He also thinks the iPad may commandeer a few hearts as well—like the gadget-crazy emotions of a college kid.

“Since it [iPad] combines interactive text book capabilities with fun apps including YouTube, Facebook, and mobile games it promises to be a hit with students that will be able to combine academics with playtime,” says Chapman. “The 499 dollar price point makes it reasonable for parents to opt for iPads instead of netbooks or low-end laptops for their children, or as second-computers in homes.”

On different note, some industry analysts felt that Apple was almost where it needed to be with its tablet’s functionality. As we mentioned yesterday, some content providers were hesitant to jump on the iPad bandwagon due to Apple’s previous control issues [i.e. iTunes/music labels scenario].  Alan Stoga, CEO of Digital Media International and Publisher of FLYP, says that mobility is what will salvage the deteriorating magazine and newspaper industry. However, Stoga thinks Apple software still missing something.

“What seems to be missing is the software needed to move story telling into the digital age,” says Stoga. “The challenge is not simply to make magazines and newspapers accessible on mobile, digital platforms with decent screens, but to make their content available in true multimedia format. That requires Flash or something like it which requires more processing power than the initial iPad seems to offer.”

Stoga and other analysts admit Apple is definitely ahead of the game with its iPad device. Stoga suggests it has always been part of “Apple’s genius” to aim at offering the best user experience—and that’s what Apple is bringing to consumers with the iPad. Apple has brought a device that is better than the competitions, will encourage competition and will continue to evolve.