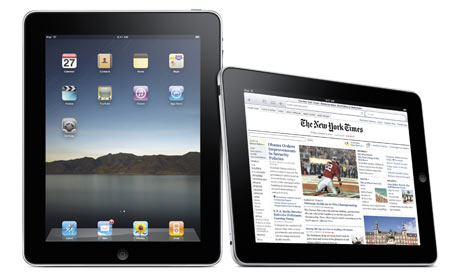 New hardware launches rarely go as planned. Despite the best efforts of the manufacturers’ best and brightest, first generation hardware and software are notorious for having issues, and it appears the iPad appears to be no exception.

As early as Saturday, iPad users began to report connectivity issues, and as of noon today, a thread title “Weak wifi” on Apple’s support forums has been viewed by over 25,000 people (between writing and editing this article, that number jumped by over 2,000). Users complain that the Wi-Fi signal has issues connecting to Wi-Fi networks and difficulty retaining a steady signal when it does connect.

In response, Apple released a support sheet yesterday covering iPad connectivity issues. The page suggests that the issue might be a result of third party Wi-Fi routers that are dual band capable, but many users have stated that they are also experiencing issues with connectivity while connected to Apple’s “Airport” routers, and the website Macworld even confirmed issues using an all Apple setup.

Theories on the support forums range from software issues to a hardware problem involving a misaligned Wi-Fi antennae inside the iPad. Whatever the cause, it is apparent that Apple is taking the issue seriously, but despite their potential fixes, users continue to report connectivity issues.

With over 300,000 iPads sold the first weekend, this could either be a minor bump in the road for a minority of users, or the first sign of trouble in Cupertino.

Video-editing app LumaFusion to get a Galaxy Tab S8 launch
Best Phone Deals: Save on Google Pixel 6, Galaxy S22 Ultra
Does the iPhone 14 have a fingerprint sensor? Here’s what happened to Touch ID
The best iPhone games to play in October 2022: Lord of the Rings and more
The best Android apps for October 2022
Latest Google Pixel 7 leak reveals the full design in all of its glory
Pixel 7: Everything we know about Google’s 2022 flagship
The best hurricane trackers for Android and iOS in 2022
The first Galaxy S23 Ultra leak is great news for S22 Ultra fans
Amazon’s new Kindle Scribe turns the e-reader into the ultimate notepad
Apple AirPods Pro 2 vs. AirPods Pro: What’s new?
The best tablets for kids in 2022: Fire HD, iPads, and more
How to reset Apple AirPods and AirPods Pro