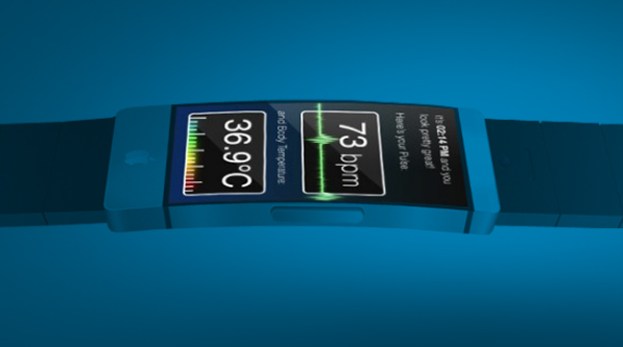 Why do we say this? No, not because of reports earlier this year that the Cupertino company is already “beyond the experimentation phase” with such a gadget, and no, not because Apple boss Tim Cook recently described the humble wrist as “interesting” and “natural” when talking about wearable tech (surely a total giveaway). We’re saying it because the tech giant recently filed for the iWatch trademark in Japan. Now, unless Apple is about to drastically, spectacularly and rather confusingly switch its handset nomenclature from iPhone to iWatch, I think we all know it can only mean one thing.

Apple’s June 3 filing with the Japan Patent Office, which was made public last week and reported by Bloomberg early Monday, was made under a product category which includes “handheld computers” and “watch devices”.

Bloomberg’s report backs up a similar piece published last month by a Russian newspaper claiming the tech giant had filed for the iWatch trademark in that country, too.

Of course, Apple’s move to protect the iWatch name doesn’t necessarily mean it’s creating a smartwatch – it could simply be seeking to save itself a whole lot of hassle further down the road should it decide to develop one in the future – but with all the rumors we’ve been hearing of late, and the fact that every Tom, Dick and Samsung seems intent on getting into wrist-based tech just now, surely it won’t be too long before Tim Cook takes to the stage with a new Apple product tucked up his sleeve.

KGI Securities analyst Ming-Chi Kuo, a man with a respectable reputation when it comes to forecasting Apple’s product plans, said recently that hardware and software issues mean an Apple smartwatch may not get a launch until the second half of next year, though this goes against a number of earlier reports suggesting the device could hit stores later this year.