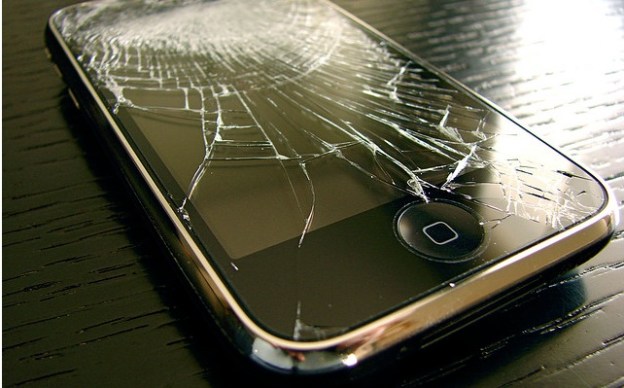 Good news for the Donald LeBuhns of the world, newly uncovered patents filed by Apple show the company has been thinking about upping durability for portables. Future iOS devices may even be getting little airbags installed to prevent your precious mobile electronics from shattering on the first drop.

The patent was apparently filed in 2010’s Q2, and dug up by Pattently Apple who says that one of the patent inventors, Stephen Lynch, worked on the iPod touch and inductive charging projects.

One pathway the patent points to for enhancing the durability of devices—assuming scratch attracting plastic isn’t considered—is to strengthen the glass. The thinner the device becomes, the thinner the glass cover window which can mean impact will crack or shatter it more readily. Alumino silicate, known as Gorilla Glass, is suggested, but future options to resist thermal shock include sodalime and borosilicate.

There is also a tunable shock mount option which would create “compression and dampening, so as to isolate the cover glass from the remaining mass of the electronic device.” The tunable option could have a shock mount made of polymyer, gel, foam, shape memory material, silicone rubber, viscoelastic material and other suitable types. The shock mount could also be made of an inflatable rubber bladder, or one filled with fluid that expands in shock events, e.g. an air-bag.

Of course, just because it’s a patent doesn’t necessarily mean it’ll be implemented, but its nice to see some of the ideas being juggled by the Apple think tank.

The best RPGs on iOS and iPadOS in 2022: Diablo, Star Wars, and more