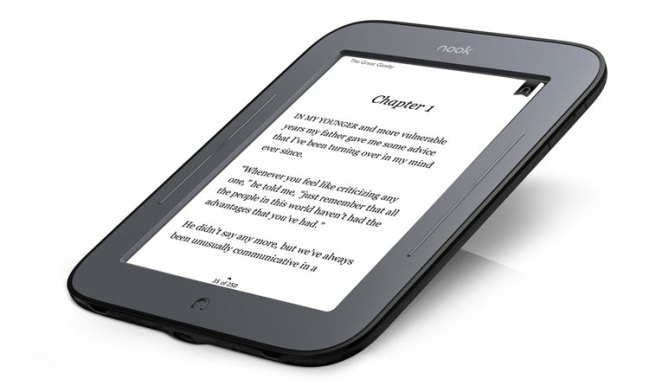 Today there is a bit of a stink about the new black and white Nook with its two month battery life. Granted, no matter how you look at it, the battery life of an e-reader is going to be several times that of a tablet but you are giving up a lot to get there. On the other hand Kindle fanatics – and I am one – wouldn’t trade our beloved Kindles for any tablet for what we think are very good reasons. Over the next decade many of these reasons will change and we will likely see the two categories get pulled together, but, as it was for the Blackberry when it moved from pager to smartphone, battery life is still likely to be collateral damage.

When the new touch Nook e-reader came to market a few days ago, Barnes & Noble claimed a two month battery life which was twice what most others, including Amazon with their newest Kindle, claimed. The implication was a battery breakthrough, the reality was that while everyone else was assuming one hour of reading on average per day Barnes & Noble cut that estimate in half and presto: Two months. This would be like GM saying they had twice the mileage of Toyota but not pointing out they got there by only testing while the cars were driving downhill with a tail wind. I’m not convinced an hour is realistic and, if you turn the 3G or Wi-Fi radios on, you get a couple of days regardless of how much you read. With the radio off and heavy reading (which is what I do) you generally get between one and two weeks which is more than enough and I see no point in making a claim that many of the most loyal users, who are heavy readers, will never realize. Why burn trust for no reason?

It really comes down to how much and what you want to read. If you are mostly reading books and some newspapers with few pictures, an e-reader like the Kindle or black and white Nook is preferred. It costs a fraction of what a good tablet costs, is vastly lighter, works great in direct sunlight, has at least 2x the battery life (often more like 5x) and typically comes without any monthly charges and often with lifetime 3G connectivity (subsidized by the book/publication purchases). However while some have browsers, they suck, they won’t do video, pictures are black and white, and most don’t lay up a page very well so they tend to also suck at magazine viewing. E-readers are basically one trick ponies in that they are great at replacing paperback books and even better at replacing hard cover books but really not that great at anything else (some will play music but you’d be better off with a real MP3 player).

If you lose one, you can disconnect it remotely from your credit card and, generally, the cost of the loss won’t give you a coronary. Also, people seem to be more willing to return them to you if they find them (I’ve left my Kindle on the plane and it was waiting for me at the Airline counter; doubt that would have happened with an iPad).

A tablet does the web nicely, is okay for reading outside of direct light (more for magazines and mixed media than books), does video, most are decent music players (and many have okay built in speakers), most can be used to navigate, are interesting mobile gaming platforms, and they typically have around 10 hours of battery life (good for most airline trips). The tradeoff is they are a bit harder on the eyes for heavy reading, don’t like direct light at all (tend to glare out), they are relatively heavy to hold for long periods of time. If you have 3G you have to have a data contract, they cost up to 8x as much as a reader (and are a theft risk), they can contain a lot of personal information, and you need to charge the device at least once a day if you are using it.

In short if you mostly read, a tablet has a ton of disadvantages that have folks like me avoiding it. However if you mostly are into mixed media and occasionally read, an e-reader is totally inadequate. I have both a tablet and an e-reader but I travel with my Kindle, and the tablet is used to work and play in bed (and it kind of makes a super alarm clock).

Like it was for me with e-readers , as cheap as they are you can likely afford one on top of a tablet and just get a cheaper Android-based tablet if you are on a budget. Like it is with any other tool, it is generally best to get one that does the job you want it to do. While I’m sure all of us have used a wrench as a hammer from time to time that isn’t considered best practice.

Now, keep in mind that tablets will get lighter and cheaper, they will get transflective displays like Qualcomm Mirasol, and content will increasingly be mixed and not just text. Until then pick the right tool for the right job and, if you are like me, you occasionally may end up with both.