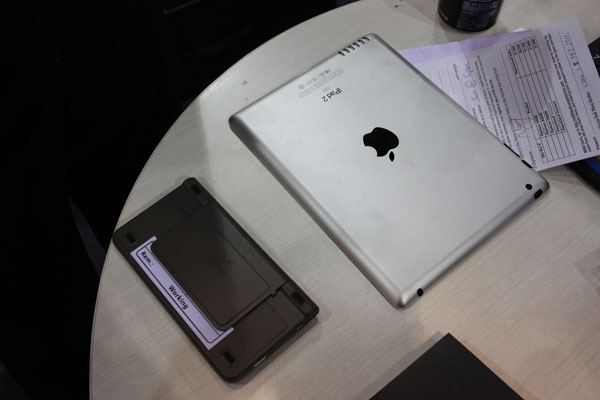 According to the Wall Street Journal, Apple has begun production on its latest gen iPad, and it sounds like the rumors have been true. The device will reportedly be sleeker than the iPad and sport the seemingly-mandatory front-facing camera. On the inside, the tablet will feature a faster CPU, as projected, as well as an upgraded graphics processor and more memory.

One of the more recent debates centered around the iPad 2’s screen. We recently reported that 9to5Mac got a look at the screen and while it was an upgrade from the original’s, it was not a Retina Display screen. The WSJ, however, is reporting that “the resolution of the new iPad’s display will be similar to the first iPad.” What exactly similar constitutes remains to be seen, but it sounds like there won’t be any monumental upgrades in this department.

Insiders also revealed the iPad 2 will only be available through AT&T and Verizon in the US.

Just for anyone keeping track, here’s a look at some of the other speculation that’s been making the rounds about the iPad 2: