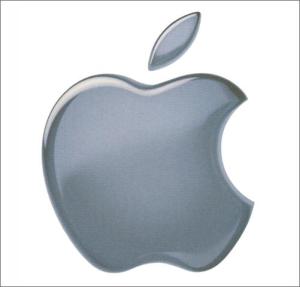 As a groundswell builds around the rumored iPad 2 announcement, which is said to be in production now and is supposedly set for a February or March reveal, we’re starting to hear talk now of an iPad 3. The quickly snowballing rumor can either be read as a firm hint of Apple’s plans to come or an object example of the bizarre game of telephone that Internet news reporting tends to foster.

It all started with an offhand mention of the next next-gen Apple tablet in Doug Gruber’s discussion of HP’s WebOS-powered tablet announcement, the HP TouchPad. Gruber, who is known for his reliable Apple insider sources, writes, “”Summer feels like a long time away. If my theory is right, [Hewlett-Packard is] not only going to be months behind the iPad 2, but if they slip until late summer, they might bump up against the release of the iPad 3.”

The mention triggered a wave of speculation about an iPad 3 release this fall, culminating in a report from TechCrunch citing another “very good” source. The source claims that Apple is planning a “big fall surprise,” something other than the expected iPod/iTunes update. TechCrunch hear that this “surprise” relates to the iPad 3, with the plan apparently being for Apple to bring the second-gen tablet to the market in the coming months and then the next one in the fall.

And still there’s more. Gruber followed up his post with another one, stating his belief that Apple risks alienating consumers in releasing a third-generation iPad just six months after the second one. He’s now pegging the September announcement as something that might be more in line with an ‘iPad 2.5,” perhaps the long-rumored 7-inch screen iPad or an iPad HD, in light of rumors that the iPad 2 lacks the iPhone 4’s high-def Retina Display. It’s a lot to sort through and nothing should be considered concrete at this point. But with the iPad 2 announcement seemingly imminent, now is as good a time as any to let the speculation commence on what the future holds.