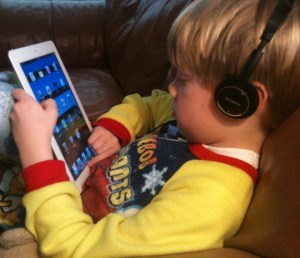 I may not be able to find an iPad 2 yet, but a bunch of Kindergarteners will soon have them. After a unanimous approval by the Auburn school board last week, this Fall, the Maine school district will be the first in the country to equip nearly 300 Kindergarteners with iPad 2s. All children will learn basics like ABCs, 1-2-3s, drawing, and music using Apple’s new tablet.

Maine was the first state to equip its students with computers. In 2002, it began giving all seventh and eighth graders, and in more recent years, laptops have been doled out to roughly 50 percent of high school students as well.

“If your students are engaged, you can teach them anything,” Angus King, the former Maine governor who launched the state’s laptop program, told the AP. “If they’re bored and looking out the window, you can be Socrates and you’re not going to teach them anything. These devices are engaging.”

Some residents have criticized the $200,000 plan, which gives each child a $500 iPad 2. “I understand you have to keep up with technology, but I think a 5-year-old is a little too young to understand,” said Sue Millard, who has children in older grades.

Is this good for the kids, or are we training our youth to be even more dependent on technology, perhaps now at the expense of basic physical skills like drawing on paper. Then again, will kids need to know how to draw on paper? Maybe crayons really are too twentieth century for our jaded modern youth.