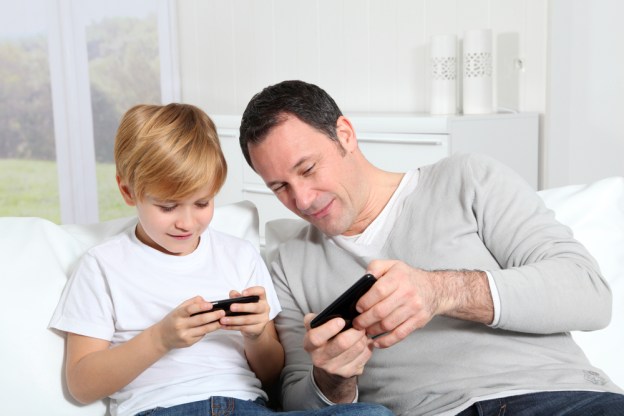 What a turnaround. The 20-year dominance of Nintendo and Sony in the mobile game market appears to be at an end.

According to mobile analytics firm Flurry, Android and iOS will this year generate about $500 million more in revenue from the sales of games than the DS and PSP makers.

“The most striking trend is that iOS and Android games have tripled their market share from roughly 20% in 2009 to nearly 60% in just two years,” Flurry said in its report.

The once mighty Nintendo, on the other hand, now has just over a third of the market, down from just over two-thirds only two years ago.

The overall mobile games market looks healthy, according to Flurry’s statistics. The analytics firm said that total US sales of $2.7 billion were made in 2009. The figure was estimated to be in the region of $2.5 billion for 2010, and $3.3 billion for this year.

The massive proliferation of smartphones, on which most people play their Android and iOS games, has certainly taken its toll on Nintendo and Sony. Games for smartphones can be cheap ($0.99), or free, and easy to obtain. Games for the DS and PSP devices, on the other hand, can cost up to $40, Flurry’s report explained.

There were troubling signs for Nintendo a few months back when the Japanese company was forced to knock $80 off the price of its poor-selling 3DS device soon after its launch.

Flurry’s report said that the outlook for Nintendo appears to be rather bleak. “Due in part to its demise in the portable game category, Nintendo is facing its first fiscal year loss since the company began reporting profits in 1981. Combined with slumping Wii sales, Nintendo is indeed struggling, even with its powerful stable of original IP led by Mario Brothers, and despite the fact that the exchange rate between the Japanese Yen and U.S. dollar is currently in its favor,” the report said.

As for Sony, revenue from PSP game sales has never really impressed, with just 6 percent of the market expected for this year. Executives at the company will be waiting nervously to see how its new Vita mobile games device is received by consumers when it’s released in February.

With 250 million iOS devices and 190 million Android devices in the hands of users, the dominance of the two platforms in the mobile gaming market will only go on rising, at least for the foreseeable future.

Video-editing app LumaFusion to get a Galaxy Tab S8 launch
The best tablets for kids in 2022: Fire HD, iPads, and more
The best hurricane trackers for Android and iOS in 2022
Samsung just copy-and-pasted iOS 16’s lock screen in its One UI 5 beta
These 80+ apps could be running adware on your iPhone or Android device
This new Google Lens feature looks like it’s straight out of a sci-fi movie
Experts warn AI assistants are hurting the social development of children
Google gives Maps’ Immersive View a boost and adds a new vibe feature
What to expect from Google’s October 6 event: Pixel 7, Pixel Watch, and more
iPhone 14 Pro vs. iPhone 14 camera battle shows why small details matter
How to hide photos on your iPhone with iOS 16
Does the iPhone 14 have an always-on display? Know this before buying
Reverse wireless charging on the iPhone gets one step closer to reality