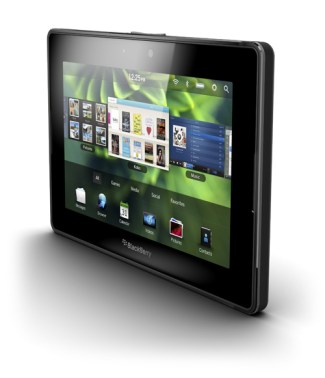 When we say Research In Motion (RIM) is now giving away its struggling PlayBook tablet for free, we don’t mean that Mike Lazaridis has taken to standing outside his office in Waterloo, Ontario handing out the device to passers-by (no, it hasn’t quite come to that).

The latest offer is aimed at business users, and sees RIM throwing in a free 16GB PlayBook for anyone that upgrades to RIM’s BlackBerry Enterprise Server (BES) v5 between now and the end of December. BES is mobile management server software designed to increase mobile worker productivity and reduce the burden on help desks.

The move is the latest in a string of offers and incentives from the Canadian maker of the beleaguered tablet to try to get it off the store shelves and into houses and offices.

Earlier in the week Best Buy slashed the price of the PlayBook to $199 from $399 for the holiday season, while late last month RIM began running a buy-two-get-one-free campaign for business users.

Back in September it started offering the tablet to employees of Canadian cell phone carrier and long-time business partner Rogers with a discount of as much as 50 percent. It’s not known how many took up the offer.

It’s fair to say that as far as the PlayBook is concerned, it looks grim for RIM. On its launch in April, the reviews were largely underwhelming and anyway, consumers couldn’t keep their eyes off Apple’s iPad.

The PlayBook’s lack of native email, messaging and calendar apps mystified many of those who had been looking forward to the tablet’s release. A long-awaited OS update to rectify the issue was supposed to become available recently, but won’t now appear until early next year.