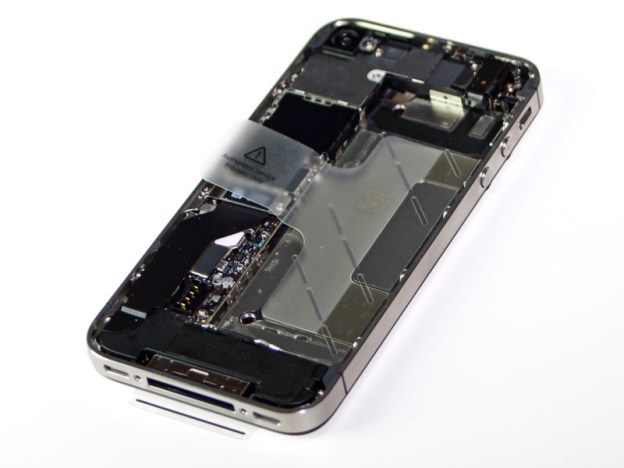 The fine folks over at iFixit have made a name for themselves by tearing apart the gadgets that we love, and they have continued that trend with the iPhone 4S. This teardown might lack some of the excitement that an iPhone 5 teardown would have, but there is still a few secrets to be learned under the iPhone’s glass and metal shell.

The phone’s innards are strikingly similar to those of the Verizon model of the iPhone 4, but do have a few modifications. One of the big questions surrounding the iPhone 4S was the amount of Ram installed. In the iPhone 4 there is 512MB of Ram, which for when it was released is a pretty healthy number. These days most premium phones are being shipped with 1GB of ram, and it was hoped that the iPhone 4S would follow that trend. Sadly the iPhone 4S still has 512MB of Ram, ifixit explained the situation by explaining the A5 processor has a marking for “two 2 Gb LPDDR2 die—for a total of 4 Gb—or 512 MB.”

Ultimately iFixit feels that the iPhone 4S is still pretty difficult to repair, but if you happen to break something it won’t be impossible to fix it yourself.