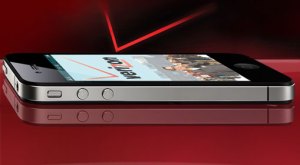 We hate to tell you this, but your most dreaded nightmare is about to come true: The Verizon iPhone 4 has antenna problems! We know, we know; it’s horrible. Too terrible to fathom, really.

Actually, it’s not that bad. At least, it’s nothing compared to the issues with the AT&T version, which caused the “Antennagate” fiasco that had the tech community up-in-arms this past summer, and pressured Apple to give away a bunch of bumper cases in order to tamp-down the scandal.

In the course of doing their standard hardware testing, the good folks over at iLounge discovered that, despite changes to the hardware and slight design adjustments, the Verizon iPhone (which hits stores tomorrow) loses signal strength when held in a certain way.

“The CDMA iPhone 4 can still lose substantial cellular signal strength when held in the prior ‘death grip’ position,” says Charles Starrett at iLounge, “as well as Wi-Fi signal when held in a different position, in each case noticeably slowing or completely stalling the reception of data.”

According to Starrett’s tests, the Wi-Fi signal drops when the phone is held with two hands in landscape orientation. Specifically, Speedtest results reveal that the phone’s 1.1 Mbps download speed drops to a mere 0.1 Mbps when held in the “death hug.” A significant drop, yes. But will it spark Antennagate 2.0?

We doubt it. Why? First, it’s hard for a scandal based on the same bit of damning evidence to bubble up twice. In other words, everyone already knows that the iPhone 4’s antenna could, potentially, cause users problems. So even though Apple claims to have fixed the antenna issue in the Verizon version, nobody is going to be particularly surprised if it still has some quirks.