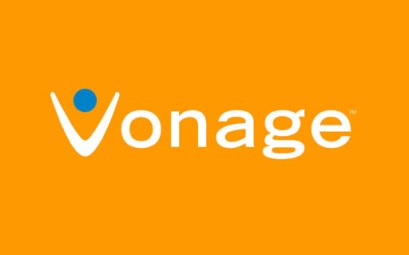 Vonage Holdings Corp., a pioneer in Internet-based home phone service, is launching applications for the iPhone and BlackBerry that undercut the international calling rates of major wireless carriers.

The free programs let users place calls that are routed over Vonage’s network, at least for the international leg.

The calls are placed as local wireless calls, using up minutes on the cell phone plan, although the iPhone will use Wi-Fi instead if that’s available. (That works as well on the iPhone’s sibling, the iPod Touch, which goes online only with Wi-Fi.) Vonage then carries the calls to their overseas destination.

Google says its Voice program was rejected by Apple for duplicating the built-in functions of the phone, and the Web search company implies that Apple is protecting the revenue stream of iPhone carriers like AT&T Inc. by not approving the application. Like Vonage’s application, Google Voice provides low international calling rates.

Apple says the Google Voice app hasn’t been rejected, but is still being reviewed for inclusion in the App Store. The Federal Communications Commission is probing the disagreement.

Apple spokeswoman Natalie Kerris said the company considers Vonage’s application to be in the same category as other VoIP apps that have already been approved for the iPhone. She would not elaborate on whether Apple considers there to be significant differences between Vonage’s program and Google Voice.

As an example of its prices, Vonage will carry a call to Colombia for 5 cents per minute. AT&T charges $2.19 per minute, or 17 cents per minute if the caller has signed up for a $3.99-per-month international calling plan.

Vonage is the largest of the independent companies that supply their subscribers with adapters that let them plug their home phones into their broadband connections. The new applications for mobile phones have no direct tie to that business — subscribers to Vonage’s home phones will pay the same rates as other users of the apps.

A few years ago, Vonage added hundreds of thousands of customers per quarter, thanks in part to its offer of unlimited domestic calling for a flat monthly rate. But growth tapered off as Vonage battled patent lawsuits, while cable and phone companies countered with their own unlimited-calling plans. Subscriber numbers are now slowly shrinking, to about 2.5 million at the end of June. That makes it the eighth-largest landline phone company in the U.S.

Vonage’s stock was in danger of being delisted from the New York Stock Exchange for being less than $1, but the shares shot up in late August after the company announced that it would bundle free calls to 60 countries in its new basic home plan. On Monday morning, the shares rose 17 cents, or 13 percent, to $1.49.