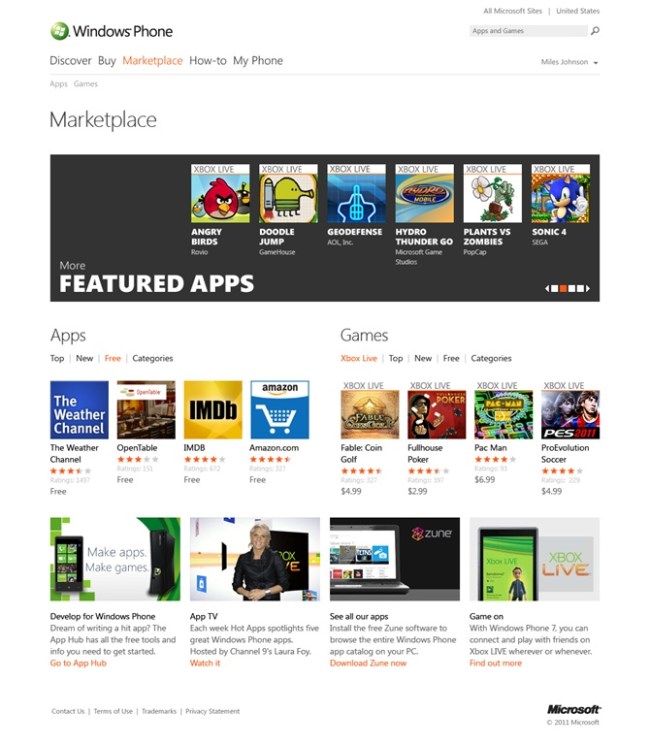 Microsoft explains how it works: “Purchases are charged against the credit card already linked to the customer’s existing Windows Live ID. If they prefer, the customer can also opt to assign a new credit card.  The apps will be automatically downloaded over-the-air to the customer’s Windows Phone, or can be optionally installed later. Web Marketplace will also be able to maintain a customer’s download history to make it easier to reinstall apps (when changing phones, for example). Finally with Parental Controls, parents can determine which apps their kids access based on ratings or keep them from downloading paid apps.”

Now if only Apple would unhinge its app store from iTunes we’d be golden. Windows Phone Mango will launch later this year, likely between September and November, according to recent statements by Microsoft.

Video-editing app LumaFusion to get a Galaxy Tab S8 launch
How to hide photos on your iPhone with iOS 16
What to expect from Google’s October 6 event: Pixel 7, Pixel Watch, and more
The best tablets for kids in 2022: Fire HD, iPads, and more
Truecaller brings AI-powered spam call filtering to any iOS or Android phone
Latest Google Pixel 7 leak reveals the full design in all of its glory
Pixel 7: Everything we know about Google’s 2022 flagship
The best hurricane trackers for Android and iOS in 2022
The first Galaxy S23 Ultra leak is great news for S22 Ultra fans
Amazon’s new Kindle Scribe turns the e-reader into the ultimate notepad
Apple AirPods Pro 2 vs. AirPods Pro: What’s new?
How to reset Apple AirPods and AirPods Pro
Razer’s 5G-enabled handheld gaming system is getting a public release