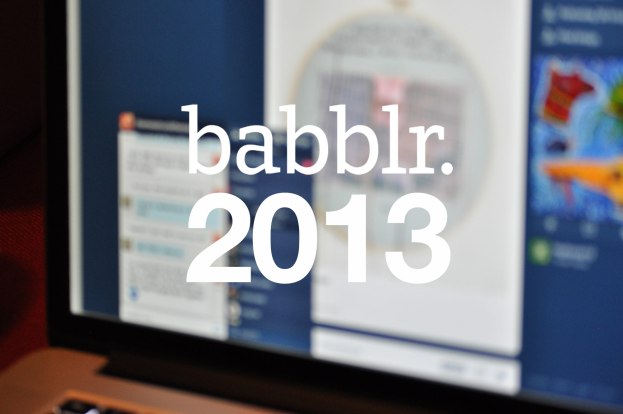 Tumblr is quite the popular online hangout for those on the younger side of the Internet audience, even more than Facebook; more people are signing up for the site, where they can start their own blogs and check out their friends’ as well. Thanks to Babblr – an app that makes use of the Tumblr API – users can now also chat instantaneously through the blog platform, making Tumblr an even more multipurpose site, helping it take even more steps from blogging platform to social network.

Tumblr, as it is, only allows users to follow blogs, ♥ posts, and append re-blogged posts with their own comments. There’s a “Send Fan Mail” option that allows users to correspond with each other, but nothing that allows real-time communication. Babblr is a third-party app that lets Tumblr users chat with their followers and friends. Groups can also be created through the app, making it easy to remember user association.

The team behind Babblr is comprised of Trevor Clarke, Brandon Sowers, and Brett Williams, all also part of the team behind Sevenly, a weekly cause activation platform. The idea for the chat mechanism was a fun side project thought of by Clarke, who considered it a great tool for keeping tabs on Tumblr followers in real-time. “[Babblr was] built with angular, node, and housed in a [Google Chrome] extension. It is a robust app ready for communication with all of your followers,” Sowers explains.

The beta version of Babblr is minimalist and straightforward. Once you opt-in and allow Babblr access to your Tumblr account, it automatically adds your contacts into a general chat list that has “Groups,” “Following,” and “Followers.”

Groups – Users can create specific Groups comprised of contacts from the other two lists. The beta version currently does not have an auto-complete or dropdown menu that shows you your contacts’ usernames for easier adding, but according to Sowers, the dropdown feature is something they are thinking of adding very soon.

Following/Followers – Are you following too many Tumblr users? Do you want to clean up your chat list?  The beta version currently does not have a way to remove individual contacts from the general chat list (it seems to be an all-or-nothing situation at the moment), but will eventually be included as a function to act as a “stalker blocker,” confirms Sowers. Another way to minimize clutter on the general list is adding people you actually want to chat with into Groups – those contacts won’t disappear from the list even though you decide to uncheck the entire Following or Followers lists in Settings.

Settings – Aside from being able to check/uncheck any or all of the three lists available so they won’t be listed, you can also turn the chat sound alert on or off.

Babblr also has a censor function that turns common cuss words into gibberish, which can also be turned off. A set of smileys are also available for use.

Right now, interested users can sign up for Babblr beta testing, which grants access to users on the list in batches. Those who are waiting for the full version of Babblr will have to wait until May 7, when the service will formally launch and stop being free – most users will be required to pay a one-time fee of $0.99 to download the Tumblr extension. Currently, over 26,000 Tumblr users have been granted access to Babblr’s beta version – and those lucky souls won’t have to pay the download fee even after the launch.

As early as now, Babblr is getting mixed reviews from all kinds of Tumblr users whose opinions vary between excited and not-that-impressed over the prospect of being able to chat while blogging. Nevertheless, everybody is invited to the Babblr launch via livestream event scheduled on May 7.

Topics
How to undo reposts on TikTok (and why you should)
Instagram’s new Notes feature rolls out with several others
How to block people on Snapchat
How to post a Short on YouTube
What is Mastodon? Here’s why everyone’s talking about this Twitter alternative
Elon Musk reveals date for Twitter Blue relaunch
What is Twitter Blue and is it worth it?
Twitter closes offices as ‘work pledge’ deadline passes
What is Ambient Mode on YouTube?
What is BeReal?
How to delete a BeReal post
How to use TikTok’s voice changer
Twitter attempts to sort out verification system with new badges