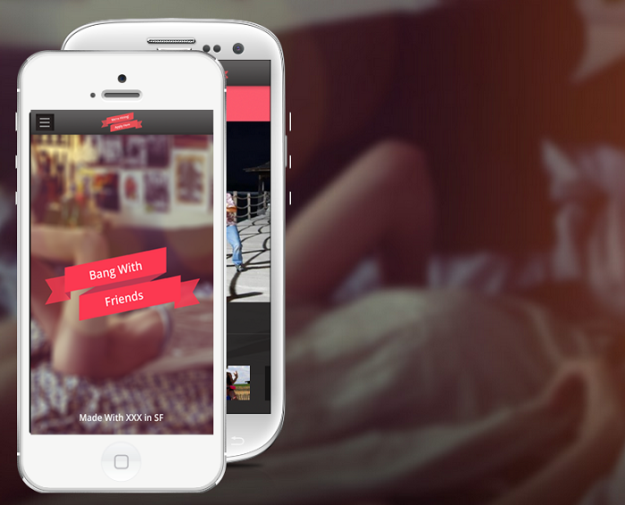 Last we heard, BangWithFriends was rumored to be raising a $1 million round of funding. While anonymous founder “C” declined to comment when we tried to verify the report, it appears that the app is making moves by releasing its Android and iOS apps today (as a result of that funding perhaps?).

According to BWF, more than 900,000 people have joined the community within the last three months, and 200,000 have been lucky enough to get matched up successfully – pretty impressive numbers for an app that the entire Internet turned into a joke when it first launched (the Digital Trends team included).

But then we took a peak at the real-life possibilities of BWF, and while initial reactions remain skewed toward “gross,” “yikes,” and “really?,” it turns out that there is something to be said for the concept of being able to alert the object of your affection without fear of rejection.

If you’ve remained out of the BWF loop, here’s a quick recap of how the service works: After installing the Facebook app, a page of all your friends is surfaced. Here, you can click on the images of the people you’d like to bang. Now these people will only be alerted to your affection if they too install BWF and click on your photo. Then you’re both notified that your desires are reciprocated, and … the ball is sort of in your court after that.

Yes, this is some lowest common denominator stuff, but it’s resonated with users. In fact, a slew of similar apps have come out of the woodwork since BWF’s launch. SmokeWithFriends lets you indicate Facebook friends you want to smoke a bowl with … without necessarily outing yourself as a pothead. The ill-fated BangWithProfessionals enjoyed a short stint as a version of BWF that would allow you to pick LinkedIn connections you’d like to spend some out-of-office time with (it was quickly shut down – as it turns out, LinkedIn wasn’t a fan).

With the mobile launch, BWF is introducing a few new features. Now you can also choose “hang” instead of “bang,” if you’re the type that likes to take things slower. There’s something to be said for leaving a little to mystery, right? And BWF assures everyone that you’ll remain hidden unless you’ve been selected back:

“Our mobile apps maintain the same anonymous nature that has led to its explosive growth on the Web – no one will know you selected them unless they selected you, too.”

Better yet, BWF is helping you clean up any incorrect picks you may have made. “The much anticipated option to ‘undo a bang’ (deselect a friend) is available exclusively in our mobile apps,” C says. “Too drunk and selected the wrong friend? Now you can correct it before they click you.”

It’s a bit surprising that Apple allowed BWF into the iOS store – we’ve seen a fair share of hookup related or lascivious apps get the ax thanks to its rather strict policy. Of course, you could argue this app doesn’t do anything more sexual than apps like Grindr and Tinder, so play on guys. All’s fair in love and war … and banging?

Topics
Video-editing app LumaFusion to get a Galaxy Tab S8 launch
What is Twitter Blue and is it worth it?
What is Mastodon? Here’s why everyone’s talking about this Twitter alternative
Twitter’s SMS two-factor authentication is having issues. Here’s how to switch methods
Clear Mode on TikTok: Here’s what it is and how to use it
Elon Musk officially owns Twitter now: a timeline of how we got here
How to use Twitter Advanced Search
Twitter to start charging for verification mark, reports say
Having trouble accessing your Instagram account? You’re not alone
Elon Musk considers bringing Vine back from the dead
Staying on Twitter? Here are two ways to make it easier
Elon Musk now Twitter CEO after firing entire board
Twitter Blue is losing Ad Free Articles and Musk’s latest tweets indicate further changes