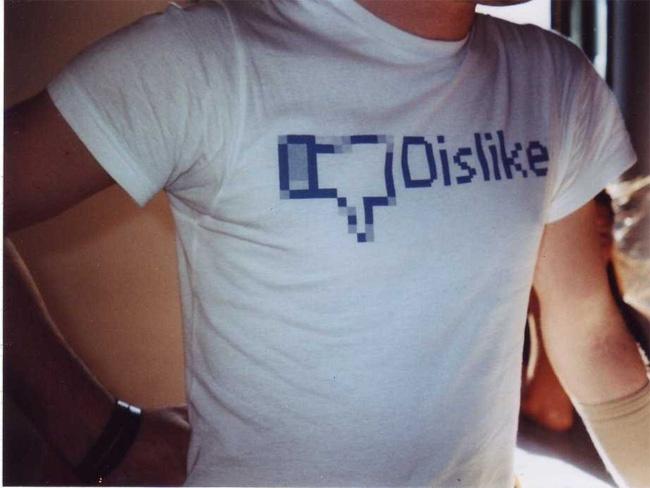 If your friends list is any indication, it will be easy to prove that there are just too many people on Facebook. Your friends. Your friends’ friends. Your colleagues. Your cousins, aunts, uncles, and other relatives (and their friends). Your parents. According to a recent study by the Pew Internet & American Life Project reveals that more Facebook users in their teens are becoming sick of the social networking site (we already sort of knew that), especially since it is predominantly occupied by their “elders.”

“Focus group discussions with teens show that they have waning enthusiasm for Facebook, disliking the increasing adult presence, people sharing excessively, and stressful ‘drama’,” says the study, entitled Teens, Social Media, and Privacy. “They keep using it because participation is an important part of overall teenage socializing.”

The research’s summary states that the focus group discussions the team held for teen users exhibited waning enthusiasm for Facebook – mostly because of heightened adult presence and prevalence of unnecessary over-sharing and nerve-racking drama – and amplified preference for micro-blogging site Twitter. “The key is that there are fewer adults, fewer parents, and just simply less complexity and less drama,” explained Amanda Lenhart, one of the study’s authors. “They still have their Facebook profiles, but they spend less time on them and move to places like Twitter, Instagram, and Tumblr.”

The test group was comprised of 802 teenagers and their parents, and they participated in a survey from July to September last year, through landline and mobile phones. According to the poll, 24 percent of online teens use Twitter, an exponential growth compared to 16 percent in 2011.

Twitter is a great outlet for the quick rant, especially for those who would like to do it without the prying eyes that are usually associated with Facebook’s congested News Feed. Additionally, 39 percent of African-American teens have been found to be more inclined to tweet compared to only 23 percent of their white counterparts who actually use the micro-blogging service.

The study also shows a couple of results that clearly indicate teens’ heightened level of comfort in using Twitter. While 60 percent of teen Facebook users prefer to keep their profiles private (and are equally confident that they are cognizant enough to maintain their account settings), 64 percent of teens with Twitter accounts have their accounts set to public.

“While boys and girls are equally likely to say their accounts are public,” the study continues, “boys are significantly more likely than girls to say that they don’t know [they aren’t using privacy settings] (21 percent of boys who have Twitter accounts report this, compared with 5 percent of girls).”

The study suggests that teens share more information about themselves on social media platforms than ever before, with the intention of protecting and maintaining their reputations. However, there are a lot of alarming statistics that allude to careless online behavior. Compared to 2006 survey results, there is a huge increase in teens posting photos of themselves (79 to 91 percent), their school’s name (49 to 71 percent), the town they live in (61 to 71 percent), their email address (29 to 53 percent), and their mobile phone numbers (2 to 20 percent). This year, new questions were added to the survey, and results reveal high percentages of teens posting their real name, birthday, relationship status, videos, and their specific interests, making themselves easy targets for Internet trolls, scammers, and predators alike.

Though these results might worry the heck out of parents concerned for their children’s safety, the 74 percent of teens who participated in the focus group have been found to take added measures in managing their networks, limiting their information visibility, and maintaining their online reputation – they’ve even deleted people they don’t trust from their networks.

Twitter is building a menu option for Twitter Shops
You can now downvote comments on TikTok videos
Instagram is building a ‘nudity protection’ tool for your DMs
Instagram appears to be down. Here’s what we know so far
Elon Musk hints that he could start his own social media platform
Facebook Messenger finally starts testing end-to-end encryption for all chats
What does a check mark mean on Facebook Messenger?
Twitter’s latest features are all about curbing election misinformation
Snapchat Plus subscribers are getting these four new features today
You can (sort of) generate art like Dall-E with TikTok’s latest filter
You can now use the Add Yours sticker on Reels for Facebook and Instagram
TikTok bans influencers from creating paid political ads
The 10 most popular TikTok accounts