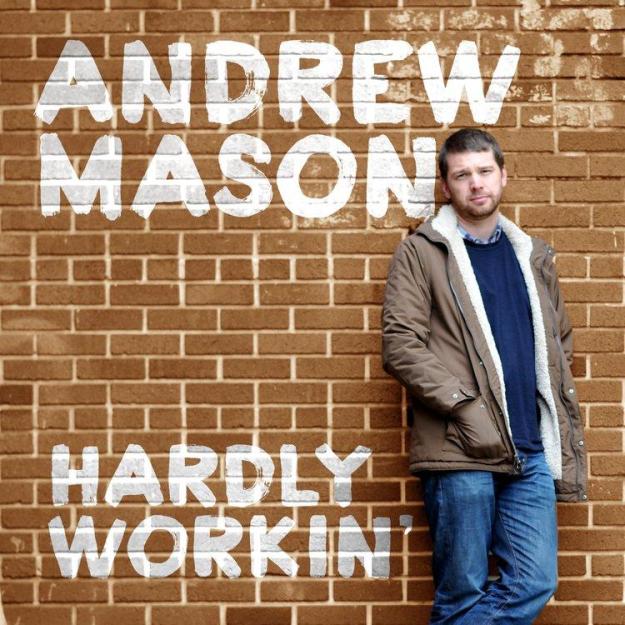 Once upon a time there was this guy named Andrew Mason. He started a company you may have heard of called Groupon, which, though the subject of some stock market-related contention, is generally regarded as a successful platform and a service that many enjoy.

Recently, however, poor Andrew Mason had a bit of a tough run with Groupon – specifically, he was fired in February 2013. Being let go from the company you started is not a pleasant thing to go through and Mason quipped about it at the time:

“After four and half intense and wonderful years as CEO of Groupon, I’ve decided that I’d like to spend more time with my family. Just kidding – I was fired today.”

So what does a beleaguered entrepreneur with some money and a simultaneously brilliant and shady early career do? Well, most would probably turn their energy toward a new venture or join some investor group – but not Andrew Mason. Oh no. Andrew Mason made an album. Words people never thought they would say: Andrew Mason’s album dropped today.

And now I’m listening to it.

The album is called Hardly Workin’ and can best be described as a mega fusion of alt-rock-pop-country tunes. The songs are generally about working… and office politics… and brainstorming sessions, and all sorts of other employment-related sentiments.

It’s supposed to be a motivational work album. It’s mostly motivating me to wonder if Andrew Mason is OK. He has to be going through some sort of personal crisis, right? Or maybe this is a joke? Mason’s a funny guy, maybe this is a tongue in cheek commentary on spurned tech CEOs and how they spend their time. The tracks seem produced with a decent amount of seriousness. Mason actually has a good voice, too. It just doesn’t matter because nothing can help cut through the thick layer of confusion you will feel listening to this.

Mason doesn’t seem to be kidding, as evidenced by this blog post announcing Hardly Workin’s release. He’s also enthused that someone already made a cover of one of his songs.

WOW!! @adrianholovaty: I’ve done an cover of a song from Hardly Workin’ http://t.co/S84WHmYTUF And here’s the tab: http://t.co/hJmpc9BEpZ

If you want to get a closer look at Mason’s lyrics, RapGenius has you covered:

So a few of the lessons to be learned from Hardly Workin’?

All sound advice. Basically, if you enjoy Dave Matthews Band or Creed but wish there were a bittersweet undercurrent of business-related guidance, then this is the album for you! It’s embedded below – join me in listening to it with a “Whaaa..?” sort of look on your face, won’t you?

Is Gradient the next FaceApp? What you need to know about the new look-alike app