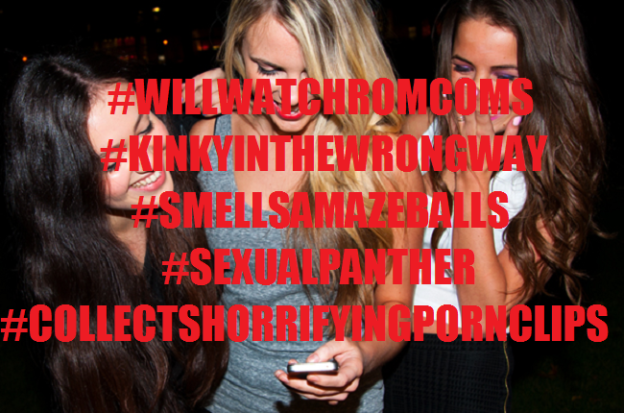 Everybody’s a critic – and this old phrase has never been truer. The Internet, and in a larger sense, social media, have elevated the average person from common consumer to exulted reviewer; we’ve been taught and trained to share, share, share. Share on a whim, share anything and everything, just share, because it’s all vital, you’re vital, your opinion matters very, very much.

Is Lulu an empowering app, turning the tables on all the women-ranking going on, with a flippant “anything you can do, I can do better” attitude?

While there’s truth to the idea that every user is an important user, and it’s probably a positive thing that networks like Twitter and Facebook have given voice to those who would otherwise silently stew about the topics, brands, and products that earned their ire or devotion, it has also given us a superiority complex. We are all judgey judges, judging whatever we want with as much vitriol as we please.

The latest evolution of digital judgment is Lulu, which has been dubbed the “Yelp for men.”  Essentially the app (which has a “no boys allowed policy”) is a ratings pool of men that women can access to find out if someone is date-worthy or not. You login to Lulu with your Facebook account, and then find yourself perusing a database of your guy friends, complete with reviews and scores and comments.

I’ll admit, scrolling through all this information is addictive. The second you see one of your friends (who was also a roommate for awhile) described as a #sexualpanther is a hard one to recover from, yet you find yourself going back for more. Seeing your friend’s current love’s penis described by his ex in the comments is also harrowing, but you dig further. Popular description hashtags include #trekkie, #nothingbadabouthim, #lifeoftheparty, #holdshisliquor, #manchild, and #f***edmeandchuckedme.

And then you stumble on to someone that you’ve dated – and you, of course, have to know what another lady had to report about your former crush or boyfriend or whatever he was. While I’ll admit the temptation to participate in the ranking was strong, something happened: I remembered HotOrNot.

As these stories usually go, I discovered HotOrNot with my dorm mates my freshman year of college. The ridiculousness of the site made it one of those hilarious boredom killers – until one of my friends found a picture of herself uploaded there, pitted against some random woman, awaiting another rating and being scored as either less or more hot than her challenger. Yes, sort of like that scene from The Social Network. And it sucked, because none of us – her especially – enjoyed seeing her unwillingly being reviewed and ranked.

HotOrNot has since pivoted into an app that’s sort of like a much tamer version of BangWithFriends. The app connects to Facebook so you can find out who likes you and tell them you reciprocate … if you do, that is. A much nicer, friendlier concept than the original.

Fortunately, there are a bevy of sites that replaced the HotOrNot game: RankMyPhotos, RatingMyLooks, as well as plenty of location and institution-specific services that get the job done, pulling from an even smaller pool, thus increasing the potential embarrassment.

The tendency for the Internet to skew chauvinist and the penchant for people-rating is probably why it seems like many of the HotOrNots of the Web are more focused on women’s looks – not that some of that hasn’t been explicitly asked for. There are hashtags devoted to users – most of them women – on Instagram seeking rankings regarding their looks.

There’s obviously a disproportionate amount of attention devoted to women’s appearances, and one study says that women are more sensitive to ratings than men are. “Women more quickly and rationally align their self-awareness with peers’ views of them, whereas men continue to rationalize and inflate their self-image over time,” the research explains. This implies that while women might be able to better pinpoint and improve the areas of themselves that are lacking, it also means we are more focused on them, sometimes to a point that doesn’t aid us.

So maybe the common guy reaction to accept Lulu is because it seems to be leveling the scales. Women have watched themselves judged by the Internet, and even participated in it, and now it’s the guys’ turn to feel that scrutiny. There’s a sort of giddiness in all the man-rating going on; some of the subjects of Lulu reviews find it amusing – others, less so. (It probably depends on their ratings, of course.)

Is Lulu an empowering app, turning the tables on all the women-ranking going on, with a flippant “anything you can do, I can do better” attitude? That’s one way to think about it, and some do. But others – myself included – can’t really get beyond the subtle inhumanity of it. As much as I can’t tear myself away from reading my friends’ rankings, I’m shuddering at the idea of them looking at my hypothetical scores and comments.

Nothing is sacred anymore: Even the particulars of our romantic relationships and former partners are up for user reviews and publicized for an interested “consumers” purposes.

The fact that those being reviewed can’t fend for themselves is also concerning. If you’re Facebook friends with a guy, his profile is fed into the Lulu system unless he explicitly emails privacy@onlulu.com, which will ask him to download another app from the same developers that deactivates the profile Lulu made for him … without his approval. Going through that many steps to opt-out goes beyond the ethics of ranking without asking – that’s into some Internet privacy territory that, at best, is extremely questionable. I mean Lulu is constructing a profile of your information that you aren’t even allowed to see, and have to go through an exceptionally difficult opt-out process to get out of it. I’m not even of the sex affected by this, and I’m kind of mad about that whole setup.

Of course there’s a nicer, more innocent side to Lulu, where girls can recommend people (actually, only men – Lulu is for straight girls only … another questionable quirk) that you might match well with, and LuluDude helps give guys a little insight into the secret goings-on of the underground society (however, in order to see much detail on what the ladies are talking about, you have to prompt 25 friends to get LuluDude too, guys – that’s a scammy little feature, no?). The app also has a slick user interface and sort of gives you the impression that everyone’s just having fun, OK, it’s not a big deal! Don’t be such a prude!

But there’s there’s just too much judgment happening online, and usually the subjects don’t feel so great about it (you’re always more likely to write about something you despise than something – or someone – you love). And while we might be hardened, emotionless versions of ourselves behind the comfort of a keyboard and the safety of a screen, there’s usually nothing fun about seeing your name and face next to a number.

Topics
If the iPhone 12 Mini couldn’t revive small phones, what can?
Buy the iPhone 12 Pro Max because you like big phones, not for its camera
Land of confusion: Apple’s new iPhone range is bordering on incomprehensible
iOS 14 adds new customizations, but Apple should’ve fixed old flaws first
What is Twitter Blue and is it worth it?
Twitter closes offices as ‘work pledge’ deadline passes
What is Ambient Mode on YouTube?
What is BeReal?
How to delete a BeReal post
How to use TikTok’s voice changer
Twitter attempts to sort out verification system with new badges
Hive Social is my favorite Twitter alternative, but that’s not saying much
Elon Musk meets Apple’s Tim Cook to settle dispute