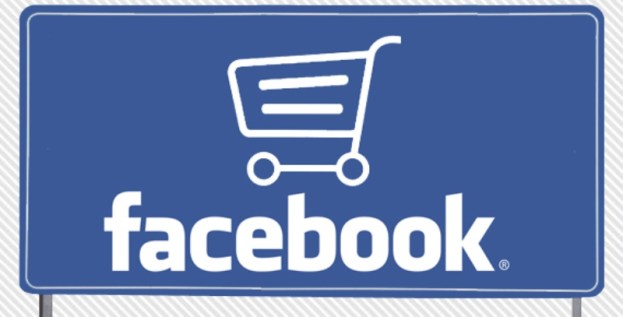 Facebook has managed to change the way we think about most things, and even how we do some of them. The launch of the site’s new Open Graph tools has made this even more apparent for third-party applications, and fairly soon you’ll be able to “do” anything on Facebook. What this means, of course, is that you can publish your every activity to the social network via “action” apps: For instance, report that you “read” a book, or “cooked” a meal. The possibilities are endless.

We’ve already begun to witness our friends “listening” to music via the integration with outside music services, and reader apps from the Washington Post and Slate have popped up in the News Feed and Ticker as well. But that’s just the tip of the iceberg, and as we’ve warned and been warned, major consumerism is at the heart of this new venture.

This isn’t to say users are being played here — in fact, for those who highly value social interaction in their every online endeavor, consider this nothing but good news. And in the wake of the holiday shopping season, this could mean big things for e-commerce companies.

One of those very sites is Sneakpeeq, which recently launched its just-out-of-beta Facebook shopping application. The idea behind the flash-sales site’s Facebook integration is you can “peeq” at items (which is the app’s designated verb) which are then broadcast on your Timeline and via the News Feed. This offers your contacts a look into the styles you like, allowing them to interact with your activity, and obviously gives retailers partnering with Sneakpeeq a whole lot more eyes on their products.

“When someone is ‘peeqing’ at your product, they are sharing it with their friends, so it’s representative for these businesses,” founder Henry Kim tells us. “It makes them put their best product forward.”

Sneakpeeq launched its fully-fledged integration with Facebook at f8, and while the “peeq” verb as been approved, it will be a little longer until we see it pop up in the News Feed. We contacted Facebook to find out when these shopping features would be fully implemented and did not hear back, but it would appear the launch is imminent.

While an entirely Facebook-integrated holiday shopping season hasn’t quite reached us (Kim thinks this will happen next year), there’s no time like the present to start it. Somewhere along the line, the holiday shopping season morphed into this beast: one part chaos, one part challenge. Finding the best deals and most perfect gifts is something like a game, and this attitude lends itself perfectly to the shopping-app platform.

“The two pillars we use to make sales happen are using social tools that are valuable and using game mechanisms — badges for better rewards or lower prices, sharing, ‘peeqing’ at products, and a new feature coming where if you love a product (which is different than liking it) it gets pinned to your profile wall and your friends can see what you like, sort of like a gift suggestion,” says Kim.

Sortprice CEO Doron Simovitch says the power of the majority will influence social shopping trends. “The entire idea of buying things on Facebook has been gaining traction with more people out there. I think that as users witness more and more of their friends buying things through shopping applications, you’ll see more of them following suit,” he says. “That could very well lead to buying gifts via such application becoming the next ‘big’ thing on Facebook.”

Game mechanics and shopping seem to go hand in hand. Think about it: the hunt for discounts, the crazed chaos of Black Friday and other prized sale days, the mental countdown that begins on Thanksgiving or before birthdays. Whether this kind of consumerism appalls you or not, it’s very real, and it’s only natural that it would translate seamlessly to the social Web. In fact, a recent survey from Performics revealed that 25 percent of respondents said they wait to get feedback via social networks before they make purchases.

Does that mean brick-and-mortar or more traditional online retailers are in trouble? Not necessarily. “You may see manufacturers choosing to develop their own applications and social shopping resources that essentially cut out the middle man — in this case the retailers themselves — to deal directly with consumers,” Simovitch explains.

Shopping has undergone the transformation from physical to online, and we’ve seen legacy e-commerce brands like Amazon and eBay (which Simovitch says are under “no immediate threat” from social shopping apps) launch successful holiday shopping campaigns. Now we’re in the midst of another shift, one that isn’t specific to online shopping, but is definitely affecting it: The transition from search to discovery.

A big part of Web 2.0 was about the structural and consumer-related changes to search. Search became more interactive, more connected, more focused on the end user. Now the next step in its evolution is discovery. Applications that take your input and help you unearth things you didn’t even know existed are all the rage. Clipboard, Pinterest, Wantworthy, Snip.it, and Weheartit are part of an increasingly popular idea: the digital inspiration platform. They aren’t about helping you find what you’re looking for, they’re about helping you find what you didn’t know you were looking for.

On the surface, it might appear that this is just another design-heavy blogging style, like Tumblr or Posterous, but it’s much more. It reveals where our minds are as consumers — and this is exactly the behavior socially-integrated shopping apps are tapping into.

We use these sites and Facebook applications to share with our friends, but the effects are far-reaching. “In turn, brands and merchants will then be able to better target potential customers,” Simovitch explains.

The consequence is a developed reliance on aggregation. Real, organic, personal discoveries could become rarer and rarer. (The first hint of this? There are apps to recommend apps based on your collection of apps.) But that’s another argument entirely, and one that manufacturers aren’t (and shouldn’t be) concerned with.

Kim says one of the things Sneakpeeq’s buyers have revealed is that purchases are serendipity-driven. “They come to our site and they don’t know what they’re going to find,” he points out about users. “But they know because of our curation the stuff they find will be very good.”

“People are curious and they want to be shown things that they have an interest in. And today discovery is happening through social streams, like Facebook.”

Topics
Facebook search now lets you relive all your old status updates
Facebook wants you to use it at work for more than stalking coworkers
Pinterest Pins worth more than Facebook Likes for retailers
Facebook wants a piece of Twitter’s “social TV” action, but what does that mean for you?
What do the eyes mean on your Snapchat Story?
Elon Musk finally in charge of Twitter, reports say
Elon Musk officially owns Twitter now: a timeline of how we got here
How to use Twitter Advanced Search
Twitter to start charging for verification mark, reports say
Having trouble accessing your Instagram account? You’re not alone
Elon Musk considers bringing Vine back from the dead
Staying on Twitter? Here are two ways to make it easier
Elon Musk now Twitter CEO after firing entire board