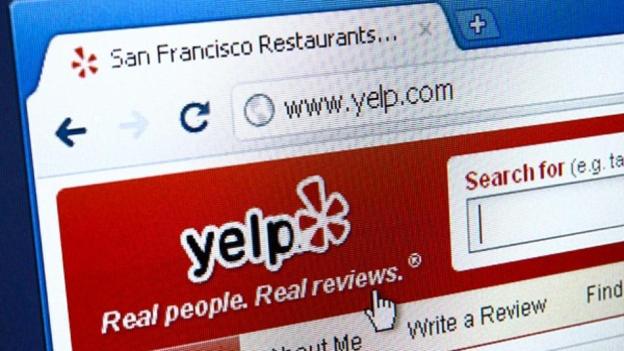 Looking for the best burger joint in town? Fancy an hour-long oil massage at a reputable spa? Those are only some of the many services you can discover through the wonderful, review-driven world of Yelp, where you can actually base your choices on the collective opinion of the Internet masses. Trusting Yelp recommendations has become tricky though, since there’s been a reported rise in the amount of bogus write-ups and sham accounts on the local business search site, and they’re mostly thanks to outside sources willing to fake it for a quick buck.

Yelp has decided to go even bigger with their pursuit against false information and directed a major lawsuit against BuyOnlineReviews.net, which conveniently also owns the domain BuyYelpReview.com. The complaint filed last week seeks to shut down said site through a court injunction as well as complete reimbursement of Yelp’s legal fees and three times the amount of whatever revenue the site made from selling fake Yelp reviews.

What’s interesting is BuyYelpReview doesn’t seem to think they’re propagating anything illegal per se – their service may be comparable to marketing specialists riddling Web content with SEO-friendly keywords to increase their page’s search rankings. Instead of SEO keywords, BuyYelpReview offers to write positive testimonials that will increase your business’s Yelp cred:

Buy Yelp reviews from the most trusted source in the industry. We offer 100 percent real reviews from aged accounts. All have real friends, activity, check-ins etc.. Using our in house Yelp experts we form high quality reviews that will not be filtered out. We analyze all aspects of your business and ensure that your reviews are realistic. Receive unlimited 5 star reviews and start attracting more customers.

However, the comparison may not fully apply to Yelp’s situation – sites like BuyYelpReview sort of encourage customer trickery and defeats the purpose of sites like Yelp, an institution dedicated to providing a trustworthy recommendation of services that people actually avail in real life.

Timothy Catron, who also (conveniently) runs AdBlaze – an SEO and online marketing company – is the guy behind BuyYelpReview, The Daily Dot has discovered. According to the same report, Catron used to have a service similar to BuyYelpReview on the AdBlaze website, but he took it down when he got a cease-and-desist letter from Yelp’s legal representation earlier this year. “Any mention of Yelp has been removed from Adblaze.com. If you [have] issues with the legality of my business, I suggest you call the police instead if quoting laws you have no authority to enforce. Have a nice day,” Catron wrote in reply to Yelp’s allegations.

Buy Yelp reviews from the most trusted source in the industry. We offer 100% real reviews from aged accounts. http://t.co/1xtWQ4RMap

Yelp further enforced the connection between AdBlaze and BuyYelpReview in its complaint when it launched its own undercover investigation – Yelp legal representatives posed as a BuyYelpReview customer and received a bill from AdBlaze.

Check out the full complaint, courtesy of The Daily Dot’s Kevin Morris:

Twitter is building a menu option for Twitter Shops
TikTok is banning campaign fundraising on its app
This beloved TikTok hashtag just got its own app feature
As it turns out, TikTok isn’t a reliable search engine for news
Twitter’s latest features are all about curbing election misinformation
Snapchat Plus subscribers are getting these four new features today
You can (sort of) generate art like Dall-E with TikTok’s latest filter
You can now use the Add Yours sticker on Reels for Facebook and Instagram
TikTok bans influencers from creating paid political ads
The 10 most popular TikTok accounts
Downloaded YouTube Shorts clips will soon include watermarks
Snap’s Pixy drone flies off into the sunset as it’s reportedly canceled
How to half swipe on Snapchat