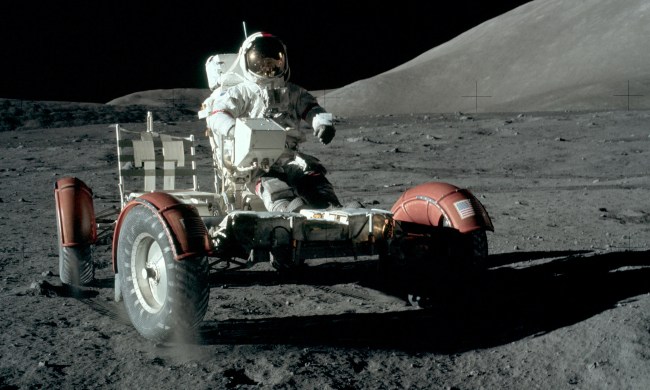 To this day, the thought that we've driven a vehicle on the moon is truly mind-boggling. The feat wasn't accomplished easily, however, nor was it without its hiccups. Here, we delve into the thought behind the Lunar Roving Vehicle, aka the moon buggy, and how it quickly came to fruition.
Cars
Adam Kaslikowski

50 years later, the first camera on the moon is still collecting lunar dust

From the moon to mass production: 10 pieces of modern tech indebted to Apollo

Prepare for liftoff! Here are all the moon missions happening in the next decade

Hollywood has had a field day with the moon, but these are the films to watch

Life after launch: Inside the massive effort to preserve NASA’s space artifacts

Dark side of the moon: Why lunar landing conspiracies flourish online