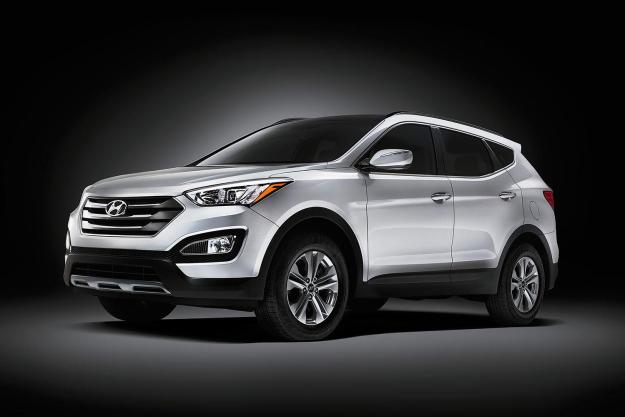 “Unlike so many crossovers, Hyundai’s Santa Fe Sport doesn't feel compromised. Instead, it is a fun but still practical standout.”

Crossovers are inherently compromises, designed to cater to people who need a large vehicle but can’t bear to own a minivan or wagon. As such, the vehicles usually feel lacking. So when I saw the $38,220 price tag on the Santa Fe Sport, I was worried. That is a lot of money to spend on a compromise.

As it turns out, by the end of the week, the Santa Fe Sport had won me over. It did everything a crossover is supposed to, take my wife and me in comfort on a long road trip, haul an exercise bike, and navigate the cramped and confusing streets of downtown Seattle with ease. Yet it had also done something more; it had done these things with a sense of purpose.

What’s in a name?

One might expect a car dubbed the Santa Fe “Sport” to be a sportier version of the standard Santa Fe, but that isn’t really the case. Instead it should probably be called the “small,” as the Sport is actually the five-seat, short wheelbase version of the seven-seat Santa Fe.

That being said, the Santa Fe Sport is surprisingly nice to drive. My press demonstrator was powered by the optional 2.0T, a turbocharged four-cylinder with direct injection. This mill puts out 264 horsepower and an impressive 269 pound-feet of torque. The result is a quick 6.5-second dash from 0 to 60.

The actual speed may not be that relevant to the average crossover buyer, but the way this powerplant delivers it should be. Thanks to a twin-scroll design, there is no hint of turbo-lag, and peak torque is available all the way from 1,750 rpm. That means the Santa Fe Sport has plenty of power — aided by an excellent six-speed automatic — for passing and darting through in-town traffic.

The suspension also deserves some praise. Despite a curb weight of 3,706 pounds in its AWD form, the Santa Fe Sport handles everything from lane changes to moderately hard cornering with aplomb.

Steering feel is adjustable via a steering wheel control — a nice touch on a family crossover — but even in sport the sensation is a bit numb. Still, when compared to the purely utilitarian Toyota RAV4, or Nissan Rogue, it feels like a sports car.

Whether on urban streets or highways the Santa Fe Sport feels completely at home. On long freeway runs the Santa Fe settles down and tracks straight — even over bad pavement. It even does pretty well on gas mileage. The EPA rates the AWD Sport at 24 mpg highway and 18 mpg city. During my long drive from Portland, Oregon to Seattle, Washington, I averaged close to 27.

Whether on urban streets or highways the Santa Fe Sport feels completely at home.

The cabin is also a very comfortable and pleasant place to be, aside from a slightly excessive amount of wind noise at highway speeds. Front and backseat passengers have ample leg and shoulder room, and the airy feeling is amplified by the full-length, panoramic moon roof, a feature that is part of the Technology package for some reason.

Despite a roomy interior the Hyundai has a surprisingly small footprint. This enables it to fit in all but the smallest spaces. While in Seattle, I was forced to parallel park in a tiny space on a steep incline. In some crossovers this would have been a herculean task, but in the Santa Fe it was a matter of a few seconds.

Nor is the urban environment the only place that the Santa Fe Sport has any credibility. Unlike most family crossovers the Santa Fe hasn’t entirely given up on all-terrain ability. In its AWD guise the Santa Fe Sport comes with a “locking” — it actually just changes allowable slip — differential to improve traction, and hill decent control. These features won’t win Hyundai any rally championships, but they will help owners get to the ski-slopes.

Part of what justifies the $38,220 price tag for a fully loaded Santa Fe Sport is the high-quality interior.

Hyundai has recently become quite adept at taking the same materials used by other mass-market automakers and giving them a premium feel. In the Santa Fe Sport, the plastic and fake wood dash and center console look truly good, thanks to intelligent use of contrasting colors and layered materials. Even my graphic designer wife was impressed, a rarity when it comes to car interiors.

At the center of that dash is an optional 8.0-inch touchscreen that runs Hyundai’s BlueLink infotainment and telematics system. BlueLink may not be our favorite system, but it does come with lots of features, and, in the Santa Fe’s, case it is well integrated with the climate controls.

The Santa Fe is available with a staggering list of features, including heated and cooled front seats, heated rear seats, parking sensors, blind spot sensors and more. During my week with the car, I felt like I only began to scratch the surface of all the car’s toys.

This made the lack of certain features all the more mystifying. The Santa Fe Sport simply isn’t available with adaptive cruise control, a staple in vehicles in the price range. This isn’t the end of the world, but it is rather frustrating especially on long journeys.

The Santa Fe does at least win some points back on utility. I used my press demonstrator to transport an exercise bike. The friend I was collecting it from really didn’t believe it would fit in the car, . With the seats down, I could have easily fit two. The seats are easy to fold, though getting them to lie flat requires removing the headrests, and the hatch is large, wrapping around the sides of the vehicle. This means that when, open it leaves a large space to load cargo.

The Hyundai Santa Fe Sport may no longer be quite the bargain it used to be, but it is undoubtedly one of the best compact crossovers on the market. It combines excellent road manners with a spacious and pleasant interior that would be equally useful transporting kids or colleagues.

In fact, I was surprised with just how much I enjoyed my time with it. Thanks to the gutsy powertrain and above average all-terrain capacity, the Santa Fe Sport feels like more than just a minivan in disguise. It isn’t perfect, but, in a segment defined by compromise, the Santa Fe doesn’t feel like one.